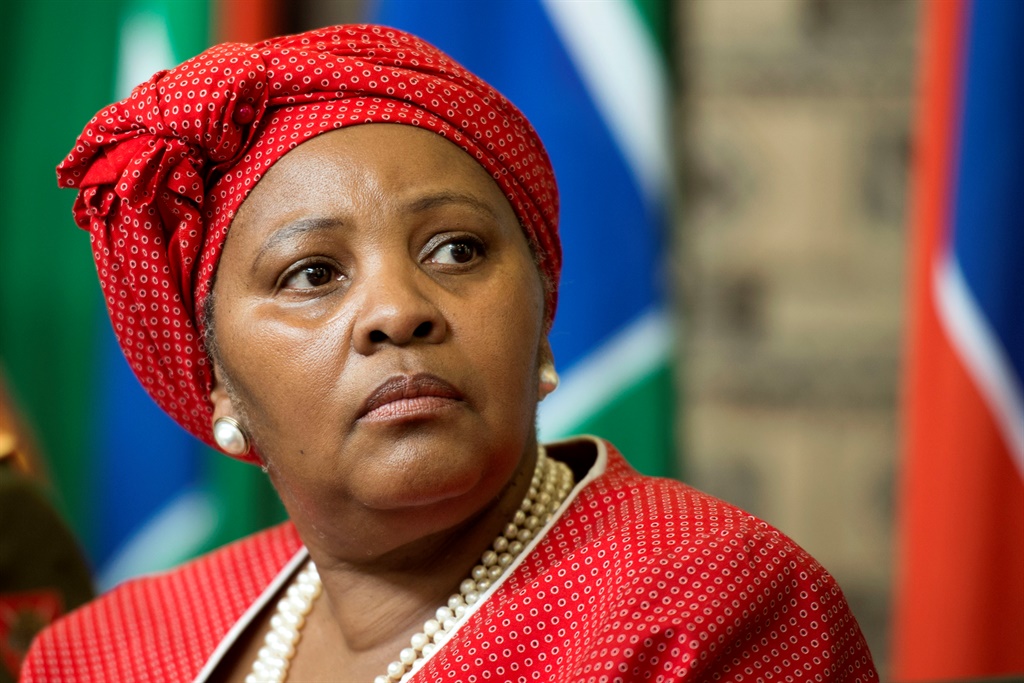 DA leader John Steenhuisen has accused National Assembly Speaker Nosiviwe Mapisa-Nqakula of protecting President Cyril Ramaphosa after she refused a request to establish an ad-hoc committee to investigate allegations around the cash theft at his Phala Phala farm in Limpopo.

According to a statement issued by Parliament, Steenhuisen requested that the committee be established in terms of the National Assembly Rule 253(1)(b), which allows for the establishment of such a committee "during the adjournment of the assembly for a period of more than 14 days, by the Speaker after consulting the Chief Whip and the most senior whip of each of the other parties".

However, Mapisa-Nqakula declined the request, seemingly because some of the investigation tasks are being undertaken by other authorities, including law enforcement.

She argued that rule 253 sets out requirements for establishing an ad hoc committee, one of which is the performance of a specific task.

"While the request proposes a committee on Phala Phala, it goes on to list various distinct tasks for investigation," the statement read.

In the nature of the proposed investigation, this is understandable. However, some of the tasks proposed are arguably, still within the purview of other entities or institutions, including law enforcement, and may indeed necessitate Parliament's attention in due course.

Reacting to the decision by the Speaker, Steenhuisen said it was a direct and deliberate move by Parliament to shield the executive and the president from the accountability required of them in South Africa's constitutional democracy.

"This act is, quite frankly, a case of history repeating itself if we consider Parliament's refusal, under the ANC, to establish an ad hoc committee to investigate the allegations surrounding former president Jacob Zuma's Nkandla homestead, which turned out to be disastrously true," Steenhuisen said.

"In fact, this act has shown the nation that Parliament and the Speaker, under the ANC, have learned nothing from the nine wasted years in which South Africa lost trillions of rands to corruption, and suffered dramatic developmental and economic regression, while our institutions merely stood by and watched."

The Speaker said the various components raised by Steenhuisen for parliamentary intervention were better suited for attention by the existing parliamentary oversight structures.

According to the affidavit Fraser gave police, Ramaphosa had kept at least $4 million in cash stashed in a couch at his game farm - and then played a part in a cover-up following an allegedly illegal investigation into the matter.

Ramaphosa confirmed the burglary but said the amount was less than $4 million.

Steenhuisen added that Mapisa-Nqakula has also not heeded the recommendations made in the State Capture Report, nor the questions raised therein surrounding Parliament's paralysis when requests for urgent ad-hoc committees and portfolio committees were called for at the time.

"Once again, Parliament is standing by and watching while our head of state is mired in serious allegations of theft, kidnapping, and the abuse of state resources - allegations which taint the Office of the Presidency and could render President Ramaphosa wholly unfit to hold public office.

The ANC is once again repurposing Parliament as a rug under which it sweeps scandal and corruption out of sight of the public eye.

Steenhuisen said the DA would consider its legal options in challenging the Speaker's decision.

"Parliament is not an extension of the ANC, and we will make sure our oversight institutions are never again sidelined to allow for cadres to revel in impunity."

Meanwhile, the Speaker also declined African Transformation Movement's (ATM) motion submitted in accordance with National Assembly Rule 129A to seek the removal of the president in terms of section 89 of the Constitution.

According to the statement, Mapisa-Nqakula wrote to ATM MP Vuyo Zungula, explaining that from reading his submission, she could not determine which of the listed grounds in section 89(1) he was relying on. "In terms of rule 129A (1) (a)(i) to (iii), the motion must be limited to a clearly formulated and substantiated charge on the grounds specified in Section 89 of the Constitution."