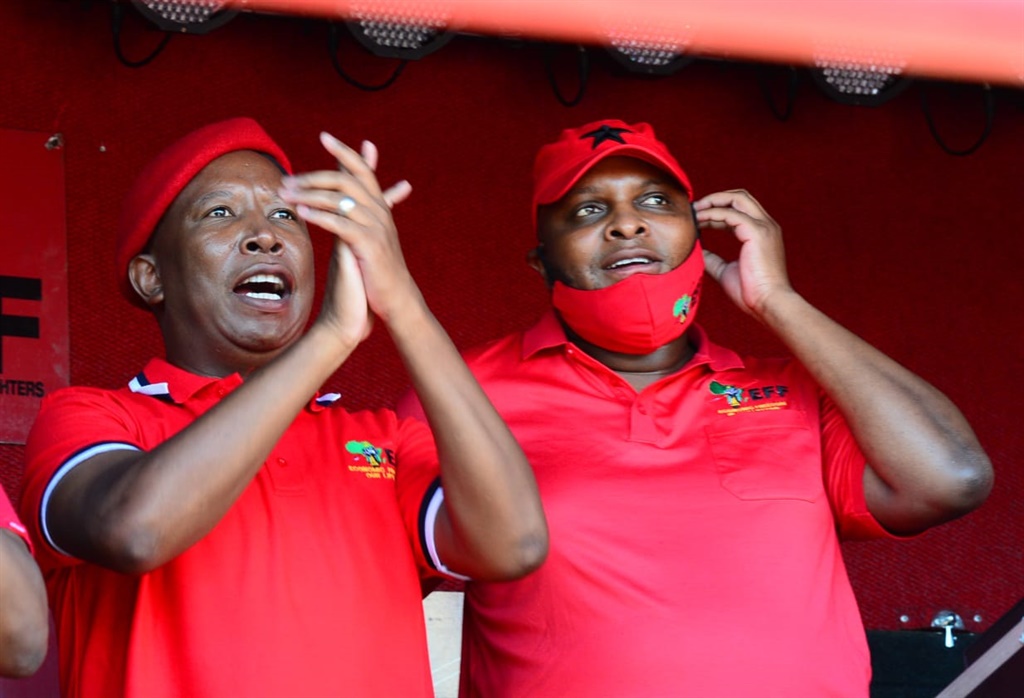 The Zondo commission has reportedly broadened its investigation into state capture to include EFF leaders Julius Malema and Floyd Shivambu, according to a report by the Sunday Times.

The report states that the commission has issued subpoenas to South Africa's major banks to provide information on more than 36 entities. These include Malema's financial records and those of his wife, Mantoa; his late grandmother, Sarah; his lawyer, Ian Levitt; his Ratanang Family Trust, as well as a number of companies linked to him.

Allegedly included on the list are Shivambu, his brother, Brian, and Brian's companies, which allegedly illegally benefitted from the R2.3 billion VBS Mutual Bank heist.

The investigators are reportedly studying the bank records after information was provided by whistleblowers. The probe is reportedly related to a number of state contracts.

According the report, the banks had complied, and investigators were now analysing the bank records.

Until now there had been no indication that Malema, Shivambu, their families and associates were a target of the state capture inquiry.

Malema told the Sunday Times he was not aware of any subpoenas for his bank records nor those of his wife and grandmother.

Levitt reportedly also said he was unaware of subpoenas regarding his accounts.

Last week, the Sunday Times reported it had seen subpoenas relating to at least 20 accounts linked to former president Jacob Zuma's family, including a TV production company – belonging to one of Zuma's daughters, Gugulethu Zuma-Ncube – that produces the SABC1 soapie Uzalo.

However, Zondo commission spokesperson Reverend Mbuyiselo Stemela would not be drawn into the furore, News24 reported earlier.

We live in a world where facts and fiction get blurred
In times of uncertainty you need journalism you can trust. For only R75 per month, you have access to a world of in-depth analyses, investigative journalism, top opinions and a range of features. Journalism strengthens democracy. Invest in the future today.
Subscribe to News24
Related Links
Ramaphosa has allowed the state to be humiliated - Malema defends EFF intent to protest in Senekal
EXCLUSIVE: ANC runs 'kickback' scheme among ambassadors and diplomats, senior officials tell Zondo
VBS fraud case: More charges and accused to be added, prosecution says
Next on News24
LIVE | Covid-19 in SA: Cases rise by 3 789 as death toll goes up by 47

Here are the results for the Daily Lotto draw
Full list of lottery results
Lockdown For
DAYS
HRS
MINS
Voting Booth
Matric results are out! Are you happy with your child's result?
Please select an option Oops! Something went wrong, please try again later.
No, the pandemic really messed up their ability to focus
34% - 943 votes
Yes, they did well given the circumstances
66% - 1814 votes
Previous Results
Podcasts
LISTEN | The Inge Lotz Story - a miscarriage of justice