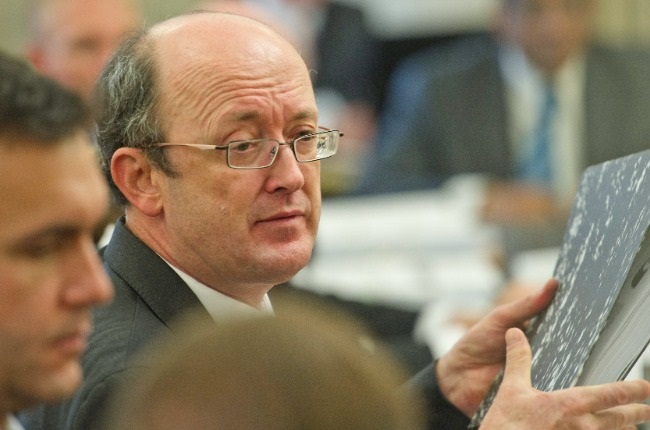 Kennedy's co-accused, who cannot be named until he has pleaded to the charges, appeared in the Gauteng High Court in Johannesburg on Monday.

Kennedy took his life at his Johannesburg home on 21 February, just a week before he was meant to return to court.

Dube formally withdrew the charges against the well-known advocate, who also acted as a high court judge.

Kennedy was facing three counts of rape and compelled rape, while his co-accused has been charged with two counts of rape, multiple counts of human trafficking, and the sexual grooming of children.

He allegedly facilitated arrangements for the victims to travel to Johannesburg, where the boys were allegedly raped and sexually assaulted.

News24 previously reported Kennedy was set to be charged with attempted murder after one of his alleged victims tested positive for HIV.

During a previous court appearance earlier in February, Kennedy and his co-accused were ordered to take HIV tests after it emerged that one of the victims, a teenage boy, had tested positive for the virus.

After receiving the results of the blood tests, Dube, without revealing the results, said the State would charge both accused with attempted murder.

However, she said the indictment had to be amended after receiving the HIV tests, which were performed on Kennedy and his co-accused on 1 February.

While the matter against Kennedy was withdrawn because of his death, his co-accused is expected to be charged with attempted murder once the indictment is amended.

Joining of other cases

Dube asked the court for a postponement on Monday, saying the State had been made aware of other cases against Kennedy's co-accused and that those cases would be joined.

She explained that, while charges would be added against the accused, the State also had to amend the charge sheet following Kennedy's death.

The matter was postponed to 11 April.

Never miss a story. Choose from our range of newsletters to get the news you want delivered straight to your inbox.
We live in a world where facts and fiction get blurred
In times of uncertainty you need journalism you can trust. For 14 free days, you can have access to a world of in-depth analyses, investigative journalism, top opinions and a range of features. Journalism strengthens democracy. Invest in the future today. Thereafter you will be billed R75 per month. You can cancel anytime and if you cancel within 14 days you won't be billed.
Subscribe to News24
Next on News24
BREAKING NEWS LIVE | ANC second in command Paul Mashatile now an MP, gearing for deputy president role