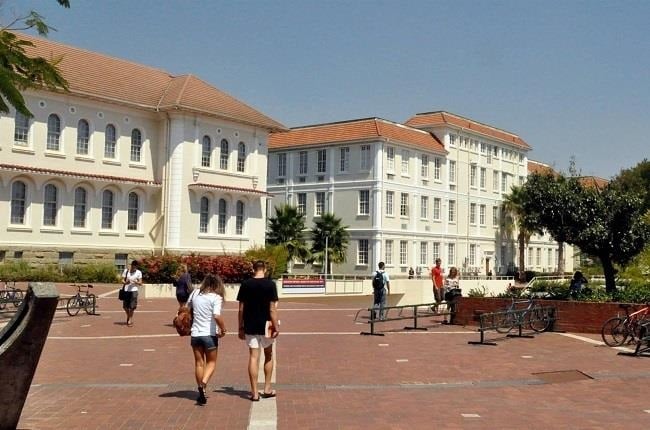 According to the JV/S, during the law dance last Thursday, a student was made to feel "humiliated when another law student allegedly verbally abused her".

"It involved the request by an Indian student that an Indian song be played. Upon this request, a white law student allegedly made abhorrent racist and defamatory comments that are offensive and degrading," it said in a statement.

The JV/S added the comments were reportedly witnessed by another law student, who failed to assist in the matter and laughed in response when asked for help from the victim.

"Up until this date, the victim has not received a satisfactory apology for harm suffered.

It said it was further disgusted at the incident at Huis Marais over the weekend where a student's belongings were urinated on by a fellow student.

The university announced the suspension of Theuns du Toit on Monday. He has been removed from the residence.

Babalo Ndwayana was asleep in his room on Sunday morning when Du Toit entered it and urinated on his desk, books and laptop.

A video, which was widely shared on social media, showed him urinating on a desk.

The person who is filming asks him why he is "peeing in [his] room".

Du Toit mumbles he is "waiting for someone".

According to Ndwayana, when the recording stopped, the student told him "it's a white boy thing", which he interpreted to mean "this is what they [white boys] do to black boys".

Du Toit then leaves the room.

The JV/S said: "This dehumanising incident by the perpetrator, who felt entitled and safe to conduct such actions, is partly due to the entrenched societal protection of white individuals in this country.

"We, as the JV/S, acknowledge the stark reality of black and marginalised groups within Stellenbosch that have and are constantly being subjected to systemic racism. The guise of free speech to belittle and undermine black people and minority groups within this faculty will not be tolerated."

News24 reported calls have been growing for the expulsion of Du Toit.

Police confirmed on Tuesday they are investigating the incident.

"The JV/S calls for expulsion, pending the results of the investigation of the Equality Unit if held to be of a racist nature. Upon this finding, the JV/S implores the institution to show its commitment to anti-racism by treating all acts of racism on campus with the highest priority, seriousness and punishment possible," it said.

A petition calling for the expulsion of Theuns du Toit, a white Stellenbosch University student who is at the centre of an allegedly racist incident that occurred at a student residence over the weekend, has already garnered nearly 21 000 signatures.https://t.co/Sg8tC5kp0W

On Tuesday, rector and vice-chancellor Professor Wim de Villiers said an investigation was also underway into an alleged incident that occurred at the Law Dance.

"University authorities are in discussion with individuals, attendees of the dance, faculty leadership and student representatives to ascertain the facts at hand as well as more information about the formal complaint by the affected student.

"Authorities have also met with the affected student, and she has also been assisted in the process of reporting the matter to the university's Equality Unit. The Law Faculty will also ensure that she has access to the necessary counselling services."

De Villiers added the university took note of the public statement issued by the JV/S and would engage directly with it as a key stakeholder in the matter.

"Racism or prejudice of any form has no place at Stellenbosch University. If it occurs, it will be dealt with to the full extent of the applicable laws and regulations as a matter of principle," he said.

Editor's note: This story has been updated to correct the name of the organisation to the Juridical Society.

Never miss a story. Choose from our range of newsletters to get the news you want delivered straight to your inbox.
We live in a world where facts and fiction get blurred
In times of uncertainty you need journalism you can trust. For 14 free days, you can have access to a world of in-depth analyses, investigative journalism, top opinions and a range of features. Journalism strengthens democracy. Invest in the future today. Thereafter you will be billed R75 per month. You can cancel anytime and if you cancel within 14 days you won't be billed.
Subscribe to News24
Next on News24
BREAKING NEWS LIVE | Action Society wants probe into Bheki Cele's conduct