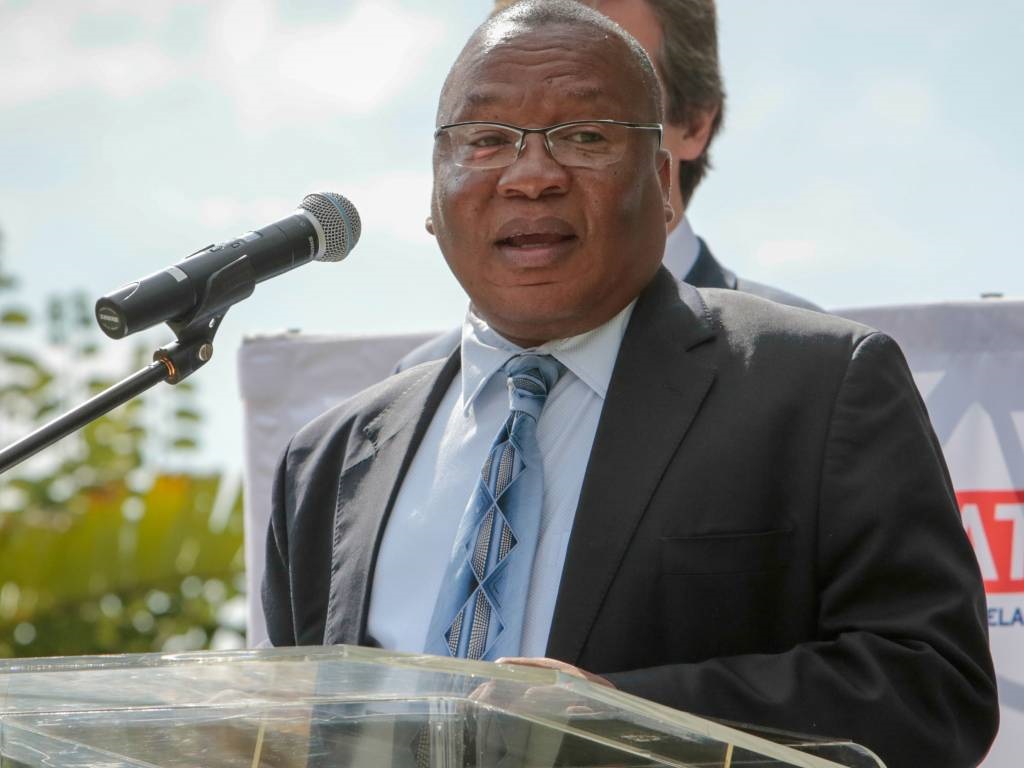 The suspended director-general of the Department of International Relations and Cooperation, Kgabo Mahoai, says the R118 million New York deal to buy land that didn't exist was orchestrated, and he allowed payments so that former Minister Maite Nkoana-Mashabane could "prevail".

This comes as Mahoai was found guilty of gross negligence, gross dereliction of duty and breach of legal obligation, as well as irregular, wasteful and fruitless expenditure.

Judge Cynthia Pretorius handed down judgment in his disciplinary case on 23 August.

He told the committee:

Remember, there was collusion here. I allowed payment, so minister could prevail. After all, she always reminded me, I am the acting DG, if there is litigation I [Minister] would be the first respondent. I allowed payment so that she prevails.

On 4 March 2016, Dirco published a tender for the appointment of "a development partner, for the design, construction, operation, maintenance and finance of the suitable and sustainable office" and residential accommodation for the South African Diplomatic Missions in Manhattan, New York City.

The tender closed on 16 April 2016, and on 27 May that year, it was awarded to Simeka Group Pty Ltd/JV Regiments Capital Pty Ltd.

The joint venture had never been tendered for this project.

In her judgment, Pretorius said on 28 March 2017, that Mahoai had approved the payment of $9 million (roughly R117 million) to the Simeka Group.

"It is common cause that the employee had approved this payment. His evidence was that it was an approved pre-payment to the service provider based on a PPA agreement signed between Dirco and Simeka JV Regiment Capital, as the appointed development partner through Dirco tender 10/2015/16, approved on 17 May 2016 by the former director-general of Dirco," she said.

Mahoai told the committee that he had not been aware of the project before 9 November 2016.

This was when he sent a letter to the National Treasury, by request of the Chief Financial Officer, for approval to conclude a long-term lease.

"Treasury advised that the feasibility and procurement phases had already taken place and therefore Treasury was granting exemption from the requirements of Treasury Approval I and II, but that Dirco had to obtain Treasury Approval III (TAlll) according to the provisions of Regulation 16.

"The employee thus knew from 15 December 2016 that TAlll was outstanding, and no agreement may be entered into until TAlll approval had been obtained from National Treasury," Pretorius said.

Dirco has lost R118 million it paid as an upfront fee to buy a piece of land to build office space and accommodation for South Africa’s permanent missions to the United Nations and the country’s Consulate General in New York. | @vercingetorics https://t.co/QhVxgTSRQW

Nevertheless, without the required TAIII from National Treasury, he went ahead and signed the PPA, an agreement that does not exist in the Public Finance Management Act, and approved the payment of $9 million.

"He had known since December 2016 that National Treasury did not approve the project, as TAIII had not been complied with. The National Treasury, in a letter dated 25 January 2017, informed him that the government’s chief procurement officer does not agree with the decision of Dirco to appoint Simeka," it said.

It is still unclear if Mahoai will appeal the decision.