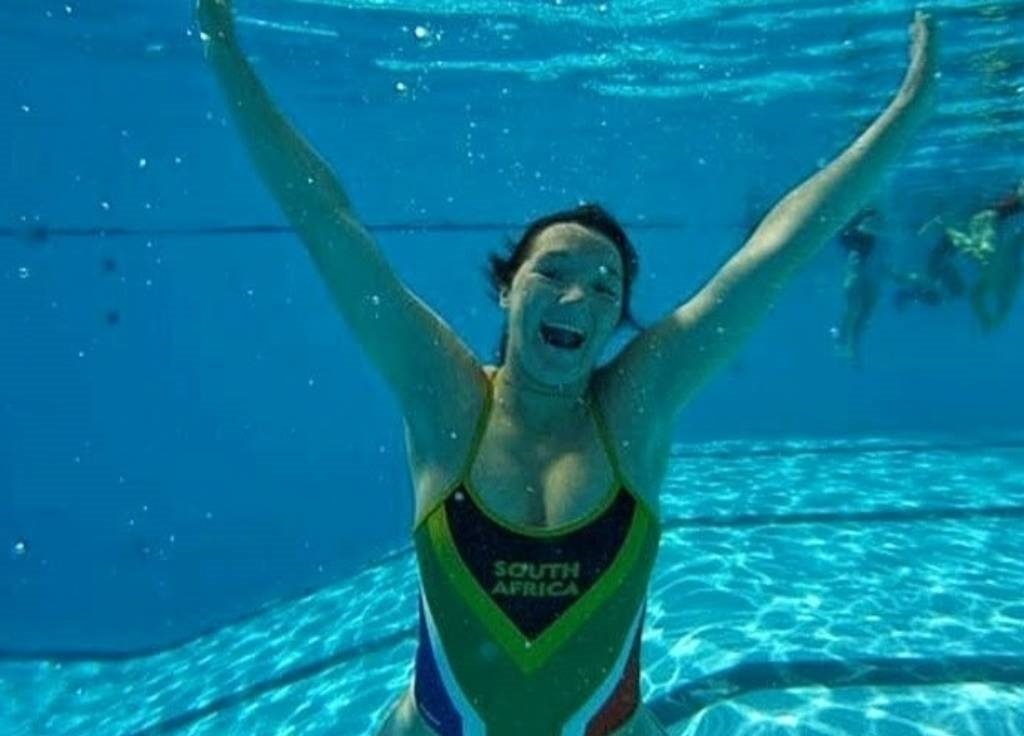 A novice swimmer took on the 7.4km Robben Island crossing to raise funds for the SA Bone Marrow Registry (SABMR).

Christine Roos, 29, hoped to raise R50 000 for the SABMR after the organisation lost around R1 million in potential fundraising income last year.

Roos, from Benoni in Gauteng, tackled the swim in the cold Atlantic Ocean on Wednesday to raise the funds through a BackaBuddy campaign.

The funds will go toward the SABMR's Patient Assistance Programme, which provides financial assistance to families who cannot afford the cost of finding a suitable donor.

The SABMR was established in 1991, motivated by the concern that, although bone marrow transplants were a life-saving treatment option, they were only available to patients with a matching donor in their family. The SABMR searches both locally and internationally for donors.

Kamiel Singh, the head of sustainability for the SABMR, says the NGO has been trying to recoup lost funding, after the majority of the organisation's fundraising events were cancelled last year due to lockdown restrictions.

"It is tough to estimate, but we're looking at a loss of around R1 million in potential fundraising income. We were, however, still able to assist patients in need as that is what drives us. The more funds we raise, the more patients we are able to assist," he explains.

The SABMR primarily raises funds through events, such as Charity Golf Days, auctions and sporting events.

"Due to the government's regulations on gatherings, sporting events and all in-person events nationally were cancelled last year. We were only able to host our golf day in Cape Town in December 2020, with limited numbers," said Singh.

Roos signed up as a bone marrow donor at a registration drive in Gauteng two years ago.

"I decided to become a bone marrow donor because I thought that, if my family needed a transplant, I would hope someone would step up and donate. There are 60 million South Africans, but only 70 000 people on the transplant list. It's such a simple procedure that anyone can save a life," she explained.

To raise funds for the SABMR, Roos previously competed in the 94.7 Cycle Challenge as part of a team of cyclists. The team raised R150 000, but with the funding shortage in mind, Roos felt she had to do more.

The swimming challenge has been months in the making, with Roos training in her gym's pool for most of her preparation.

"You can imagine how many lengths that was!" she said.

She also took her training to dams around Gauteng and the Vaal River.

Roos said she had always wanted to complete a long open-water swim.

"It is on my bucket list to swim across the English Channel. This is the first step toward that," she said.

Depending on the patient's need, the SABMR can either partially or fully cover the costs of the search for, testing and verification of a suitably matched bone marrow donor, at no cost to the patient.

Funding can also be set aside for collecting the healthy stem cells.

"We are extremely grateful to Christine for championing this cause and making life-saving treatments available to more patients. She's a true hero," said Singh.

1 person bags the Daily Lotto jackpot
Full list of lottery results
Lockdown For
DAYS
HRS
MINS
Voting Booth
Would you choose to continue working from home after the coronavirus lockdown if given the option?
Please select an option Oops! Something went wrong, please try again later.
Yes, it's much better for me
40% - 7379 votes
No ways! I can't wait to get back to the office
12% - 2145 votes
A mixture of both would suit me best
48% - 8879 votes
Previous Results
Podcasts
PODCAST | MISSING MATTHEW EPISODE 3: Decades of false starts add to a family's despair