The Department of Tourism celebrated World Wildlife Conservation Day in a tweet on Sunday, but left some confused with an image which included animals not indigenous to South Africa.

But it also featured an Asian elephant, a Javan Rusa deer, a tapir and a tiger.

The tweet, sent at 07:00 on Sunday, reads: "Today is #WildlifeConservationDay! An integral part of the SA tourism offering, our fauna and flora remain one of our greatest assets. Let's play our part by implementing sustainable practices in the tourism sector . #ResponsibleTraveller #ShareSouthAfrica."

Twitter users were scratching their heads with regard to the image.

Some called it embarrassing and a "fail". 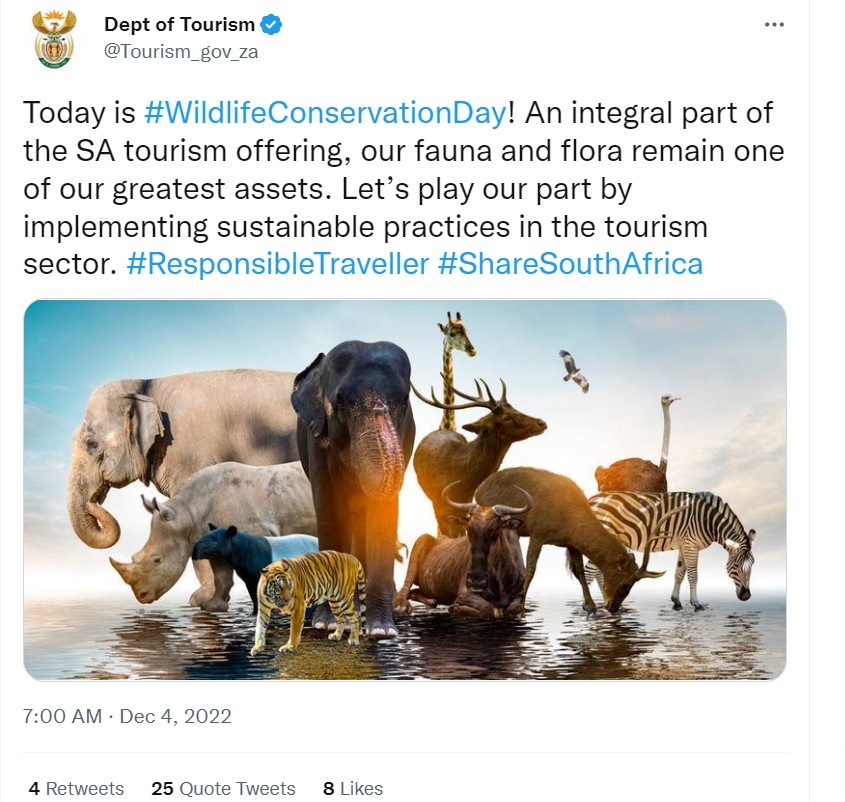 A tourism department tweet that has since been deleted (Screenshot)
News24

One user said: "My hat! @Tourism_gov_za seem to believe we have Asian elephant, Tapir, Tiger and deer amongst our (South Africa's) wonderful natural assets."

Another tweeted: "@SANParks please come this side, explain to @Tourism_gov_za that #ShareSouthAfrica is unlikely to include sharing tigers and tapirs, and maybe we should market African elephants?"

The spokesperson for the tourism department, Susan de Bruin, told News24 it was an international day "that focuses on fauna and flora across the globe, hence the picture".