Inside Enyobeni Tavern, where 21 teenagers - aged 13 to 17 - were killed in the early hours of Sunday morning.
Malibongwe Dayimani

Note: An earlier version of this article stated that experts had found traces of carbon monoxide in the victims' bodies. This was inaccurate. The evidence pointing to carbon monoxide poison was drawn from external observations and preliminary analysis.

Carbon monoxide poisoning has emerged as a possible cause of the death of 21 teenagers at Enyobeni Tavern in Scenery Park, East London on Sunday.

Sources close to the investigation believe the children - aged 13 to 17 - could have been killed by toxic fumes that may have emanated from a petrol generator that was suspected to have been used inside the tavern.

Preliminary investigations point to the release of carbon monoxide in the tavern.

READ | Tavern tragedy: We 'jumped off the balcony' to escape after bouncer locked door - survivors

Preliminary autopsy results are expected to be announced later this week.

A source said police crime scene experts found a petrol generator inside the venue where hundreds of young revellers partied from Saturday night into early hours of Sunday morning.

It's unclear whether the petrol generator was running and how long it was on for. However, witnesses and survivors who were at the tavern during the incident confirmed power had gone off at the venue, although there was no load shedding schedule.

The chief medical officer at the East London mortuary, Dr Solomon Zondi, told the Mail and Guardian a gaseous explosion at the tavern could be linked to the deaths.

He suggested a gaseous substance was released.

The Eastern Cape health department has confirmed forensic experts are doing a further analysis of samples the department sent to the University of Cape Town.

A source told News24 that analysts at UCT's forensic pathology laboratory are finalising their work and would be going through the victims' stomach contents and conducting blood tests. 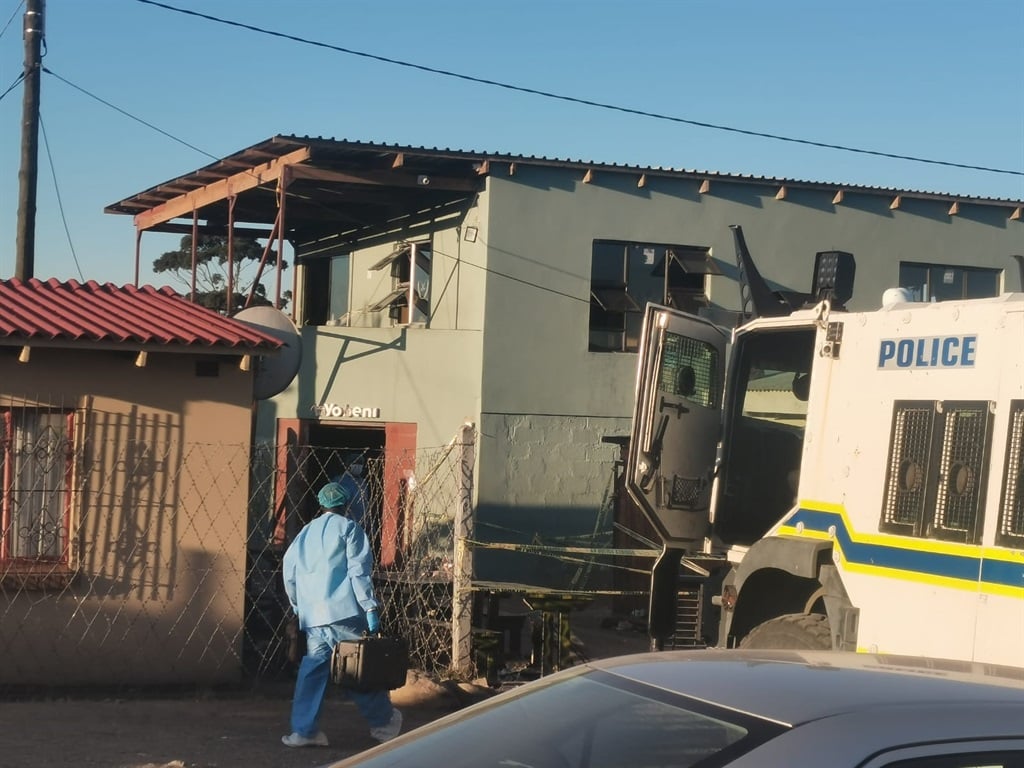 She said the results would be sent to the police.

Dekeda added that the fact that the samples were sent to Cape Town did not mean there was a lack of capacity in the Eastern Cape.

"This is merely part of the routine work, that samples would be taken to Cape Town for further analysis, especially when there is an intervention at a national level," Dekeda said.

The health department said it treated and discharged 16 survivors at its Empilweni Gompo Health Centre on Sunday. Eastern Cape police spokesperson Brigadier Thembinkosi Kinana declined to comment on the preliminary results and said the matter was still being probed.

The investigation into the incident is still ongoing. No new information is available at this stage and no arrest made. A statement will only be released once there is a development.

The 12 girls and nine boys died mysteriously after attending a party at the Scenery Park venue where free rounds of alcohol, wifi and photoshoots were promised to attendees.

Scenery Park police were called out at about 04:00 on Sunday, following reports of lifeless bodies at the tavern.

Upon their arrival, they found 17 dead people inside the double-storey building. They later established that two other people died at a local clinic, another died in hospital and another died en route to a hospital.

Scenery Park is divided into two municipal wards - Ward 5 and Ward 7, each represented by its own councillor.

The settlement, which is a combination of state-built houses and shacks, is one of the most underdeveloped areas in the Buffalo City Metro (BCM).

Speaking at a community meeting in Scenery Park on Tuesday, South African National Civic Organisation (Sanco) regional treasurer, Nomthunzi Mbiko, said one of the reasons teenagers in the area go to taverns is because the municipality does not build recreational facilities for them in the area.

These children of this area are bored because there are no facilities, so they turn to drinking to pass time. The municipality must build parks [and] invest in sport, starting by refurbishing the local stadium so that our children can play sport and stay away from taverns.

She added that Sanco would take the BCM to task for only pledging to allocate free graves to each of the victims of the tragedy.

"That is unacceptable from our local government. We will go door to door, visiting all the victims' families to do a needs assessment and take the report to the metro so they can help the families accordingly. They must give financial support," Mbiko added.

She also said Sanco would fight any government attempts to set up a "useless and wasteful" commission of inquiry into the mass death of the youth because commissions are open to corruption.

"Too much money is spent on these inquiries, which benefit certain individuals. We say away with that," Mbiko added.

She was addressing around 120 community members at the scene of the tragedy on Tuesday.