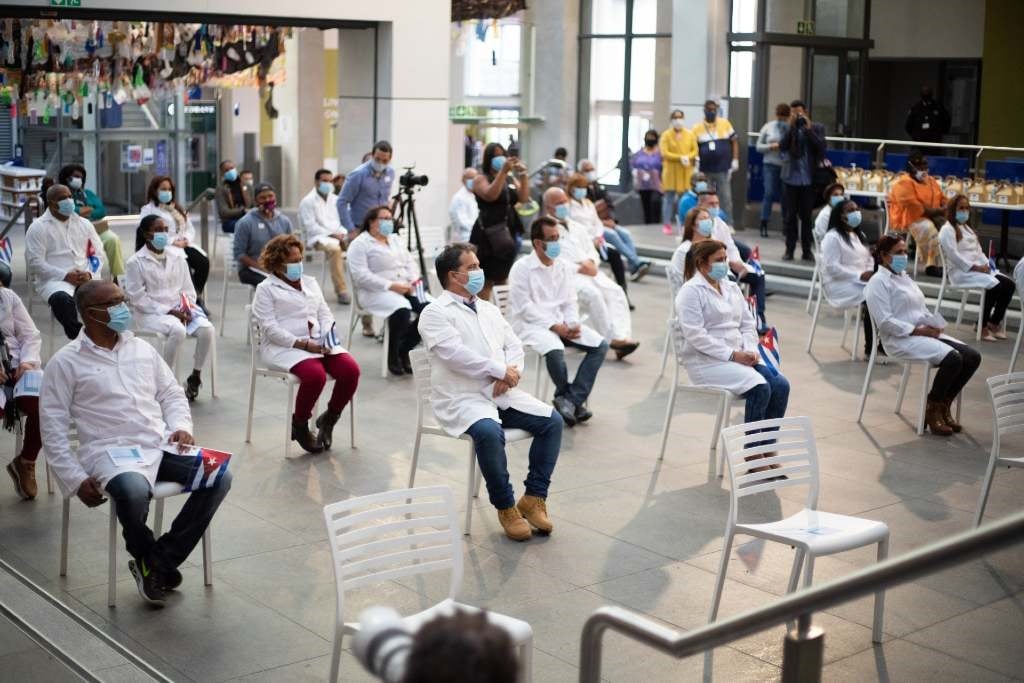 The Cuban medical brigade is remaining in the country for another 12 months.

This time, the government is forking out R83 million in salaries for specialists in areas in which South Africa has shortages.

The health ministry has defended the government's move, reiterating that though skills of the Cubans were available in the country, it was limited in number and not equitably distributed across the nation.

Lucky Sunday for 3 Daily Lotto players
Full list of lottery results
Lockdown For
DAYS
HRS
MINS
Voting Booth
Facebook is facing a fresh crisis after a former employee turned whistle-blower leaked internal company research. Do you still use Facebook?
Please select an option Oops! Something went wrong, please try again later.
Yes, the benefits outweigh the risk for me
32% - 2538 votes
No, I have deleted it
38% - 2998 votes
Yes, but I am considering deleting it
31% - 2450 votes
Previous Results
Podcasts
PODCAST | Ballot Box: Why Facebook is not doing enough against election misinformation