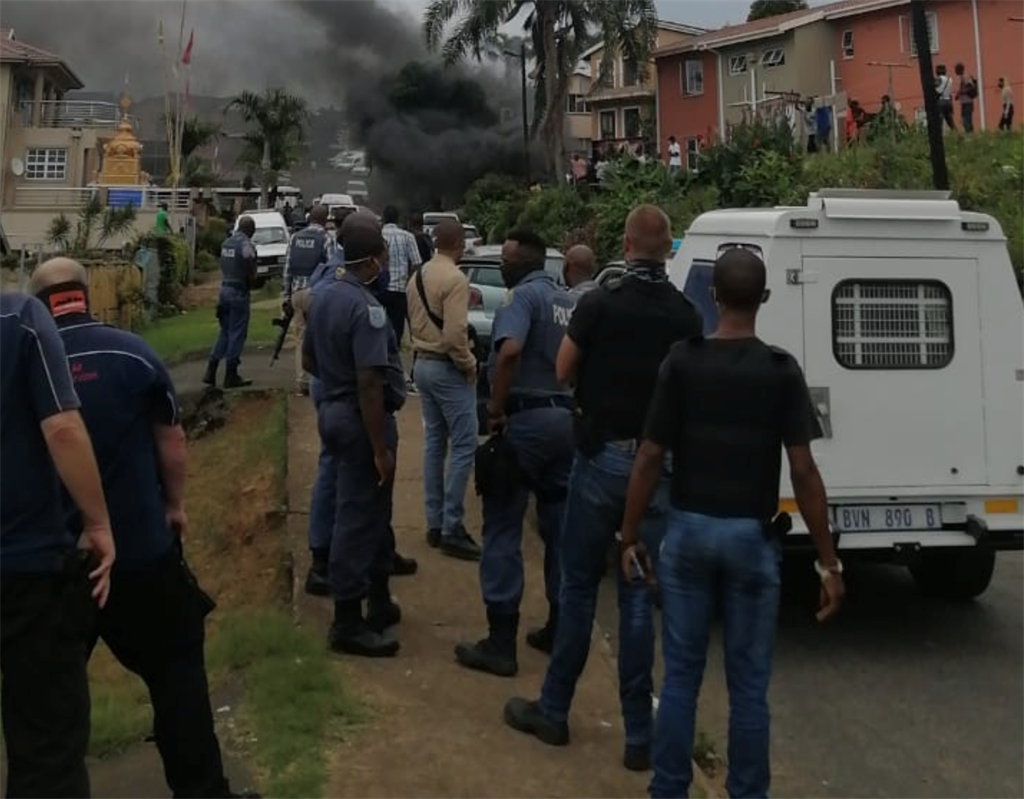 The decapitating and setting alight of two unknown men who allegedly killed a suspected Durban drug kingpin may have been an act of vigilantism borne out of a mistrust in the police to do their work, or could have been a message to rival groups; either way, the killers acted with impunity.

This according to crime expert Dr Guy Lamb who is the director of the safety and violence initiative at the University of Cape Town.

Alleged drug lord Yaganathan Pillay, also known as Teddy Mafia, was shot twice in the head in his home in Shallcross, Durban, on Monday afternoon.

He was rushed to hospital in a private vehicle but died from the injuries he sustained.

Both men were then shot, according to Metro Police spokesperson Superintendent Parboo Sewpersad, before their bodies were dragged to the middle of a street, where they were decapitated and set alight.

News24 has seen videos in which an unknown man grabs an axe from another man and begins to hack away at one of the dead men.

Shortly after separating one of the heads, hitting it away with the axe, a shot is fired by another man, chasing onlookers away from the scene.

An image shows both decapitated men lying in the street, while another video shows men putting tyres on their bodies which have already been set alight.

When the police arrived on the scene, they were also met with violence and resistance as residents allegedly opened fire and attempted to stone officers who were trying to gain access to the crime scene.

Lamb told News24 acts of vigilantism have been an issue in South Africa for a long time and it indicated that communities did not trust the police to do their job.

There was also mistrust in the justice system and communities would resort to mob justice in a bid to seek instant justice, he added.

"Such acts are also indicative of a dysfunctional police station or station commander who the community believes are ineffective or corrupt.

"The public nature of the violence is also to demonstrate punishment and is meant to act as a deterrence to other criminals in any area.

"Furthermore, if there is a perception that the state is not able to perform its duties, then people will believe that they can get away with enforcing and handing out punishment on their own without legal authority."

Lamb said vigilantism and acts of mob justice were often emotional and reactionary, therefore not calculated. "A typical example where consequences of the actions taken are not thought through as the incident unravels as people get caught up in the moment where anger translates into ferocious violence and brutality."

However, in the case of Teddy Mafia's murder, which appears to be a hit, the killing of the alleged culprits may have been carried out by associates of Mafia as a message to other rival groups.

This would also explain the public nature and the violence metered out, Lamb said, adding the killings would act as a message of what sort of consequences awaited anyone who attempted to kill other leaders in the area.

"Mafia would have also had a strong network in the area he lives in, and him being a prominent person in the community could have also led to the sort of reaction seen on Monday afternoon," Lamb said.

"Alleged criminal syndicates and leaders are often viewed as Robin Hood-type characters as the proceeds of crime often go back into the community, so if he were killed, it would directly affect the community."

Crime syndicates would also purposely and strategically look after their community so they were given cover and protection, he added.

"Whether an act of vigilantism because of mistrust in police, a message by associates of Mafia or the community seeking revenge because of who was killed, there was a total sense of impunity and disregard for the law."

Here are the Daily Lotto numbers
Full list of lottery results
Voting Booth
Have you and your family been counted in Census 2022?
Please select an option Oops! Something went wrong, please try again later.
Yes
48% - 1281 votes
No
52% - 1415 votes
Previous Results
Podcasts
PODCAST | The Story: How one incident at Stellenbosch University sheds light on deeper issues