The Dikos speak: 'PPE tender was an error of judgement' 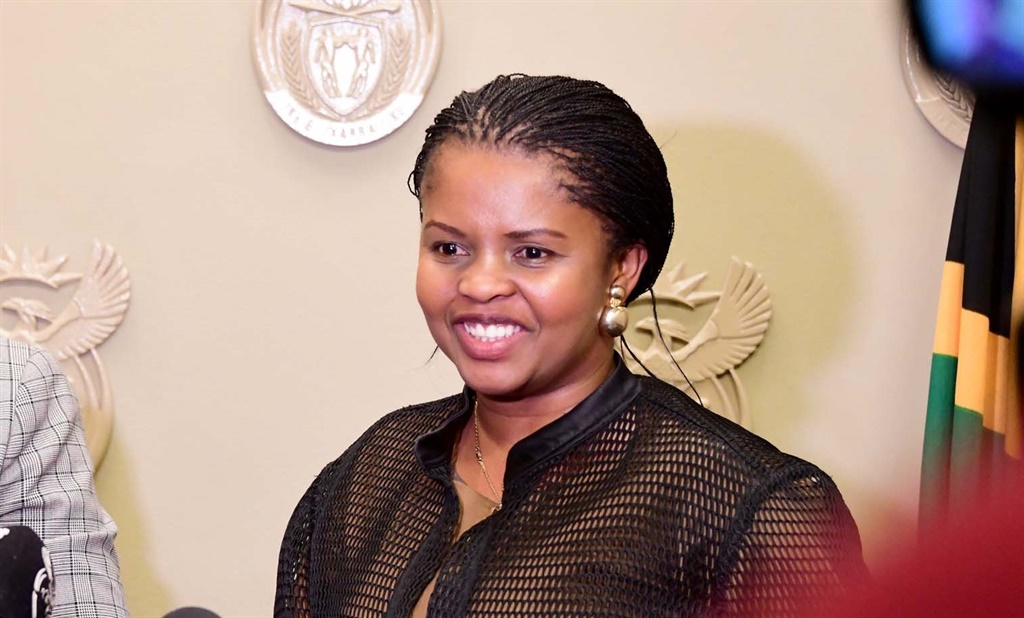 President Cyril Ramaphosa's spokesperson, Khusela Diko, and her husband, Chief Madzikane II Thandisizwe Diko, have sought to give their side of the story in the saga over a R125 million personal protective equipment (PPE) tender awarded to the king by the Gauteng health department.

The PPE procurement was part of the government's efforts to combat the spread of the Covid-19 pandemic and are a much-needed resource by those on the frontlines.

The two, in a joint statement on Wednesday, addressed the tender awarded to the chief's Royal Bacha projects, the public outrage over the claims, their relationships with Gauteng Health MEC Bandile Masuku and his wife, Loyiso, who is an MMC in the City of Johannesburg and his appointment to several boards.

After the tender scandal was made public, it emerged Diko was appointed to several boards of state entities, including the Johannesburg Market, Ingwe TVET college and the Culture, Arts, Tourism, Hospitality and Sport Sector Education and Training Authority.

"I deeply regret that these efforts to earn an honest living and improve the well-being of my people are now mired in controversy," the king said in the statement.

Diko also announced he would step down from his role as an independent audit committee member of the Johannesburg Market, which he says was a position he had earned and not the result of "unwarranted political office".

He added this would also spare the market the public scrutiny of being associated with him.

The president's spokesperson has also taken a leave of absence from all her government roles, pending an investigation into the matter.

Diko said the matter continued to draw outrage from society, even in the absence of evidence showing anything illegal had taken place.

He insisted his company had attempted to cancel the contract, describing the move to seek business with the Gauteng health department as "an error of judgement".

"We accept that years of cronyism have created an environment of mistrust and suspicion when individuals, who are close to political office and influence, are seen to be benefiting from the state in ways that may be unethical."

The couple said they acknowledged the outrage expressed over the claims, adding the ongoing inquiry into state capture showed the correlation between public office and influence.

The Dikos' relationship with the Masukus has also been at the centre of the claims, which the pair said had existed long before any of them assumed public office and was never kept secret.

"Over the years, prior to any of us ascended to public office and positions, some members of our families contemplated several business partnerships due to our strong bonds and aspirations in various endeavours, including agriculture and community healthcare among others,” said the Dikos.

They claimed none of the business plans had materialised.

"In the current atmosphere, we accept that such a history between our families will raise suspicion and concern.

We live in a world where facts and fiction get blurred
In times of uncertainty you need journalism you can trust. For 14 free days, you can have access to a world of in-depth analyses, investigative journalism, top opinions and a range of features. Journalism strengthens democracy. Invest in the future today. Thereafter you will be billed R75 per month. You can cancel anytime and if you cancel within 14 days you won't be billed.
Subscribe to News24
Related Links
Why did Ramaphosa wait for spokesperson Khusela Diko to take leave? MPs ask
ANC in Gauteng to hold meeting to discuss awarding of controversial PPE tenders
167 companies got tenders for Covid-19 work, R159m the highest amount paid - Gauteng health dept
Next on News24
BREAKING NEWS LIVE | There's no truth to social media posts of a wedge between DA and I - Mpho Phalatse