The new normal: Schools adjust to the Covid-19 pandemic 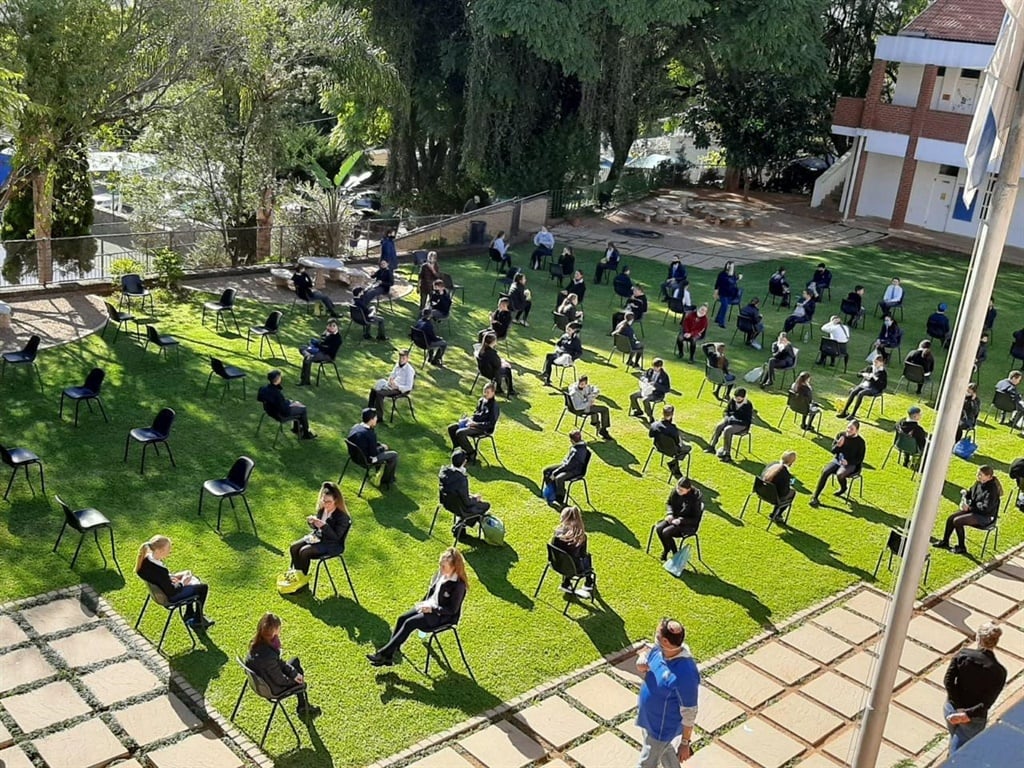 A photo of pupils during lunchtime at King David Senior Primary school in Linksfield, Johannesburg, has demonstrated the new normal for pupils during the Covid-19 pandemic.

The image, which has been widely circulated, shows chairs spaced out while pupils sit and eat their lunch under the watchful eye of two staff members.

"The school is adhering to all the required safety protocols and guidelines that have been gazetted and sent to schools by the Department of Basic Education," head of the school, Shelly Freinkel, told News24 on Tuesday.

"The students are tremendously excited to return to school and see one another. That said, in order to be able to supervise the short breaks as physical distance is required, we chose to have them keep their distance yet be able to still socialise with a friend," she said.

In addition, more than 90% of the Grade 7s group who returned cannot share equipment or other things such as food and "free play" will not be permitted as it is not in line with school and government requirements.

The school has been teaching remotely for the past six weeks and will continue to do so via Zoom for pupils who opt out of physically returning to school.

The school also welcomed the return of around 90% of matrics on Monday through full adherence of the  legislated guidelines, including but not limited to screening of all who enter the premises, physical distancing at all times, sanitising/washing of hands as well as an educational component for ongoing understanding of the needs for all hygiene requirements.

The head of marketing at the school, Jodi Starkowitz, said while the return of the other grades was not a rushed process, they anticipate the return of Grade 11s on 17 June. Learners at King David's High School in the classroom. "The return dates for grades is dependent on ensuring that the previous grade is in full compliance with all regulations and the school feels it can accommodate additional grades through using existing capacity or through staggering of days and times," she added.

These are just a few examples of how schools are adapting to teaching and learning during the time of Covid-19.

While the reopening of schools has been postponed to 8 June, some public and private schools in the province were able to resume with class as Grade 7 and 12 pupils returned on Monday as directed by Basic Education Minister Angie Motshekga on Friday.

News24 visited Bryanston High School, which is a quintile 5 public school, on Monday, where Grade 12 pupils were dressed in civvies instead of school uniform to adapt to the new normal.

Principal John Skelton told News24 this was due to pupils having to wear the same blazer every day that could be risky in terms of the virus.

He said teachers who were over 70 or have underlying conditions would be teaching via live streaming at home.

"At break time, we could see that they were itching to go out onto the field to play a game of soccer, but fortunately managed to overcome the temptation," executive headmaster Patrick Lees said. The CEO of the Beaulieu group of schools also welcomed the return of its Grade 7 and 12 pupils this week which saw Beaulieu College implementing various changes, including the rotation of uniforms.

"In terms of uniform, we have done it as Bryanston. In a few weeks, we will start to rotate between our sport uniform, formal uniform and civvies so that clothes aren't worn consecutively for three days," Gary Botha told News24 on Tuesday.

In addition, a 1.5m-distancing rule has been applied in classrooms. Where it is difficult for younger pupils to do so, the group has brought in desk screens for their return.

Each child has been given two masks with their names written on it and the school has an electronic system for health declarations.

"We did not want a paper-based system. We developed an electronic means for people to submit their health declarations on a daily basis after they get screened

"[And] for those learners who cannot return due to anxiety and those with comorbodities, our online offering is still going," Botha said. 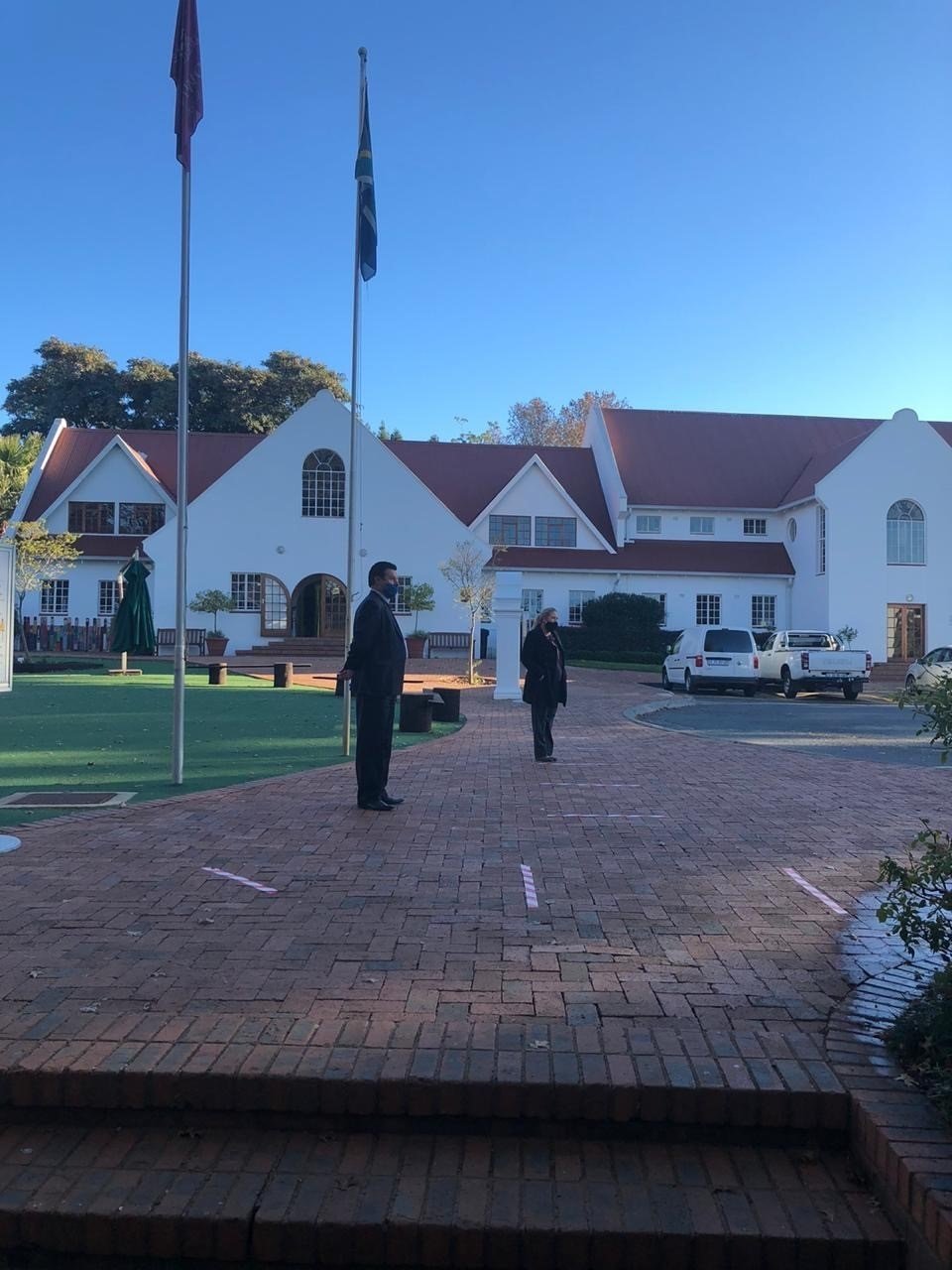 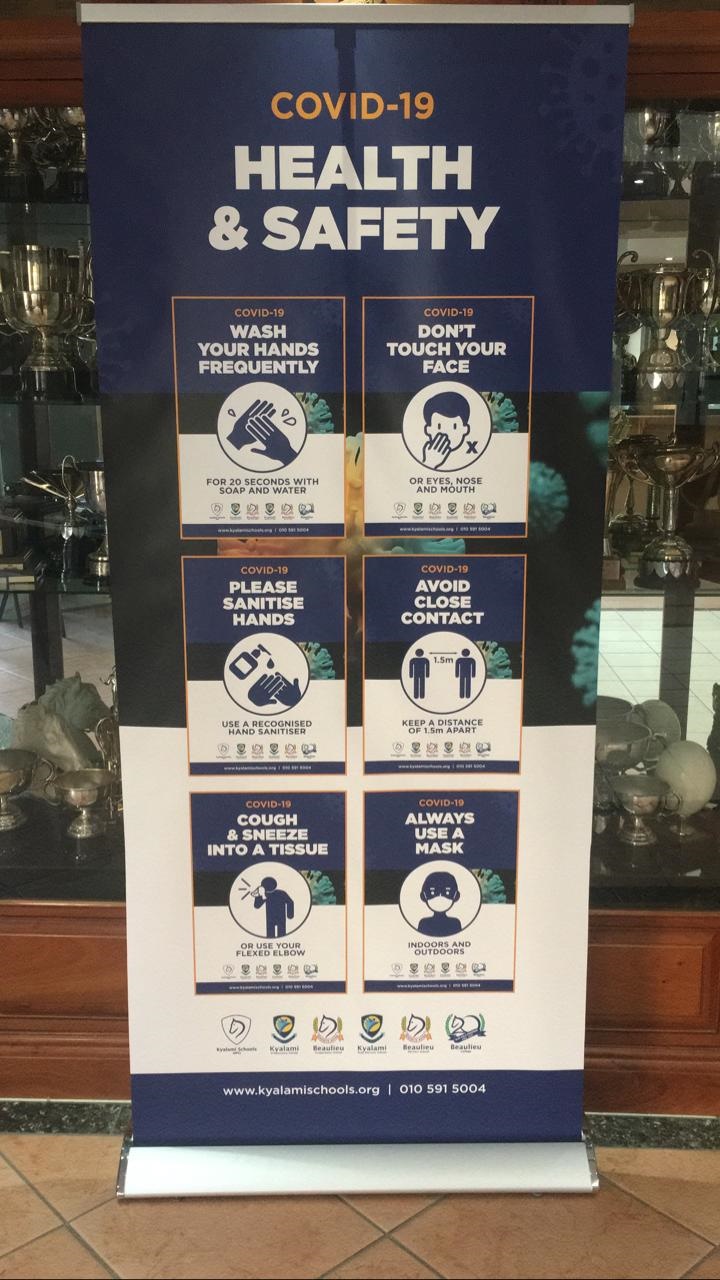 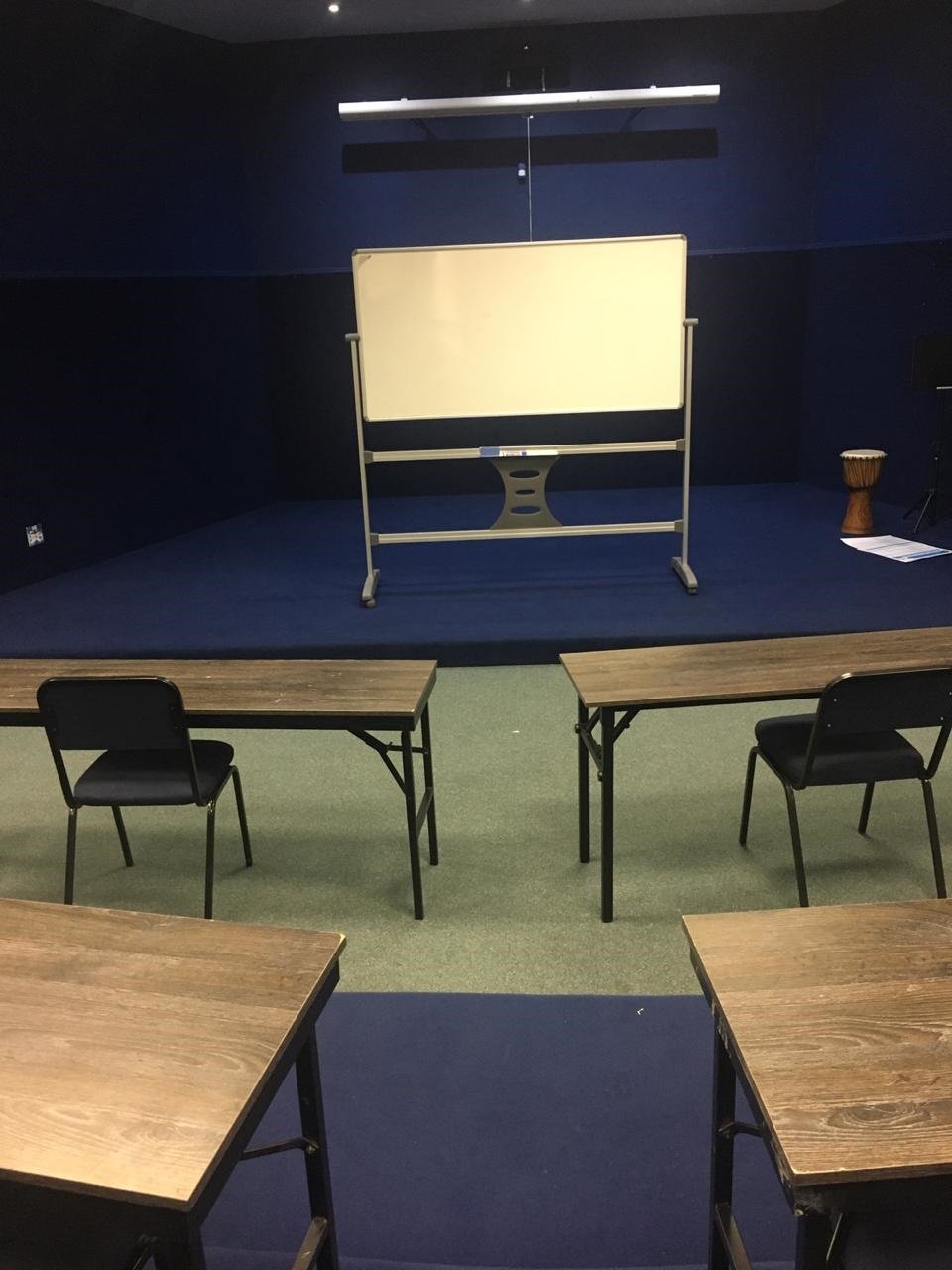 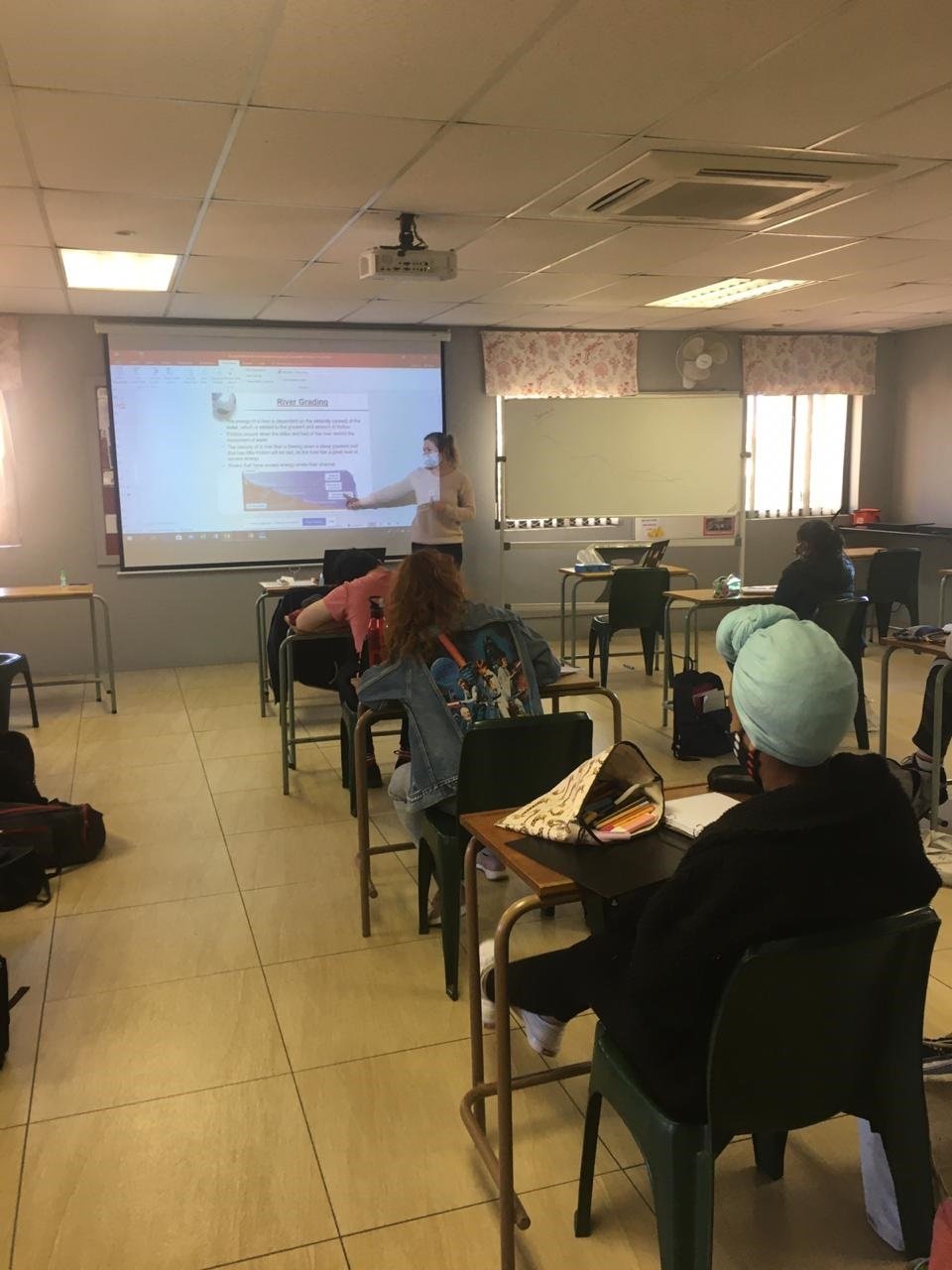 Learners attend class during Covid-19. (Beaulieu College, Supplied)
We live in a world where facts and fiction get blurred
In times of uncertainty you need journalism you can trust. For only R75 per month, you have access to a world of in-depth analyses, investigative journalism, top opinions and a range of features. Journalism strengthens democracy. Invest in the future today.
Subscribe to News24
Related Links
OPINION | Phase in schools not grades
Back to school: 7 important points from Motshekga's education briefing
Back to school: Concerns that Limpopo will only be ready in July
Next on News24
LIVE | Covid-19 in SA: Death toll at 73 415 as cases rise by 13 263

Perfect start to the month for 1 Daily Lotto player!
Full list of lottery results
Lockdown For
DAYS
HRS
MINS
Voting Booth
Should pension fund members be allowed to access their savings before retirement?
Please select an option Oops! Something went wrong, please try again later.
Yes, it's their money to do with as they please.
35% - 1155 votes
No, more people will end up without enough savings in retirement.
36% - 1217 votes
Depends on how big the withdrawal limits will be.
29% - 967 votes
Previous Results
Podcasts
PODCAST | The Story: Surviving Covid-19 and unrest: - will our economy ever recover?