'They must jump, run and take the ball like springboks' - Ramaphosa off to Japan to give Boks 'vuma' 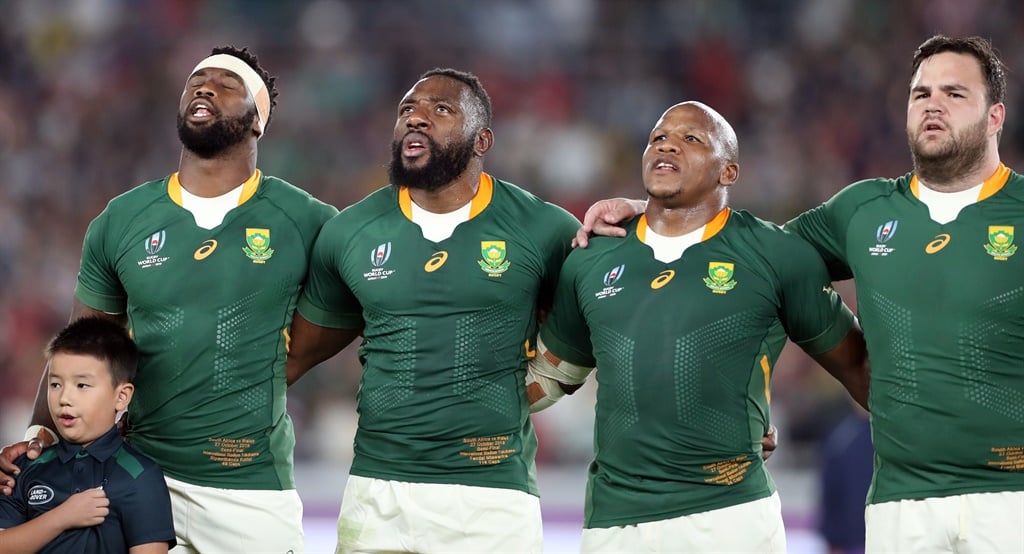 President Cyril Ramaphosa has left for Yokohama, Japan where he will join the Springboks to encourage them ahead of their big game against England in Saturday's Rugby World Cup final.

Before departing on a flight on Thursday, Ramaphosa said he would visit the Boks in their camp where he would give them "vuma" on behalf of 57 million South Africans who are wishing them well for the game.

"I am going to give them a lot of encouragement so that when they go on the field, they must really go out like springboks. They must jump, run and take the ball like springboks would ordinarily do," the president said.

Ramaphosa reiterated his call for a moment of silence at 13:00 on Friday and encouraged South Africans to wear their Springbok jerseys.

"If there ever was a time when we should wish them well and wish them the best; and pray for them, this is the time. South Africa's moment has arrived," he added.

As the anticipation for the final grows, millions have united behind the team, hoping it brings the trophy home.

If South Africa wins, it will be its third post-democracy trophy, having won the cup in 1995 and 2007.

Archbishop Emeritus Desmond Tutu has also joined in, wishing the Boks the best of luck.

In a statement, Tutu thanked Springbok captain Siya Kolisi, coach Rassie Erasmus and the rest of the players for taking the team to the final, News24 reported.

"Your dignity, diversity and courage are infectious. You have restored South African rugby pride and made us all feel good about ourselves," Tutu said on Thursday.

"You have already won! God bless you."

We live in a world where facts and fiction get blurred
In times of uncertainty you need journalism you can trust. For only R75 per month, you have access to a world of in-depth analyses, investigative journalism, top opinions and a range of features. Journalism strengthens democracy. Invest in the future today.
Subscribe to News24
Related Links
From Boktown to Zwide: Where you can watch Saturday's Rugby World Cup final
WATCH | 'The Ruck' Ep 13 - 'Boks will relish underdog tag ahead of RWC final'
'Bring it back home, Bokke!' - Jackson Mthembu calls on all South Africans to rally behind team
Next on News24
LIVE | Covid-19 in SA: Cases rise by 4 514 as death toll goes up by 20

Here are the results for the Daily Lotto draw
Full list of lottery results
Lockdown For
DAYS
HRS
MINS
Voting Booth
Matric results are out! Are you happy with your child's result?
Please select an option Oops! Something went wrong, please try again later.
No, the pandemic really messed up their ability to focus
34% - 773 votes
Yes, they did well given the circumstances
66% - 1503 votes
Previous Results
Podcasts
LISTEN | The Inge Lotz Story - a miscarriage of justice