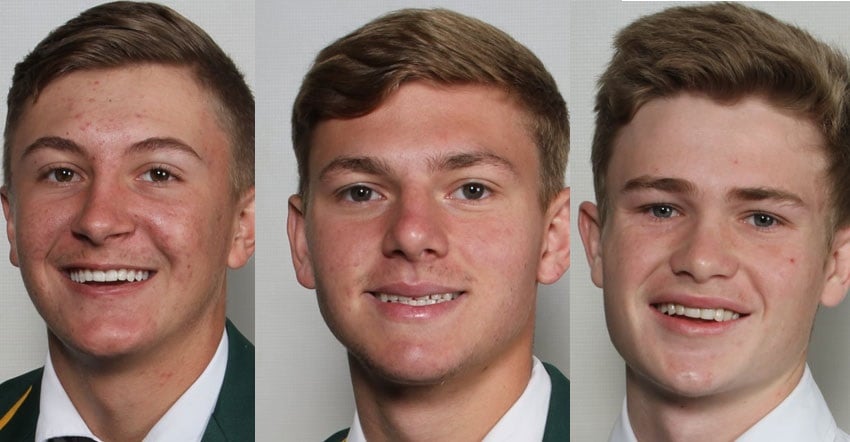 Three matric pupils have died in a car accident, shortly after celebrating the end of their school careers.

The Limpopo pupils attended Hoërskool Ben Viljoen in Groblersdal, according to a post by the school on a social media platform.

The three pupils have been identified as JG Greyling, Stiaan Grobler and Conrad Meiring. They were all 18 years old.

They were killed when their vehicle left the road on Saturday morning.

Police spokesperson Captain Malcolm Pojie confirmed that Grootbrak police had opened a culpable homicide docket. He added that the accident had taken place near the Maalgate Bridge on the N2 between Glentana and George.

"Preliminary investigations suggest that the four friends, aged 18 years old, were en route to George, travelling in a Toyota Lexus, when the driver lost control over the vehicle. The vehicle veered of the road and came to a halt in the field adjacent to the main road," he said.

"Seemingly, all the occupants were flung out of the vehicle during impact. Three of the boys succumbed to the injuries sustained during the incident, whilst the fourth occupant survived and had to walk a substantial distance to seek help from the George police."

The fourth person who survived received medical treatment at a local hospital and was discharged thereafter.

The circumstances surrounding the accident were under investigation, Pojie added.

Grade 12 pupils had completed a ceremony at the school on Friday, donating their shoes to the school.

"A silence descended on Hoërskool Ben Viljoen and the community. With great sadness, we learned of the passings of JG Greyling, Stiaan Grobler and Conrad Meiring in a car accident," the school said in a post on Facebook.

"It's a sad day with the loss of these young men. Learners for whom adventure was part of their way of life. With a smile, they tackled life. Each with its own future dreams and ideals. Always well mannered and respectful, stalwarts on various terrains. Our hearts go out to their families. Words fall short, but these learners will live on in all of our hearts."

A wreath-laying ceremony will take place at the school this week.