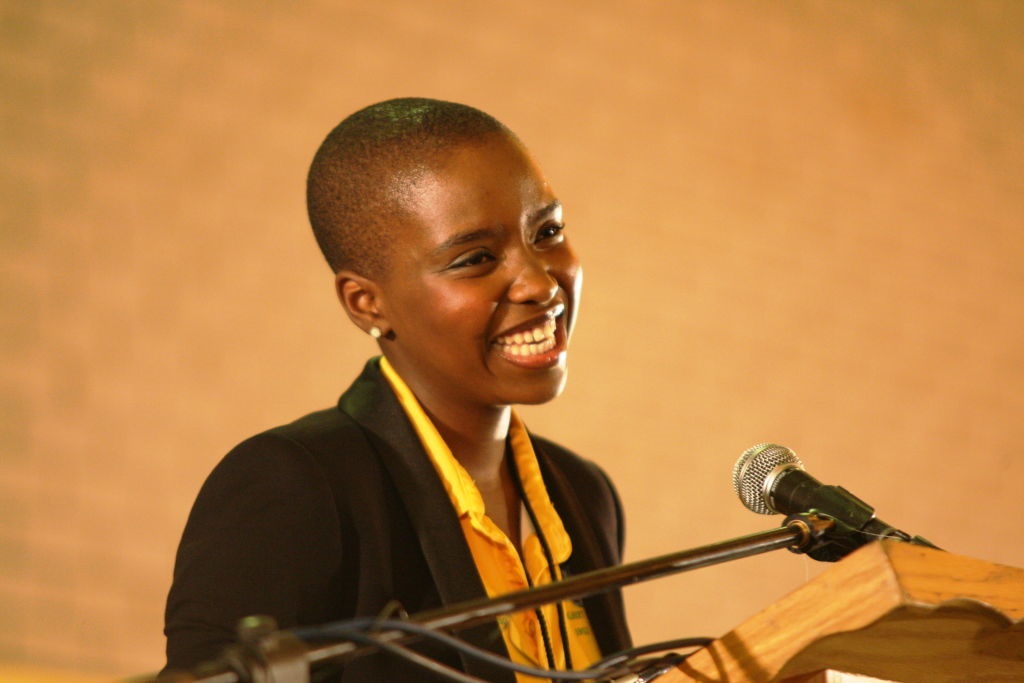 The ANC Youth League has appointed former president Jacob Zuma’s daughter, Thuthukile, as its fundraiser as it battles to overcome money problems caused by, "... gross financial mismanagement and grand-scale looting of its assets", by its leaders before 2013.

Thuthukile, 31, is the youngest daughter of Zuma and Cooperative Governance Minister Nkosazana Dlamini Zuma, who later divorced the former president. Thuthukile has been active in the ANC in Gauteng after she became the youngest head of a minister's office ever in 2014 when appointed by former Minister Siyabonga Cwele in the department of telecommunications.

In a statement following a weekend meeting by the league’s newly-appointed national youth task team (NYTT), and read out at its press conference at Luthuli House on Monday morning, the task team says it will, "... over the next few weeks urgently assess the state of [the youth league’s] organisation, including the financial and legal standing as part of the road to a functional organisation and ultimately a national elective conference".

The NYTT was appointed by the ANC’s national executive committee to replace the task team appointed after the league’s disbandment in 2019.

The league was left penniless after the suspension of its former leader, Julius Malema, in 2012, after a disciplinary found him guilty of sowing divisions in the ANC.

Its weekend meeting was a physical one, at the Lakes Hotel in Benoni, unlike the virtual Zoom meetings held by the ANC's NEC since the start of the Covid-19 lockdown just over a year ago.

Mlondolozi Mkhize, who was a spokesperson for the ANCYL before, was appointed national organiser at the weekend meeting, while Sizophila Mkhize will remain the national spokesperson.

The NYTT said it would develop, "... a comprehensive plan of action", in accordance with the ANC’s seven "cardinal pillars", and it will heed the "clarion call of 'economic freedom in our lifetime", a slogan that gained traction in Malema’s time.

The team’s programme of action, "... will include a process of continuous interaction with deployees of the ANC in Cabinet to deposit dissatisfactions with the slow pace of resolving and implementing all matters of interest of the youth of the country", the statement said.

The task team, which is dominated by ANC members sympathetic to President Cyril Ramaphosa’s camp in the party, but which also contains supporters of ANC Secretary-General Ace Magashule, declared itself, "... a unifying structure during a time of gravely factional political dynamics within the mass democratic movement".

It praised disciplinary action planned against ANC national executive committee members Enoch Godongwana and Tony Yengeni, both from opposing camps in the party, following a disorderly virtual meeting of the NEC last month.

A recording of the meeting was leaked on social media. This, "... is a clear indication that our movement is in trouble and as revolutionaries we must rise to the occasion and play our part in restoring order", the NYTT said.

It said the ANC Youth League suggested that all NEC members, including the national officials, go back to political school, and was happy that Ramaphosa agreed with this.

"We urge all members and leaders of the ANC at all levels to place the wellbeing and transformation of the lives of the disenfranchised people of South Africa above their own personal interests," it said.

"The motive forces of our struggle only have the ANC to rely on for their liberation and we will not watch as elders tear our glorious movement apart."

The team said it took its task seriously.

It said there had been, "... a plethora of challenges over the past decade", and it appeared that the structure had never really recovered since its initial disbandment in 2013.

It is therefore important to draw tangible lessons from the past while charting a new way forward for the future. The NYTT concedes that the rebuilding of the organisation is not an overnight process, it is rather a continuous process that requires all hands on deck.
We live in a world where facts and fiction get blurred
In times of uncertainty you need journalism you can trust. For only R75 per month, you have access to a world of in-depth analyses, investigative journalism, top opinions and a range of features. Journalism strengthens democracy. Invest in the future today.
Subscribe to News24
Next on News24
LIVE | SA death toll at 54 687, as the number of new cases now at 1 592 626