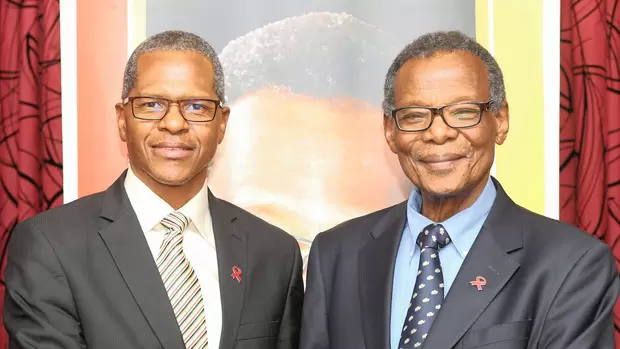 Newly-elected IFP president Velenkosini Hlabisa has made reconciling with the ANC one of the party's goals as he takes over from Prince Mangosuthu Buthelezi, the party's founder and long-time former leader.

"We are not talking of bringing two organisations into one, we are talking about reconciliation. There was a phase of violence, which made many families lose members and during that period many untrue stories were told to the public about the IFP," said Hlabisa.

He made the comments during a wide-ranging sit-down interview with News24 this week. Hlabisa said relations soured between the two organisations following a 1979 meeting in London.

The new party president said it was time for the history of the IFP and ANC's relations to be rectified, saying they came from the same background. At the same time Hlabisa made it clear it was the governing party to blame for the soured ties.

Recently, Buthelezi, who was once in the ANC, said the idea of the IFP was first suggested by Zambian liberation icon Kenneth Kaunda and endorsed by the ANC's own struggle hero and long-time leader Oliver Tambo.

"It started as a national cultural movement, took on ANC colours, personally I took it to be a front for the ANC," Buthelezi told Power FM host Aldrin Sampear during an interview on Friday.

Buthelezi said the two organisations parted ways when he couldn’t agree with the ANC's decision to move away from its non-violent posture during the struggle against apartheid.

Both Hlabisa and Buthelezi say the ANC should take responsibility for its many conflicts with other political parties in the country throughout the years.

"You know the common denominator who inflicted pain to many people through violence. We need to talk about that, tell the truth," said Hlabisa.

Buthelezi said he was denigrated by many, including then ANC secretary-general Alfred Nzo, who allegedly called him a "careerist" at a London meeting in 1980.

"After that the sluice gates had opened and I became vilified all over the world, called a sell out because I didn’t endorse the armed struggle," Buthelezi told PowerFM.

Buthelezi then went on to claim an ANC leader who went to study the "people's war" in Vietnam returned to use it against other political parties instead of the minority government.

"Sadly, that people's war was unleashed against not only me, not only IFP but the PAC and Azapo," he said.

Must correct the past

Hlabisa, in aiming to take the party forward, said it was time for the truth to be told for the sake of future generations and proper documentation of the South African transition towards democracy.

He also said he believed the ANC knew there was a need for a reconciliation and past tensions to be resolved.

Hlabisa said while he couldn't put down a timeline as to how long this project would take, he committed to giving it his "best effort".

We live in a world where facts and fiction get blurred
In times of uncertainty you need journalism you can trust. For 14 free days, you can have access to a world of in-depth analyses, investigative journalism, top opinions and a range of features. Journalism strengthens democracy. Invest in the future today. Thereafter you will be billed R75 per month. You can cancel anytime and if you cancel within 14 days you won't be billed.
Subscribe to News24
Related Links
State capture inquiry a 'stage play', foreigners without skills must go - new IFP president
POLITICS PODCAST | Exclusive conversation with IFP's new leader and Solidarity's R300m university...
IFP MP distances his party from Mkhwebane's nomination as Public Protector
Next on News24
LIVE | Covid-19 in SA: 4 227 new cases

Here are the Daily Lotto numbers
Full list of lottery results
Voting Booth
Have you and your family been counted in Census 2022?
Please select an option Oops! Something went wrong, please try again later.
Yes
47% - 2731 votes
No
53% - 3020 votes
Previous Results
Podcasts
PODCAST | The Story: How one incident at Stellenbosch University sheds light on deeper issues