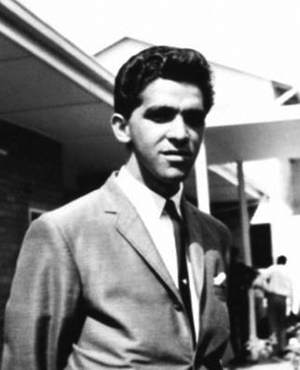 Pahad was testifying at the second sitting of the Ahmed Timol inquest, before Judge Billy Mothle.

"Committing suicide was not, and has never been, the policy of the SACP [South African Communist Party] or the ANC. In our last discussion, we agreed that Ahmed should not commit suicide," Pahad told the inquest.

However, a private investigation commissioned by his family uncovered new evidence which was presented to the National Prosecuting Authority, and the inquest was reopened.

His loved ones refuse to believe that he had jumped from the 10th floor of John Vorster Square (now called Johannesburg Central Police Station) while being interrogated by security police.

Pahad said Timol was one of his best friends. He added that Timol was recruited into the SACP's underground unit in London by Dr Yusuf Dadoo.

He was later sent back to SA where he was involved in the reproduction and distribution of material that was sent to him from London.

'Breaking under torture not an act to treachery'

Pahad said that Islam prohibited suicide, and that Timol was a Muslim.

"It is my understanding that if Muslim people commit suicide they cannot be buried in a Muslim burial ground. In my view, Ahmed would not have committed suicide for this reason..."

Pahad said he told Timol that, should he be arrested, breaking under torture was not an "act to treachery and may be unavoidable. It is likely to happen, but he should try his best not to give away the names of others."

Since the inquest began, several witnesses have told the court that they believe Timol was pushed out of the building.

Earlier on Tuesday, trauma surgeon Professor Kenneth Bofford, who studied the post mortem, said nothing could have been done to prevent Timol from dying.

Bofford said Timol had sustained serious injuries to his neck and spine.

He added that officers who lacked first aid training should not have moved Timol from his position shortly after landing on the ground.

We live in a world where facts and fiction get blurred
In times of uncertainty you need journalism you can trust. For only R75 per month, you have access to a world of in-depth analyses, investigative journalism, top opinions and a range of features. Journalism strengthens democracy. Invest in the future today.
Subscribe to News24
Related Links
WATCH LIVE: Essop Pahad takes stand in Ahmed Timol inquest
Timol inquest: Apartheid police allowed to break law 'willy-nilly'
Timol testimony: 'The Indian is dead'
Next on News24
LIVE | SA death toll at 54 511, as the number of cases now sit at 1 586 148