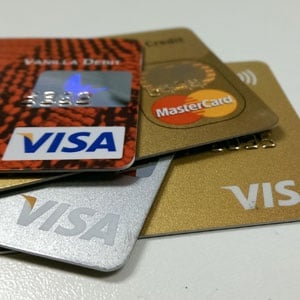 The Hawks have nabbed two suspects, aged 26 and 29, for allegedly being in possession of cloned bank cards in Cape Town.

According to Hawks' spokesperson Captain Philani Nkwalase, Gerrit Le Roux, 26, was arrested at a retail store in Willow Rridge Shopping Centre on Wednesday.

Le Roux allegedly presented a cloned bank card while purchasing goods to the value of around R7000.

He appeared in the Bellville Magistrates Court on Friday and was granted R1000 bail. The case was postponed to October 11 for further investigations.

Nkwalase said the further investigations by the Hawks’ banking investigation team resulted in the arrest of a second suspect on Thursday at his home.

The second suspect is expected to appear in court on Monday.

We live in a world where facts and fiction get blurred
In times of uncertainty you need journalism you can trust. For only R75 per month, you have access to a world of in-depth analyses, investigative journalism, top opinions and a range of features. Journalism strengthens democracy. Invest in the future today.
Subscribe to News24
Related Links
PICS | Teen stabbed to death, another injured at Newcastle 'spring festival'
Probe into Uyinene Mrwetyana's killer finds Post Office officials knew about his conviction
Argument over girlfriend ends in death, 1 man arrested
Next on News24
LIVE | Coronavirus will continue to mutate and 'outsmart us' if we become complacent, say scientists