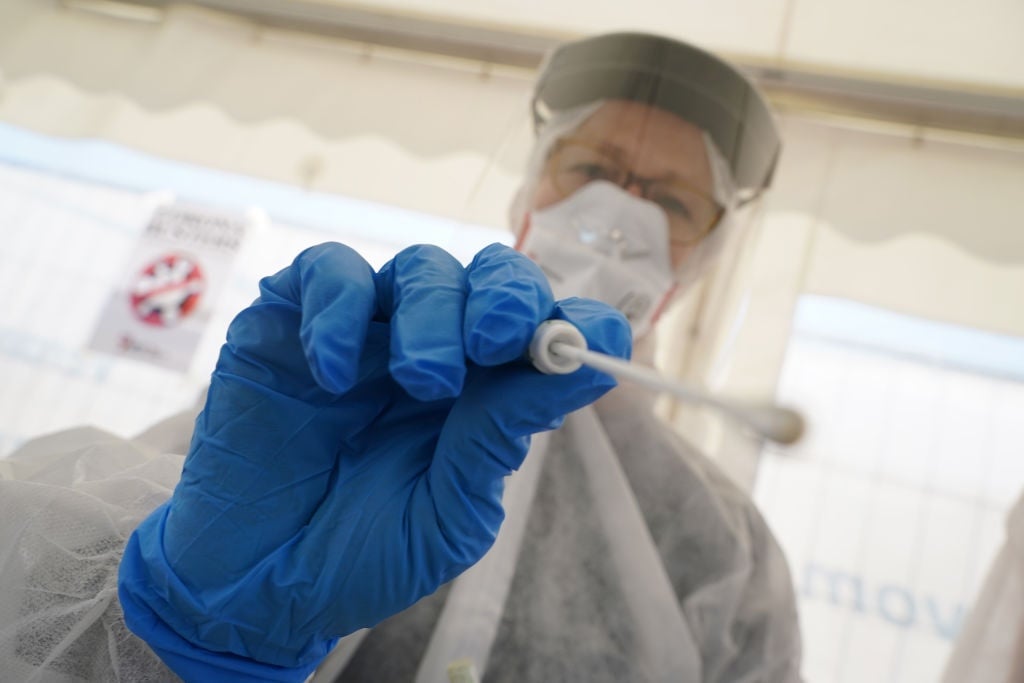 A courier truck carrying Covid-19 specimens was hijacked in Port Elizabeth in the Eastern Cape on Monday - and the samples are missing.

The National Health Laboratory Services has warned the robbers and the public not to touch the samples, saying they may be highly infectious.

NHLS manager in the province Tabita Makula said people who come across the specimens "must urgently call our Port Elizabeth NHLS office on 041 395 6158".

Makula said the pathology services institute was still counting the number of the stolen specimen in order to establish how many people they would need to contact for retesting.

"The cooler boxes had ice packs for the purposes of keeping the samples in cool temperatures. We can confirm that the truck was commissioned by us to collect samples in our facilities in the area."

The incident has created a backlog.

"Due to this hijacking, the truck could not proceed to collect [samples] from other clinics," Makula said.

Naidu said the courier truck was allegedly hijacked outside a clinic in Motherwell at 15.30.

Naidu said: "It is alleged that at about 15:30, a courier company was at the clinic parking area in NU11 when the driver and the passenger were held at gunpoint. The unknown suspects demanded the keys of the vehicle and drove away. No shots [were] fired. The victims were also robbed of their personal belongings."

She said the truck was later found abandoned 500 metres from the hijack scene at the back of Siqwane Street in NU 11.

Makula said NHLS was shocked by the latest incident which happened less than a month after specimens were found by a jogger dumped on the N2 roadside outside East London on 29 June.

The courier company involved in the earlier incident admitted that the 80 samples fell through the bakkie's open canvas cover.

The company was later fired for negligence and risk to human life.

In the latest incident Makula said the driver of the truck was with a new employee  whom he was training how to do the job and teaching him the routes.

"The robbers took the cellphones of the two drivers," said Makula.

According to Algoa FM News, the truck's battery and the spare wheel were also stolen.

"We are still investigating the incident and trying to get all the details," Makula added.

We live in a world where facts and fiction get blurred
In times of uncertainty you need journalism you can trust. For 14 free days, you can have access to a world of in-depth analyses, investigative journalism, top opinions and a range of features. Journalism strengthens democracy. Invest in the future today. Thereafter you will be billed R75 per month. You can cancel anytime and if you cancel within 14 days you won't be billed.
Subscribe to News24
Related Links
DA in Eastern Cape writes to SIU to probe alleged PPE tender corruption in NMB
OPINION | Fighting Covid-19 also requires intensifying anti-corruption efforts
Eastern Cape's failed medical scooter project: Call for Sindiswa Gomba's head
Next on News24
BREAKING NEWS LIVE | Two decomposed bodies found in grave in Cape Town nature reserve