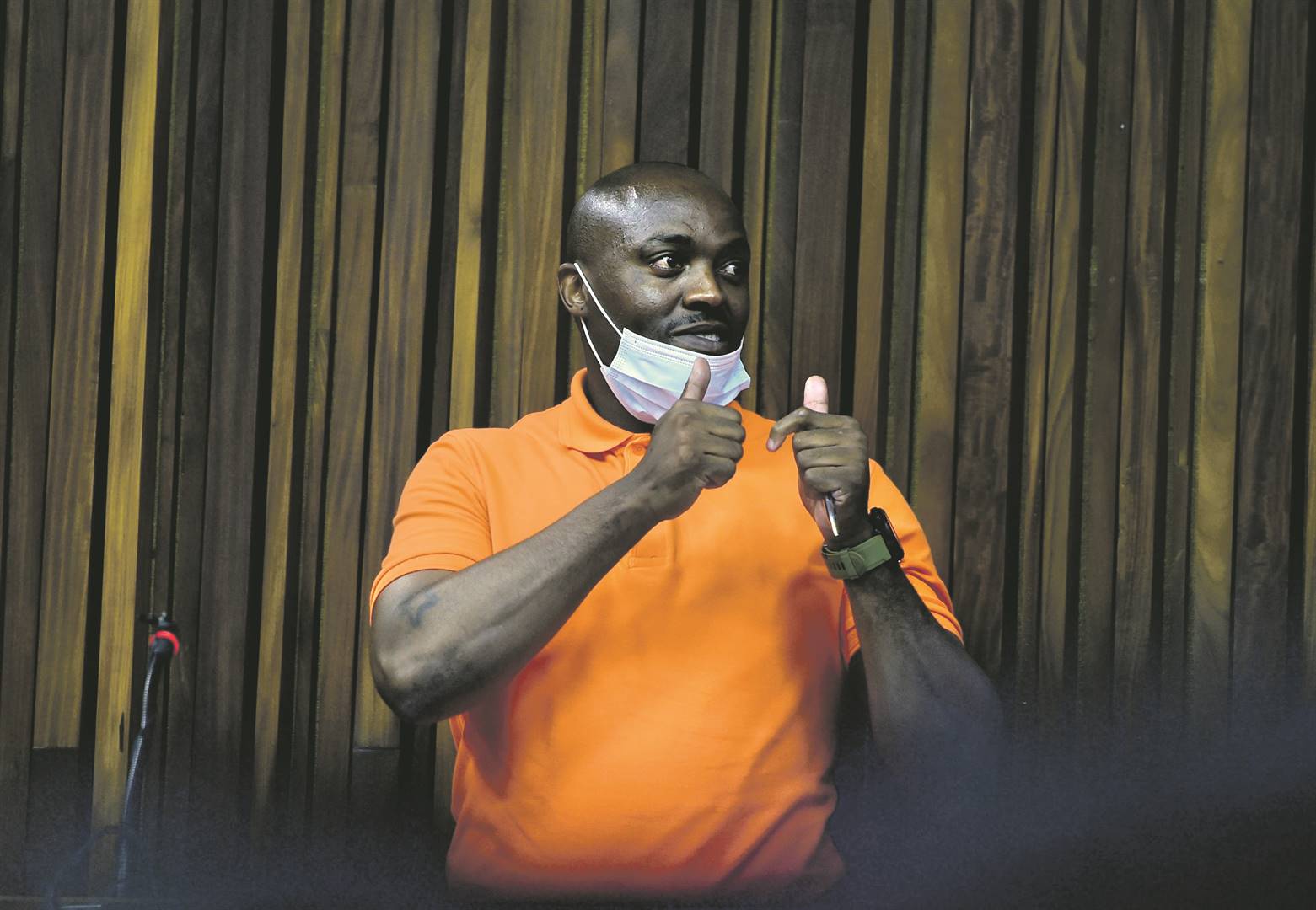 Muzikayise Malephane, who was convicted for the murder of Tshegofatso Pule, was a state witness in the South Gauteng High Court. (Photo: Trevor Kunene)

Convicted murderer Muzikayise Malephane's plea bargain with the State came into sharper focus in court on Thursday, as the defence took him to task over changing his version of how Tshegofatso Pule was killed.

During cross-examination, Malephane was confronted about changing his statement and then entering into a plea bargain with the State.

Malephane is on the stand at the Gauteng High Court in Johannesburg in the murder case against alleged mastermind Ntuthuko Shoba.

Shoba's lawyer, advocate Norman Makhubela, accused Malephanne of changing his story when he saw the evidence stacked up against him.

"You decided to take the deal and plead guilty after your lawyers showed you what was in the docket and you saw that you had no chance," said Makhubela.

My lawyers did not show me what was in the docket, but they spoke to me and advised me to tell the truth so that the family can know what was done to Pule. [They told me] the sentence will not be that harsh on me after I told the truth, so I told the truth.

Makhubela asked whether Malephane wanted the court to accept his version of events.

Malephane explained that his lawyers approached him because his initial statement "did not make sense" to them.

To which Makhubela retorted: "They told you your statement does not make sense because you wrote that Pule was stabbed, but the post-mortem states gunshot wounds."

Malephane responded: "I told the police I shot her."

The court heard earlier that in his initial statement, Malephane falsely claimed Pule was stabbed, but the post-mortem revealed she had been shot.

The defence further accused Malephane of changing his statement during his guilty plea - that he had shot Pule.

"I put it to you that you departed from your statement because the physical evidence contradicted it," Makhubela said.

Malephane said: "No, I was waiting for the right time so I can tell the whole truth."

Pule was murdered on 4 June 2020. Malephane testified that he had shot Pule and hanged her from a tree in Roodepoort.

Malephane implicated Shoba in the murder after he entered into a guilty plea with the State.

Shoba faces one count of murder, alternatively conspiracy to commit murder, and of defeating the ends of justice.

He has pleaded not guilty to all the charges.

Never miss a story. Choose from our range of newsletters to get the news you want delivered straight to your inbox.
We live in a world where facts and fiction get blurred
In times of uncertainty you need journalism you can trust. For 14 free days, you can have access to a world of in-depth analyses, investigative journalism, top opinions and a range of features. Journalism strengthens democracy. Invest in the future today. Thereafter you will be billed R75 per month. You can cancel anytime and if you cancel within 14 days you won't be billed.
Subscribe to News24
Next on News24
LIVE | Covid-19 in SA: 5 284 new cases