Tulbagh community doctor hacked to death on his farm, 4 arrested Four suspects have been arrested for the murder of Tulbagh community doctor Roelof Botha, 59, Western Cape police have said.

According to police spokesperson Captain FC van Wyk, Botha's body was found with multiple stab wounds on Monday at about 18:45 on Schalkenbosch Road in Tulbagh.

Netwerk24 reported a couple and their children found Botha's body about 400m from his home. He was reportedly rumoured to have been murdered with a panga.

According to the Cape Times, local police said Botha was visiting a zebra camp on his farm when he was attacked. 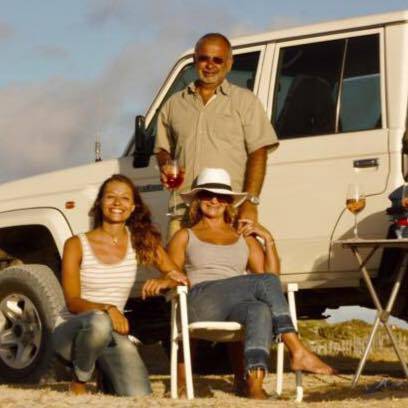 "It was discovered he had been stabbed with a sharp object. We arrested the four suspects [on Tuesday] and found a shotgun, watch, wallet and a jacket," police reportedly said.

Community activist at the Witzenberg Justice Coalition Winston Pietersen told the Cape Times residents were in shock after learning of Botha's murder.

Van Wyk told News24 the police's investigation has led to the arrest of the four people, aged between 20 and 35, on a charge of murder. "Detectives are following up on all leads and the investigation continues," he said.

In a tribute published by Netwerk24, Botha's daughter, Loré, described him as "the salt of the earth".

"He was a legend. He was a hero who went out of his way to help his patients and the community. He went above and beyond to help people and to save lives," Loré wrote.

Van Wyk said anyone with information about the incident should contact Crime Stop on 08600 10111 or the investigating officer Detective Sergeant Marlon Cupido on 023 230 8100.

We live in a world where facts and fiction get blurred
In times of uncertainty you need journalism you can trust. For only R75 per month, you have access to a world of in-depth analyses, investigative journalism, top opinions and a range of features. Journalism strengthens democracy. Invest in the future today.
Subscribe to News24
Related Links
Bodies of two murdered men found piled on top of each other on Witbank farm
Farm attacks on the increase in Western Cape - AfriForum
Concerns mount as another farm is targeted by robbers in Western Cape
Next on News24
LIVE | Covid-19 in SA: Death toll hits 87 216 as cases rise by 578

Sweet Sunday for 2 Daily Lotto winners!
Full list of lottery results
Lockdown For
DAYS
HRS
MINS
Voting Booth
After the opening weekend of URC action, what did you make of the South African struggles?
Please select an option Oops! Something went wrong, please try again later.
It exposed the quality of South African rugby...
41% - 718 votes
There were positives to take
7% - 123 votes
We shouldn't read too much into one weekend
18% - 306 votes
It will take the SA sides time to adjust to the new competition
34% - 597 votes
Previous Results
Podcasts
PODCAST | The Story: Spotlight on filicide - what triggered Lauren Dickason? And how to get help