Transport Minister Fikile Mbalula has apologised to Cooperative Governance and Traditional Affairs Minister Nkosazana Dlamini-Zuma for disparaging tweets, in which he referred to her as "Zuma's wife".

Dlamini-Zuma, meanwhile, was said to have laid a formal complaint against him with the ANC.

News24 understands that Dlamini-Zuma on Monday complained to at least one ANC top six official about Mbalula.

She is expected to raise her complaint at an upcoming NEC meeting, where she will allege that Mbalula's tweets were misogynistic. 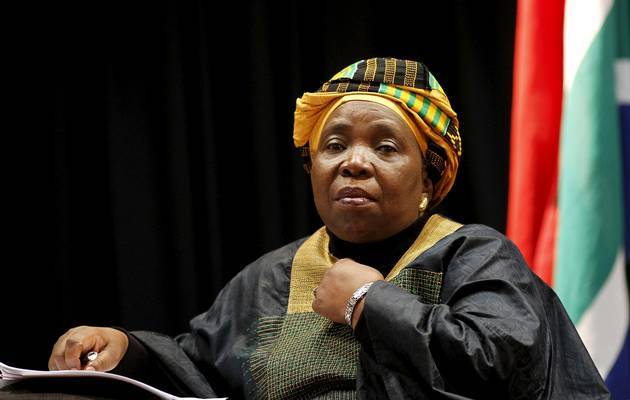 Mbalula has, however, remained unrepentant about his view that Public Protector Busisiwe Mkhwebane is a "hired gun".

Mkhwebane has opened a case of crimen injuria against Mbalula following his tweets.

Mbalula said he stood by his views and was ready to meet her in court.

"I wish to reiterate that I stand by my views that she has conducted herself as a hired gun, more interested in pursuing partisan political agendas rather than uphold the stature of the office of the Public Protector, with the responsibility to place the interests of citizens first," he said in a statement.

In his apology, Mbalula assured Dlamini-Zuma he would "keep her name out of any political battles and commentary".

"On 8 March 2021, a tweet on my timeline making reference to Cde Nkosazana Dlamini-Zuma, on a comment about a dinner hosted by former president Zuma, with candidates who were contesting the ANC presidency, appears to have been construed as an attack on Cde Dlamini-Zuma.

"It is regretful and unfortunate that my comment may have come across as an attack on the person and integrity of Cde Nkosazana Dlamini-Zuma, as this was never the intention."

Mbalula responded to a tweet by Human Settlements, Water and Sanitation Minister Lindiwe Sisulu, who posted a picture of a 2017 dinner portraying all the candidates contending the ANC presidency at the time.

"[Former president Jacob] Zuma is not a saint, he was a disaster for this country, big one try me ill tell you why… Zuma organised this (the dinner) with a firm believe that his wife will win. We all got shocked Long live! David Mabuza for saving us from this monarch disaster. Viva Dabede (sic)," he responded to Sisulu in the now deleted tweet.

ANC secretary-general Ace Magashule and his deputy, Jessie Duarte, both said Mbalula would be called to order for his tweets.

News24 understands that the matter will be brought up at an upcoming special NEC meeting this weekend.

"The issue is that his tweets are misogynistic. It attacks Nkosazana (Dlamini-Zuma), Lindiwe Sisulu and Busisiwe Mkhwebane. All three women. That is the complaint," a well-positioned party leader said.