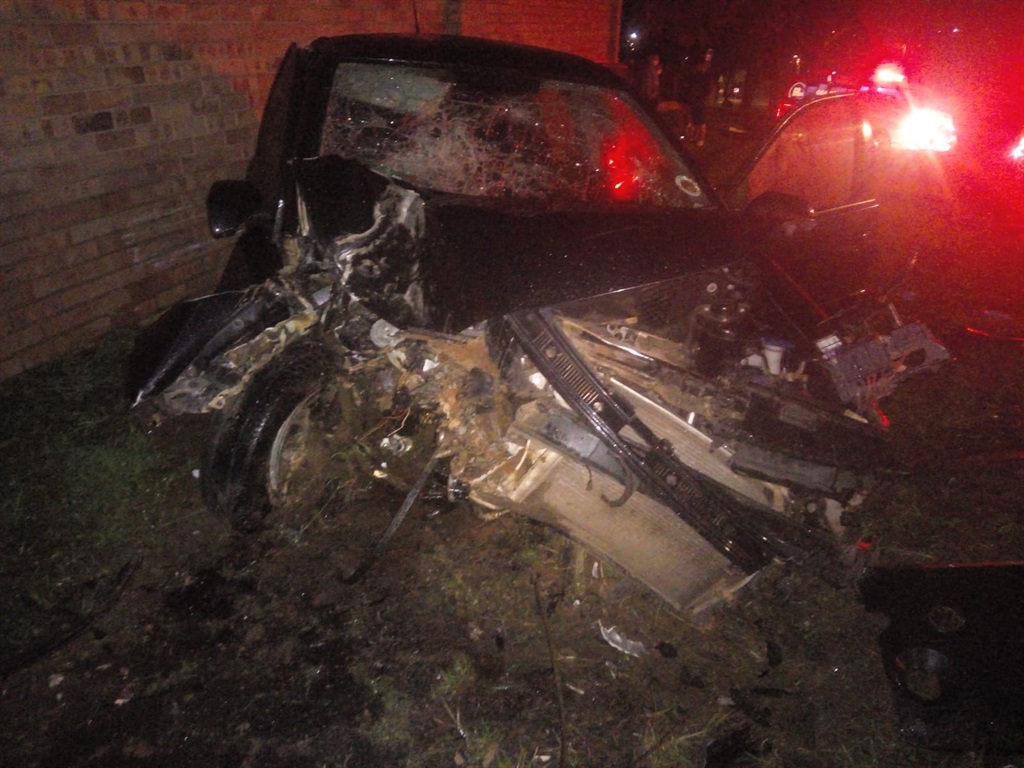 Two people died and three others were injured when two vehicles collided head-on near the Kokosi turnoff on the N12 in Fochville, in the West Rand, on Saturday evening.

Paramedics said one of deceased was found trapped in one of the vehicles and that the second had died later in hospital. The injured included a six-year-old child.

"Other private emergency medical services on the scene treated and transported a six-year-old child with unknown injuries and the mother, who was believed not to have sustained any injuries.

"ER24 paramedics then treated a 16-year-old male and a male in his early 20's for moderate injuries. They were transported to Carletonville Hospital for further care," paramedics said ER24 spokesperson Ross Campbell.

In another accident in Mondeor, Johannesburg south, five people sustained serious injuries after the vehicle they were traveling in rammed into a tree on Saturday night.

The female driver was found trapped in the vehicle and had to be extracted from the wreckage, said Campbell.

"The other four passengers had suffered serious injuries and all five were treated with Advanced Life Support interventions by the various paramedic services on scene. ER24 treated and transported a 20-year-old male patient through to Chris Hani Baragwanath Hospital for further care."

1 person bags the Daily Lotto jackpot
Full list of lottery results
Lockdown For
DAYS
HRS
MINS
Voting Booth
Would you choose to continue working from home after the coronavirus lockdown if given the option?
Please select an option Oops! Something went wrong, please try again later.
Yes, it's much better for me
40% - 7113 votes
No ways! I can't wait to get back to the office
12% - 2086 votes
A mixture of both would suit me best
48% - 8566 votes
Previous Results
Podcasts
PODCAST | MISSING MATTHEW EPISODE 3: Decades of false starts add to a family's despair