A firefighter sustained burn wounds while battling the massive fire that raged at Rhodes Memorial on Sunday, spreading down to the University of Cape Town, which was forced to evacuate approximately 4000 students.

According to the City of Cape Town's Fire and Rescue Services, the firefighter was transported to a nearby hospital for treatment.

Fire crews were expected to work throughout the night on the scene of the mountain fire behind the University of Cape Town (UCT). At present, the City has more than 150 of its firefighters on the scene from various stations across the metropole, working alongside the Table Mountain National Parks (TMNP) staff, Working on Fire and the Volunteer Wildfire Services.

Firefighters trying to put out the fire above the M3 near Rhodes Memorial. Thank you @cptfrs @wo_fire I’m trail-running on the mountain, but worried my car may be caught in the fire if it reaches Rhodes Memorial; so am heading down because it’s spreading fast heading my way #fire pic.twitter.com/gIbCMHhw4f

According to the TMNP, an initial investigation showed the blaze might have been sparked by a homeless person.

"It should be noted that due to the extreme fire danger index for today - which is red with temperatures of 36 degrees noted and an extremely low relative humidity of under 10% - the fire spread rapidly in the direction of Rhodes Memorial."

The veldfire has destroyed parts of the Rhodes Memorial Restaurant and Tea Garden located on the mountain's slopes. As the fire spread, the TMNP urged all hikers within the Newlands and Rhodes Memorial area to evacuate with immediate effect.

The fire spread to the veld above the UCT upper campus, damaging buildings and forcing the university to evacuate approximately 4000 students.

All academic activity at the University of Cape Town has been suspended on Monday and Tuesday. While its still unclear the full extent of the damage, the fire has damaged the HM Pearson, Fuller and Jagger Library buildings.

UCT Vice-Chancellor Professor Mamokgethi Phakeng said, "The safety of students and staff is paramount. For safety reasons, the campus will be locked down, and no one other than emergency services will be allowed access. We are all anxious about the extent of the damage to the Rondebosch campus. We will provide updates as soon as we are able to do so." She said food and emergency accommodation has been arranged for all the students who had to be evacuated on Sunday.

"The necessary arrangements have also been made to accommodate our Muslim students. Food will be prepared at Old Mutual’s offices in Pinelands, Cape Town, and from there it will be distributed to the locations where we are accommodating our students. The public has been asked to donate any essential items and food they may wish to contribute at Old Mutual West Campus, 91 Jan Smuts Road, Pinelands, and Cape Town. The site will be open until 23:00 tonight [Sunday] and will re-open at 06:00 tomorrow morning [Monday]."

#GiftOfTheGivers responds to #UniversityofCapeTown Fuller House (students residence) Fire ??Our teams have responded by preparing meals for 4000 students for this evening. UCT has requested #GiftoftheGivers to manage the feeding and other essentials for the next week. pic.twitter.com/a5X4bqKaCE

The Mostert Mill below UCT's upper campus also set alight during the fire and was gutted. The mill is a historic landmark that was constructed in 1796 on what was once known as Welgelegen farm. It is a Cape truncated-cone tower mill and is characterised by its thatch roof. 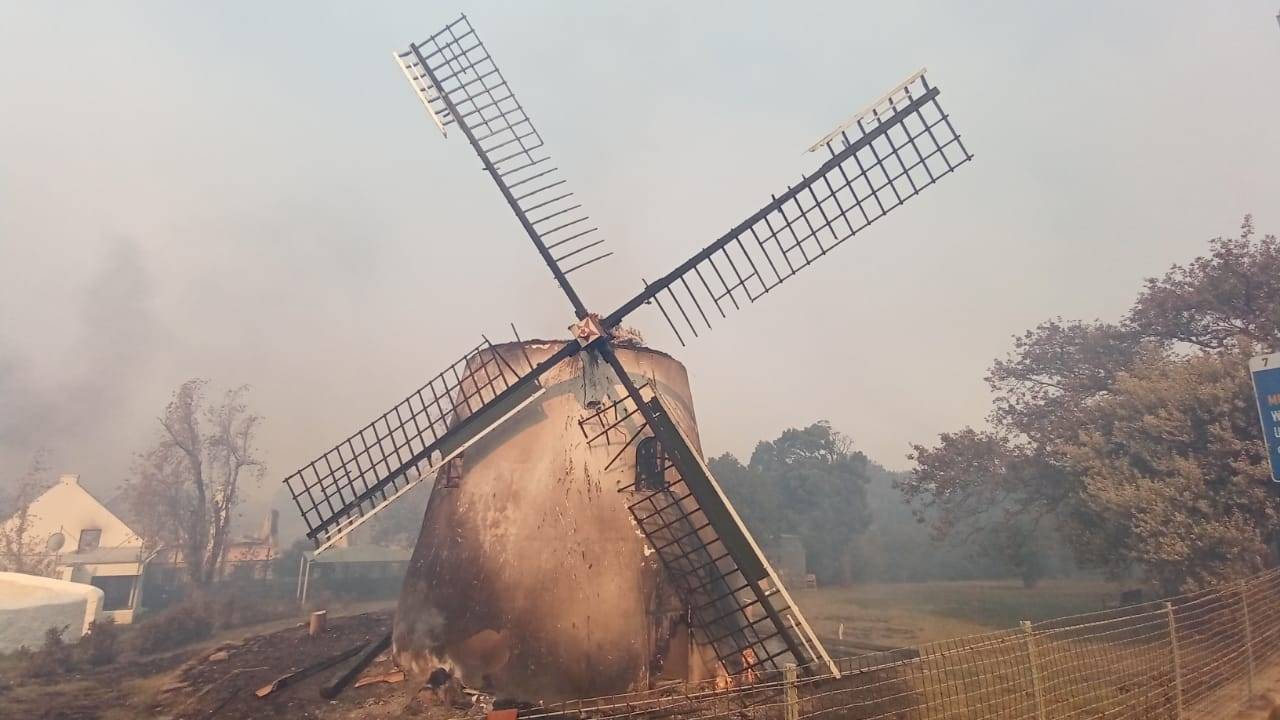 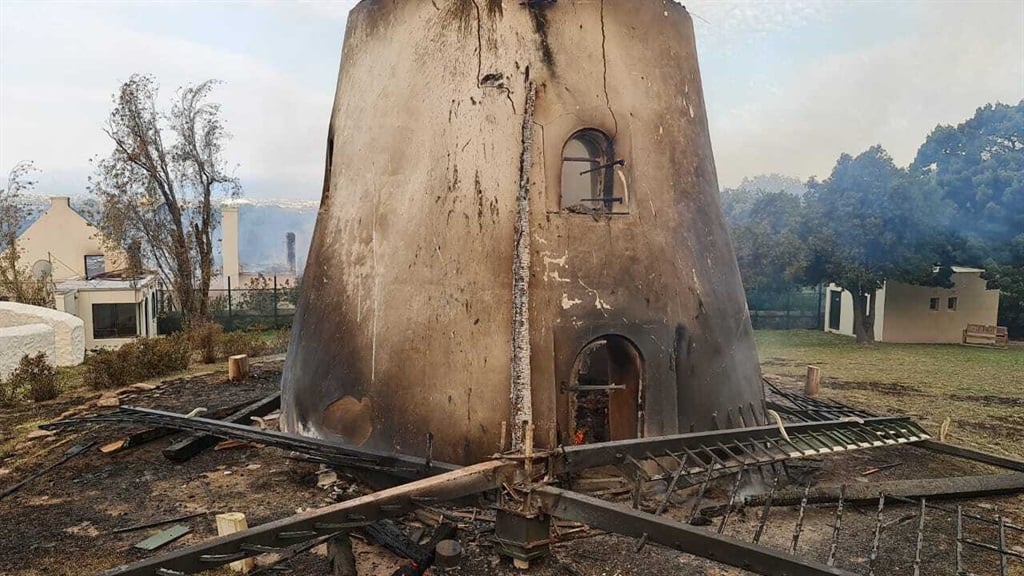 Disaster Risk Management spokesperson Charlotte Powell said at this stage, they have asked residents to be cautious.

"Close all windows and doors to prevent drafts and reduce heat. Should there be an immediate threat to your property, damp down your garden using a hose or irrigation system."

She added Disaster Risk Management was monitoring the situation closely.

"Wildfire creates smoky conditions, so it's important for everyone to reduce exposure to smoke. Wildfire smoke irritates your eyes, nose, throat and lungs. Children, pregnant women, people living with asthma and heart disease need to be especially careful," Powell said.

"One of the major contributors to the rapid rate of spread was the very old pine trees and their debris. The fire created its own wind that further increased the rate of spread. The excessive amount of smoke and related updrafts made it impossible for the aerial support to slow the rate of spread," said Table Mountain National Park's (TMNP) fire manager Philip Prins.

Meanwhile, the Cape of Good Hope SPCA has inspectors monitoring the situation.

"It is currently unsafe to enter the area. Once it is safe, our team will search the area for injured or distressed wild animals," the organisation said on its Facebook page.