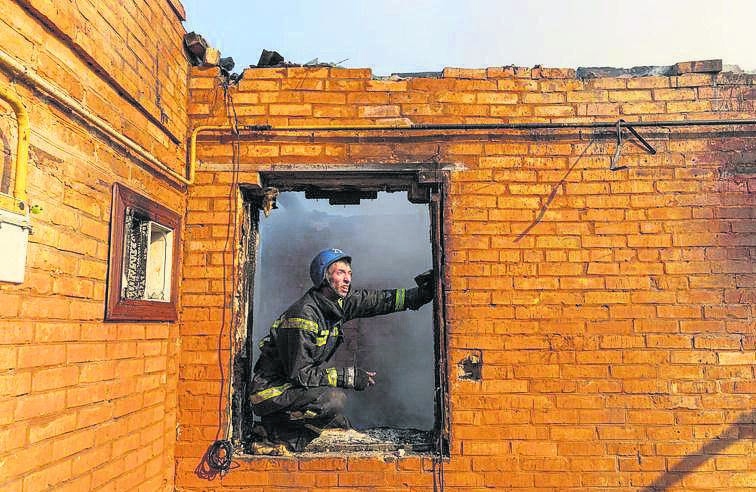 A firefighter works at a residential district that was damaged by shelling, as Russia’s invasion of Ukraine continues, in Kyiv, Ukraine. (PHOTO: REUTERS/Marko Djurica)

Ukraine has shamed South Africa on the global stage as its UN resolution on the war in Ukraine - which did not mention Russia at all - was rejected by the General Assembly, leaving South Africa's facade of neutrality in the conflict in tatters.

The Ukrainian Ambassador to the UN likened the South African motion to knowingly giving a dying child a placebo instead of medicine and criticised South Africa for not consulting with Ukraine on the matter.

On Thursday, the UN overwhelmingly adopted a resolution proposed by Ukraine and nearly 100 other states.

Read this for free
Get 14 days free to read all our investigative and in-depth journalism. Thereafter you will be billed R75 per month. You can cancel anytime and if you cancel within 14 days you won't be billed.
Try FREE for 14 days
Already a subscriber? Sign in
Next on News24
BREAKING NEWS LIVE | KZN sergeant killed, captain injured after assault suspect opens fire