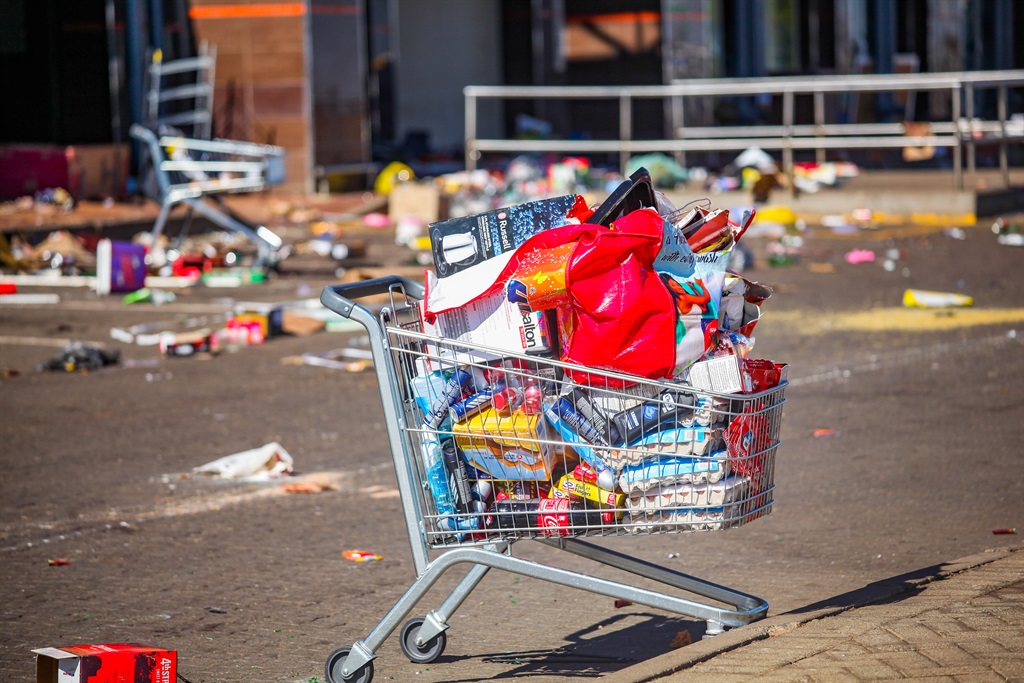 Aftermath at Chris Hani Mall in Vosloorus. It is reported that the mob set the mall on fire, looted several shops and vandalised properties. (Photo by Gallo Images/Sharon Seretlo)

The violent unrest that broke out in KwaZulu-Natal and Gauteng last week has resulted in a dire shortage of infant formula and other essential food supplies.

The national Department of Health said it was aware about concerns over the shortages, adding it was illegal to sell infant formula on social media platforms.

"Calls for infant formula donations and distribution on social media platforms are illegal. Government has regulatory frameworks for the management of commercial infant formula.

"It is therefore recommended that infant formula donations should be made through the provincial Departments of Health," it added in a statement.

The department said its provincial counterpart would facilitate receipt of the donated infant formula to ensure compliance to the regulatory framework.

This after some residents turned to social media calling for assistance to get infant formula.

Many shops in KwaZulu-Natal and Gauteng were looted and destroyed by rioters last week.

"Donors will then be directed to the appropriate district health personnel to identify non-breastfeeding mothers according to their needs and based on assessment in the current context. This is an interim measure to mitigate the challenge at hand, thus this will be reviewed in due course as the situation normalises."

The department added it did not support the use of homemade infant formula because it could harm infants.

"These homemade infant formula recipes might not contain enough or too much of some nutrients and put infants at risk of getting sick and causing diarrhoea.

"We therefore urge mothers, who are not breastfeeding their babies, not to use these recipes or any other unsuitable products such as coffee or tea creamers, tea with/without sugar or condensed milk."

Read more on:
department of healthgautengkwazulu-natalcrimeunrest