Eleven suspected instigators of the recent unrest have been arrested and are behind bars, national police commissioner Khehla Sitole informed the National Assembly's Portfolio Committee on Police on Thursday.

In the aftermath of the unrest in KwaZulu-Natal and Gauteng two weeks ago, which claimed more than 300 lives, the government advanced the narrative that it was a "failed insurrection" and that there were 12 known "instigators" fanning the flames.

It is unclear whether the 11 arrested suspects are from this list of alleged instigators.

During Thursday's briefing with the police, DA MP Okkie Terblanche asked: "I just want to know whether any arrests were made already because, apparently, these people are known."

Sitole responded: "The only thing that I can say is that, to date, the reports that have been brought to me, 11 instigators have been arrested. And they are behind bars.

"But, I don't want to say there are 12 people. We have asked in the National Security Council as well, where we are reporting, that we rather be allowed to deal with this matter operationally. Because, from time to time, we are asked to relate on progress on arrests.

"Sometimes, if you are dealing with an unconventional approach, it is far more risky to tell people that you have arrested someone, because of the other unconventional modus operandi risk[s] that are there."

Hawks head Godfrey Lebeya added that he could assure the committee that there was a "whole process that is taking place behind closed doors between the investigation team that is working closely with the National Prosecution Authority".

He said part of the process was establishing links between suspected insurrectionists - and that more charges could be added for people who have already been arrested.

"But that linkage process is not the work of an individual, and we don't want to be raising eyebrows, but there is a lot of work that is being done. Taxi drivers and residents of Durban help to clean-up the city in the wake of last week's looting and destruction.
Netwerk24

"So, the investigation is continuing, as the national commissioner has indicated, that certain individuals have already been taken into custody."

Two weeks ago, more than 1.5 million rounds of ammunition were looted from a container depot in Mobeni, News24 previously reported.

The ammunition had been stored in a container at a depot in Prospecton.

Acting Minister in the Presidency Khumbudzo Ntshavheni last week said the looting of the ammunition led to the government labelling the unrest as a failed insurrection.

Because MPs also wanted an update on this, Sitole said two people had been arrested.

"The investigation is continuing, But I have spoken to the provincial commissioner and the senior national people handling the situation in KZN. The report we got is that the ammunition does not belong to the state. They belong to a private company."

Sitole said further information stated that the container was not cleared at the harbour. 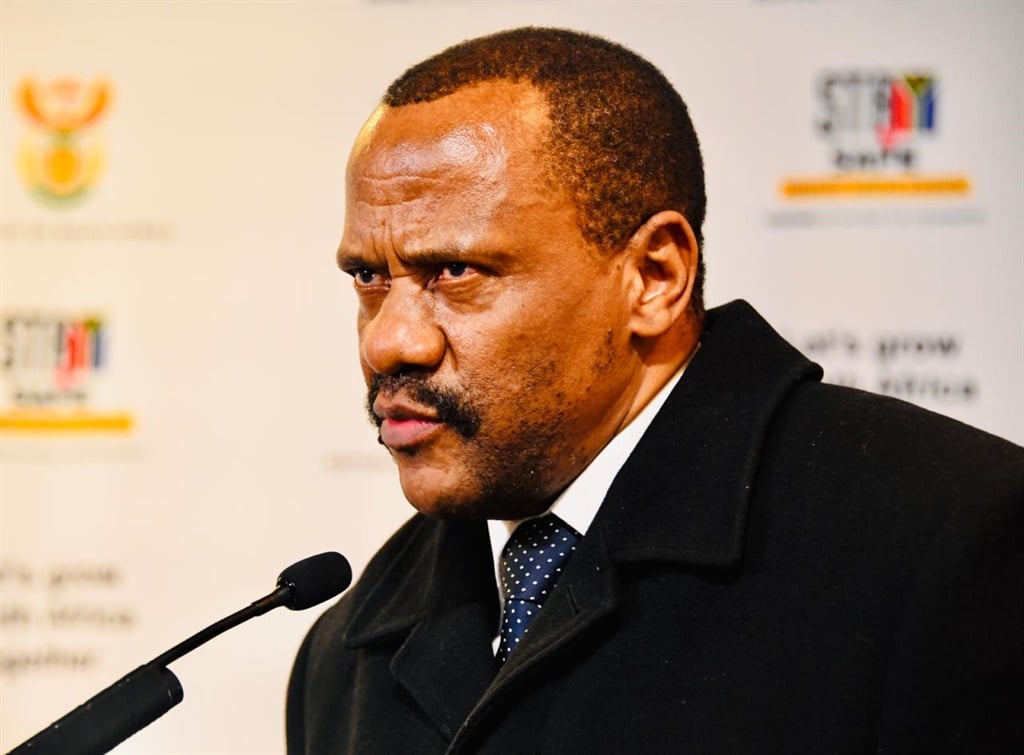 Lebeya said the investigation was done by a team led by a "very senior officer in the level of major-general".

"So all of the boxes are being ticked."

Lebeya said those arrested had a "certain portion" of the ammunition.

NFP MP Munzoor Shaik-Emam said his concern, and that of the general public, was that 1.5 million rounds of ammunition were in possession of someone, and nobody knows who.

He asked when it would be determined where the ammunition was, and who was responsible for its looting.

"Because it raises a great risk at this point in time," he said.

Lebeya responded: "Indeed, it is a concern that ammunition is there in illegal hands.

"At this stage, we are not having the answer as to who is responsible for stealing."

FRONTLINE | #UnrestSA: Lootings occurred in areas with history of violence

"We have got our intelligence who are working on this, assisting us, but I think that the members of the public are encouraged to bring forward the information because, for as long as the ammunition is in illegal hands, it poses danger to every one of us."

The committee will on Friday join Parliament's other committees, with oversight over members of the security cluster, for a briefing from the cluster about the unrest.

3 bag the jackpot in the Daily Lotto
Full list of lottery results
Lockdown For
DAYS
HRS
MINS
Voting Booth
Have you ever purchased a fake luxury/designer item?
Please select an option Oops! Something went wrong, please try again later.
Yes, I believed it was authentic
7% - 147 votes
Yes, I didn't want to spend that much money on the original item
21% - 456 votes
No, I always shop at reputable stores
14% - 322 votes
No, I don't wear designer clothing
58% - 1296 votes
Previous Results
Podcasts
PODCAST | My Only Story: The boys' school, the water polo teacher and the creepy WhatsApp messages