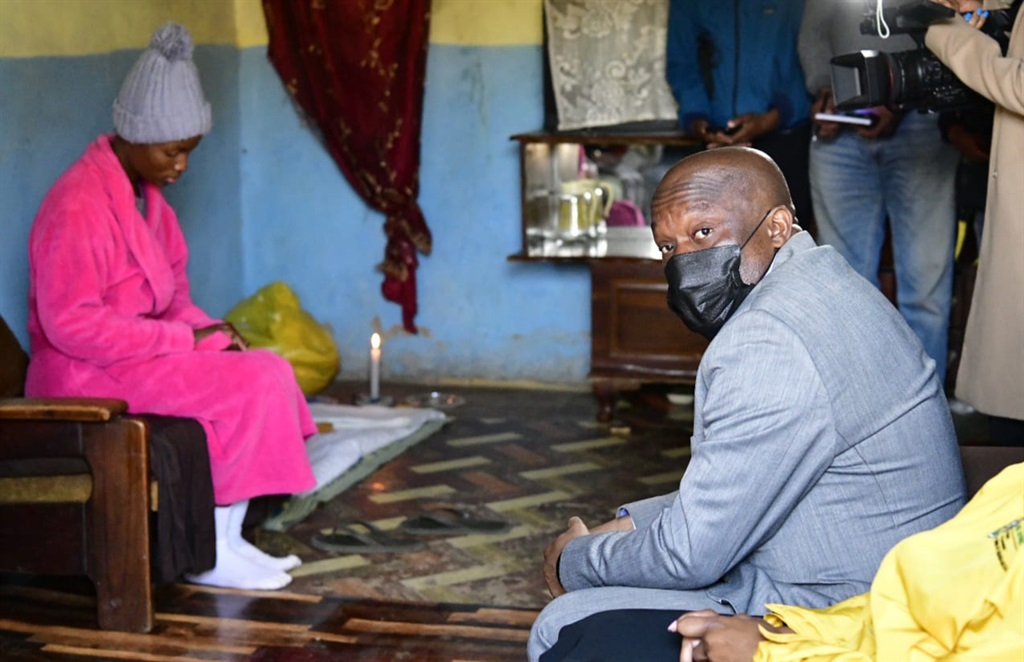 KwaZulu-Natal Premier Sihle Zikalala has visited families of those killed in unrest in the province over the last week.
Gcina Ndwalane

KwaZulu-Natal Premier Sihle Zikalala has visited the families of those killed during unrest in the province over the past week. He said local police were investigating almost 40 cases of murder.

Zikalala visited the Nzimande homestead in Inanda on Tuesday to convey condolences to the Vilakazi family, after 11-year-old Thulasizwe Vilakazi was shot and stoned in Phoenix, allegedly during the protests which gripped KwaZulu-Natal last week.

Zikalala was accompanied by Education MEC Kwazi Mshengu, Transport, Community Safety and Liaison MEC Neliswa Nkonyeni and a delegation from the eThekwini Municipality.

He also attended a prayer service held at the Faith in Jesus Ministries church in Inanda.

KwaZulu-Natal Premier Sihle Zikalala @sziks comforts bereaved families during a prayer held at Faith in Jesus Ministries church in Inanda.Premier Zikalala was accompanied by members of the KZN Cabinet and a delegation from eThekwini Municipality #KZNRising #GrowingKZNTogether pic.twitter.com/yZkpKmWpG7

"We are here as a team from the government. We came here to meet with families of those who were killed during the unrest. We met with the families of about 22 people who died from three wards of Inanda. There about 38 cases of murder that are being investigated by the police," Zikalala said.

Zikalala also visited the Phoenix police station to receive an update on the progress of cases and investigations into those who were shot, killed and injured during the unrest.

Phoenix Police Station officials brief KZN Premier @sziks and his delegation on the progress of cases and investigations pertaining to people who were shot, killed & injured during protests and looting of warehouses & retail shops which engulfed the province last week #KZNRising pic.twitter.com/RB5ExxiHmr

"We can confirm that recent arrests have been made. The police are still investigating lots of cases. One arrest is good, but they must proceed and ensure comprehensive investigation and arrests that are talking to all the cases," Zikalala added.

The premier also called on members of the public not to circulate fake news messages, saying it added to frictions between community groups.

He added that a programme to encourage social cohesion would be rolled out.

Super Saturday for 2 Daily Lotto players!
Full list of lottery results
Lockdown For
DAYS
HRS
MINS
Voting Booth
Facebook is facing a fresh crisis after a former employee turned whistle-blower leaked internal company research. Do you still use Facebook?
Please select an option Oops! Something went wrong, please try again later.
Yes, the benefits outweigh the risk for me
32% - 1955 votes
No, I have deleted it
38% - 2316 votes
Yes, but I am considering deleting it
30% - 1829 votes
Previous Results
Podcasts
PODCAST | The Story: Is dognapping on the rise?