#UnrestSA: Relief fund 'is not a salary holiday, it is meant for bad days' - UIF

The newly established relief fund to assist companies looted during the unrest has been infiltrated by fraudsters.

A few suspicious companies have been referred to SARS and the Department of Trade and Industry for verification.

"Our systems have picked up fraudulent activities and have not paid them. They have wasted our energy, which could have been diverted elsewhere. Some applicants' bank accounts are non-existent," Yawa said. Yawa said the fund was meant to assist businesses looted and destroyed during last month's unrest in parts of Gauteng and KwaZulu-Natal.

The companies will benefit from the Department of Employment and Labour's R5.3 billion Covid-19 relief fund.

Yawa said they had also established the Workers Affected by Unrest relief fund.

READ | Anatomy of a violent July: Data mapping shows unrest was part of tactical plan to shut down SA

"This fund is restricted to unrest in parts of Gauteng and KwaZulu-Natal only. The burning of trucks is not included. Our marching orders are talking to the period that saw the mass uprising and looting of businesses. If we must expand that, the department has brains to look into that," Yawa said. 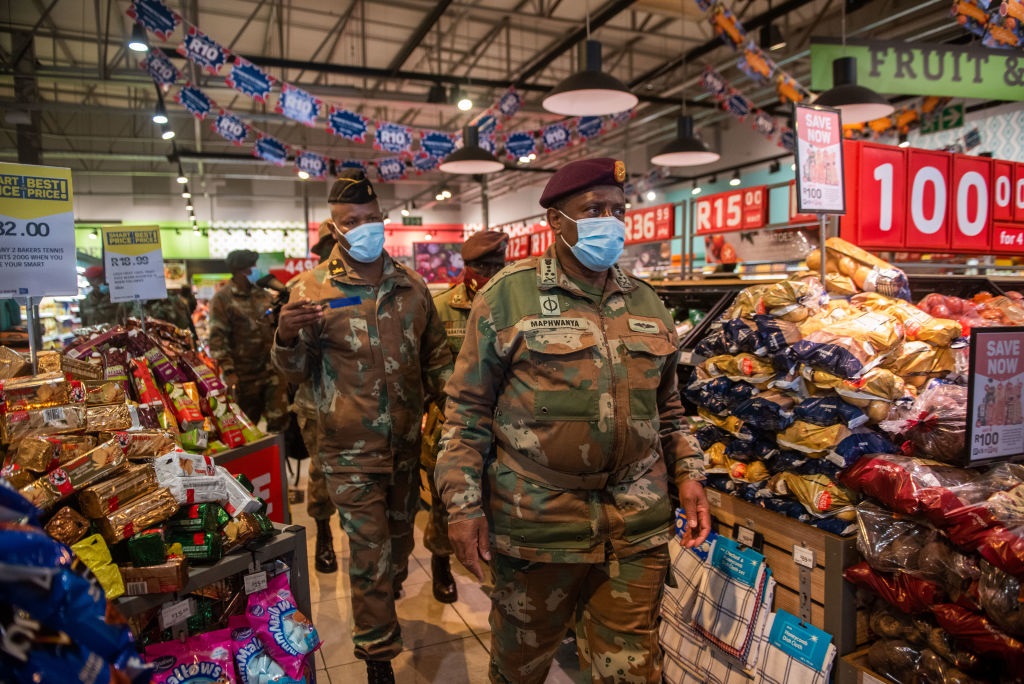 Chief of the SANDF, Lieutenant-General Rudzani Maphwanya, leads an inspection on looted shops in Alexandra in the wake of July's riots.
Alet Pretorius/Gallo Images via Getty Images

"We don't want some employers who can pay their workers and claim from UIF. We want to assist those who can't earn a living. This is not a salary holiday. The fund is meant for bad days. The process is for affected businesses and workers.

"Employers must apply for their workers. As a mechanism of truth, we don't want to be seen as a department that is reckless with money.

"Employers must first open a case with the police before claiming from the fund. We also want a report from insurance companies on behalf of companies that have lodged claims, and details of the employer and employees," said Yawa.

Ultimately, the UIF will pay directly into workers' bank accounts.

Yawa said workers would be able to trace their applications.

3 bag the Daily Lotto jackpot!
Full list of lottery results
Lockdown For
DAYS
HRS
MINS
Voting Booth
President Ramaphosa has punted the idea of mandatory Covid-19 vaccinations for South Africans. This is:
Please select an option Oops! Something went wrong, please try again later.
The right thing to do. We desperately need more South Africans vaccinated to prevent further mutations and restore normality in our lives.
70% - 12785 votes
A risky strategy. Compulsory vaccinations may have unintended consequences and damage our rollout campaign.
30% - 5434 votes
Previous Results
Podcasts
PODCAST | The Story: The Omicron variant and what we know so far