Uyinene’s alleged killer drank alcohol, then burnt her body and buried her in a shallow grave – Cele 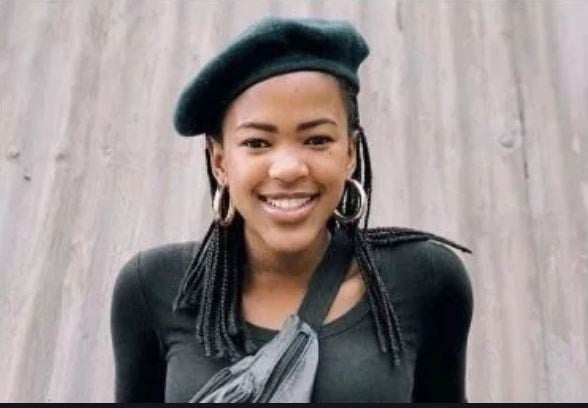 Uyinene Mrwetyana's alleged killer apparently burnt her body and then buried her in a shallow grave after raping and killing her inside the Clareinch Post Office in Claremont, Police Minister Bheki Cele said.

Cele revealed the details at the 19-year-old UCT student's funeral in East London on Saturday.

He painted the gruesome picture of what happened to the first-year student on August 24 at the post office when she went back to enquire about a parcel after operating hours, at the suggestion of the 42-year-old employee.

"The little girl comes for her parcel, the guy tells her to back later. I’ve heard already that other women have been told to do the same, so the modus operandi of this guy is almost the same," Cele said.

"The young lady… indeed comes back, with all the innocence in the world but she begins to realise that there is a problem here. This guy attacks this young woman, this young woman fights, she fought back heavily, parents. She fights, and for some reason, she loses footing, and he rapes her."

Cele told the crowd that in the middle of the attack, Mrwetyana managed to rise and continue to fight, until he reached for a heavy object and used it to bludgeon her to death with it.

"This story is told by the perpetrator when he confesses…"

"He realises what he has done, he buys some liquor and drinks it because he doesn’t know what to do. He wraps the young, beautiful body in his boot and goes and buys things to burn the body. Takes the body out, burns the body and digs a shallow grave and puts this beautiful [child’s] whole future in the grave."

Mrwetyana's remains were found in Lingelethu West, Khayelitsha a few  days after she was last seen alive.

The SA Post Office (Sapo) on Saturday revealed that a preliminary investigation into the employee found that his criminal record was known to officials in 2018 already.

The 42-year-old had a conviction relating to a 1998 carjacking with an eight-year sentence, of which five were served with three suspended.

"These findings were made available to Sapo officials in June 2018, however, the information was not disclosed to the Executive and Board," Sapo board member Charles Nwaila said in a statement.

Cele also revealed at the funeral that the man had an attempted rape case against him, which was subsequently withdrawn. The man allegedly attempted to rape a woman at a nursing home while there to visit his girlfriend.

Minister of Higher Education Buti Manamela, who attended both Mrwetyana’s memorial at UCT as well as her funeral, said he wished he was speaking at her graduation instead.

READ | 'It could have been me pleading, screaming and fighting for my life'

"This week we have seen an unprecedented outpouring of national grief for the death of Uyinene and justified anger at the man who killed her. This anger is understandable as Nene was a brilliant young person in the prime of her life, with her whole future ahead of her. We know from the many tributes to Nene, that she was a special person.

"As a nation, we are abruptly woken up from our slumber when these heinous crimes are committed. We are outraged by the brutality and wonder why these things are happening in South Africa."

He said the department had developed a Policy Framework and Strategy to address gender-based violence in post-school education institutions, with the focus being on prevention as well as correcting, monitoring and reporting the violence.He said toxic masculinity also needed to be defeated and war needed to be declared.

"We have lost Jess Hess, a student at the UWC, Angelique Clark-Abrahams, Ayakha Jiyane together with her three siblings who died at the hands of their stepfather, Champion Leifhandre ‘Baby Lee’ Jegels who was murdered by her boyfriend."

"We declare war to those who demand sexual favours from women in exchange for jobs or any service that is due to them by the public service."

He also said sugar daddies who preyed on the poverty of young girls and their vulnerability, as well as lecturers who demand sex in exchange for marks from students, should also be targeted.

"We declare war on fathers and uncles who sexually abuse their nieces and cousins and daughters, and commit to breaking our silence for the sake of family peace and to report their crimes to the police.

"We stand up, as men, and women, together, against these crimes that are committed against women, by us, and our folks, and commit to continue this fight until the last rapist, chauvinist, misogynist, patriarchs and murderers are driven out of our society."

We live in a world where facts and fiction get blurred
In times of uncertainty you need journalism you can trust. For only R75 per month, you have access to a world of in-depth analyses, investigative journalism, top opinions and a range of features. Journalism strengthens democracy. Invest in the future today.
Subscribe to News24
Related Links
Probe into Uyinene Mrwetyana's killer finds Post Office officials knew about his conviction
Uyinene Mrwetyana's memory to be honoured through UCT scholarship and new foundation
WATCH | Cape Town artist creates moving tribute to Uyinene Mrwetyana
Next on News24
LIVE | SA records 1 559 113 Covid-19 cases and 53 356 deaths