Violent protests due to leaders who don’t listen - Mahlobo 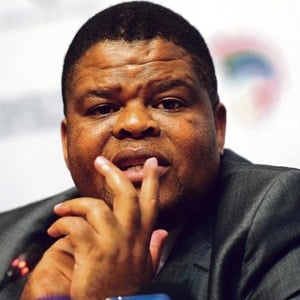 Johannesburg - If leaders did their jobs and listened to the people they served, protests would not escalate to the point where security services needed to step in, State Security Minister David Mahlobo said on Monday.

South Africa’s violent history had made protests a norm for citizens, he said at a seminar hosted by the Institute for Security Studies in Pretoria, under the theme “Can state intelligence help prevent violent protests?”

Since the start of Fees Must Fall protests to demand free higher education, violence had reached a point where national security services were brought in.

“We have seen untold levels of violence. Surely this cannot be accepted?

“If someone burns a school, that will be felt for many generations to come. We already don’t have as many universities as we need.”

Mahlobo said protesting students were raising genuine and important concerns, and the country should rally behind them as it was a matter of national interest.

Mahlobo said the main reason behind any major protest was almost always a lack of communication and action on the part of a leader.

“Before we have security problems, we have governance problems.

“If there is proper communication with the people and government, security services would not need to be called in,” he said.

Mahlobo said South Africans were generally peace-loving people. When protests escalated and became violent, it was usually due to “rogue elements” operating within groups raising genuine concerns through protest.

“They are raising issues, but those in government must respond to those issues in time.”

“We shouldn’t rush to label these threats as national security threats. Are we at that stage? I would argue that no argument has been made that we are.”

She said crime intelligence, rather than state intelligence, should investigate protests. Treating violence on campus as a national security matter would only add fuel to the fire.

The State Security Agency needed to do more to convince the public that it was working in their best interests.

“It has taken secrecy to unimaginable extremes. The public can’t be expected to trust the State Security Agency when its rules are not known,” she said.

We live in a world where facts and fiction get blurred
In times of uncertainty you need journalism you can trust. For only R75 per month, you have access to a world of in-depth analyses, investigative journalism, top opinions and a range of features. Journalism strengthens democracy. Invest in the future today.
Subscribe to News24
Related Links
UCT's reluctance to engage protesters delayed agreement - student movement
UCT, students sign peace agreement
Red T-shirts fill Church Square as EFF prepares to march
Next on News24
LIVE | Covid-19 in SA: Death toll hits 87 216 as cases rise by 578

Sweet Sunday for 2 Daily Lotto winners!
Full list of lottery results
Lockdown For
DAYS
HRS
MINS
Voting Booth
After the opening weekend of URC action, what did you make of the South African struggles?
Please select an option Oops! Something went wrong, please try again later.
It exposed the quality of South African rugby...
41% - 689 votes
There were positives to take
7% - 117 votes
We shouldn't read too much into one weekend
17% - 285 votes
It will take the SA sides time to adjust to the new competition
34% - 570 votes
Previous Results
Podcasts
PODCAST | The Story: Spotlight on filicide - what triggered Lauren Dickason? And how to get help