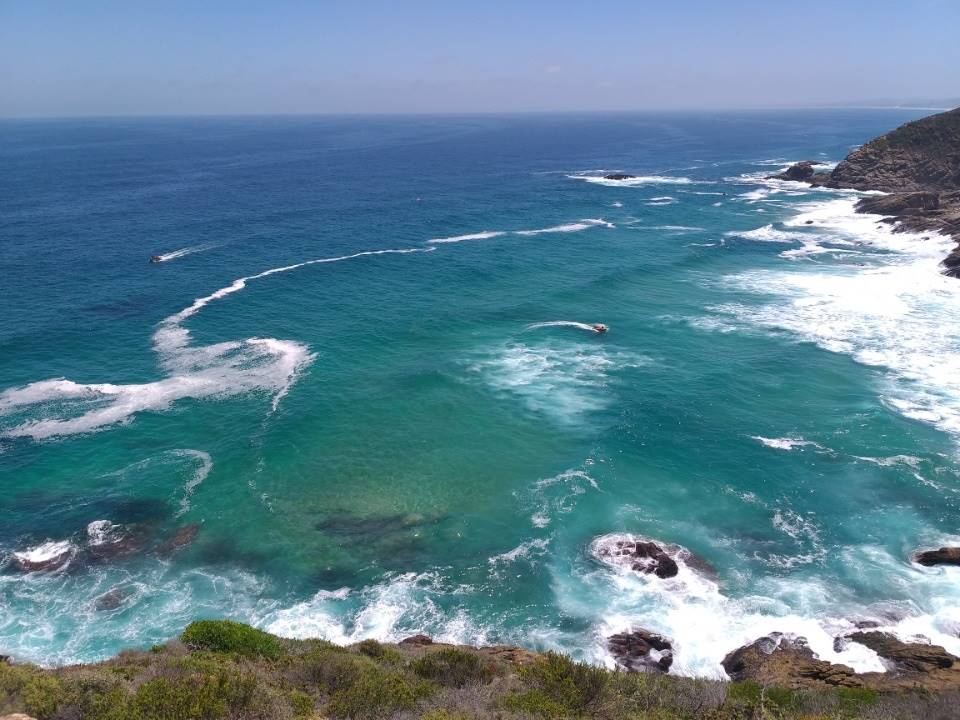 The cliff at Voëlklip where a mother and her 2-year-old daughter plunged to their death.
Supplied

The search for the body of a 2-year-old girl who is believed to have drowned when her mother seemingly drove her car off a cliff and plunged into the sea along Voëlklip Road at Herolds Bay in the Garden Route last week will be revised and possibly abandoned.

According to Netwerk24, police spokesperson Captain Malcolm Pojie said police divers continued their search for the girl on Thursday. "But an assessment will be made as to whether the search will be scaled down or perhaps cancelled."

Her body was briefly spotted by rescue personnel on Monday, before disappearing under the water again.

The 34-year-old mother drove her white Fiat off a cliff and plunged into the sea with her daughter just after 12:00 on 22 January.

The woman's 8-year-old son seemingly fell out of the car and sought help from people he encountered along the road.

City Press reported that the boy said his mother did not want to live anymore and drove into the sea with his sister.

Police and emergency services were called and the woman's body was retrieved from the sea later that afternoon.

R209k for two Daily Lotto jackpot winners!
Full list of lottery results
Lockdown For
DAYS
HRS
MINS
Voting Booth
As a child or as an adult, have you ever been a victim of bullying?
Please select an option Oops! Something went wrong, please try again later.
Yes, at school
55% - 3598 votes
Yes, at work
17% - 1135 votes
No, I've never experienced this
27% - 1792 votes
Previous Results
Podcasts
PODCAST | MISSING MATTHEW EPISODE 3: Decades of false starts add to a family's despair