Voting in a pandemic: Political parties will have to decide way forward 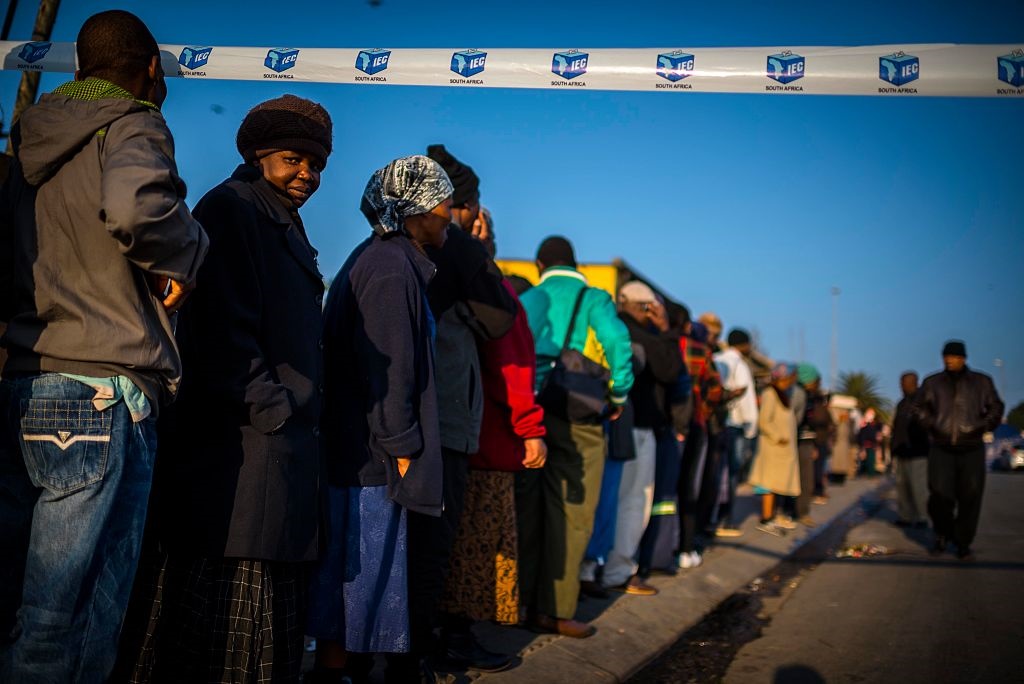 People wait in line to cast their vote in Alexandra during the 2016 Local Government Elections.
Cornel van Heerden/Foto24/Gallo Images/Getty Image

For the first time since the dawn of democracy, South Africans face the prospect of having to go to the polls in circumstances vastly different to previous elections.

The 2021 local government elections (LGE) is set to take place between August and November and while electoral bosses are preparing for the polls "as usual", there remains the possibility that Covid-19 could severely impact voting day.

Political analyst Ralph Mathekga has said the success of voting day, should it be held under Covid-19 lockdown conditions, will depend on political parties and its leaders.

"I have heard some people discuss the postponement of the elections. We are far from that. The impact of Covid-19 is not about the postponement of the local elections. We should be focusing on what type of election is going to take place. We have seen that voting goes ahead despite a pandemic. Look to the primaries in the US election. Nothing is perfect, but we have to start somewhere," Mathkega said.

He said an online election was also an option, but whether "political players" would accept this method "remains to be seen".

"What will be important is the willingness of parties to adapt to a new way of doing things. The IEC (Independent Electoral Commission) should be able to hold online elections, but again I say, it will be up to political leaders. The system is based on parties and if parties do not pull together in a time like this... you can have the right system, but it needs everyone’s input and support," he said.

During a parliamentary sitting last week, IEC chairperson Glen Mashinini said the biggest risk ahead of next year's elections was the Covid-19 pandemic.

Mashinini told MPs they remained "hopeful" and all they could do now was to prepare as best they could.

The IEC also denied media reports suggesting that the elections next year could be postponed due to Covid-19.

It also squashed reports of a proposed amalgamation of national, provincial and municipal elections into a single event.

The IEC maintained that holding a single general election for all spheres of government each five years and electronic voting were among the potential considerations for Parliament.

Other challenges included voters without addresses. This issue was particularly important in local government elections where 50% councillors were elected directly.

The IEC was also investigating 1.1 million potentially incomplete addresses on the voters' roll, while another 1.2 million registered voters had no address at all.

"It's really not possible to postpone the elections. It would be a little bit of a nightmare to do that. There is, however, time for the IEC to prepare. But we cannot simply deviate from the current way of conducting elections," she said.

Asked about online voting, Letshele said: "We don't have the infrastructure to do that. We would also be excluding a large number of voters. especially older people, who have little access to the internet. We can think of having the elections over a few days to allow less people to vote on a day."

Lawson Naidoo, of the Council for the Advancement of the South African Constitution (Casac) said the IEC had indicated its readiness to hold the election.

"Given what we know, one should assume that they should be able to do it," he said.

We live in a world where facts and fiction get blurred
In times of uncertainty you need journalism you can trust. For only R75 per month, you have access to a world of in-depth analyses, investigative journalism, top opinions and a range of features. Journalism strengthens democracy. Invest in the future today.
Subscribe to News24
Related Links
Addressing a problem: The IEC’s headache ahead of 2021 local govt elections
Show must go on: IEC says 2021 municipal elections on track
ANC and EFF will have to work together if they want to merge national and local elections
Next on News24
LIVE | Covid-19 in SA: Death toll tops 41 000 as cases hit 1 417 537