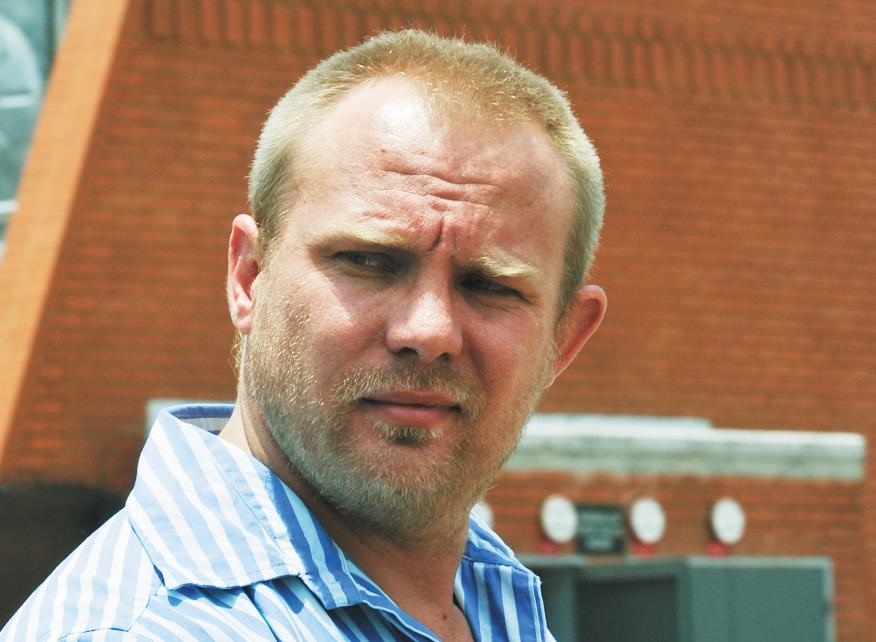 Gerhard Jansen van Vuuren was extradited from Brazil on Friday, and is set to face the music back in South Africa after being a fugitive for seven years, after he allegedly fled his murder trial for the alleged killing of his ex-girlfriend in 2011 .

According to police, Van Vuuren was meant to stand trial in 2013 after allegedly stabbing his ex-girlfriend, Andrea Venter, to death outside her home in Johannesburg in December 2011.

Van Vuuren allegedly attempted suicide at the crime scene. He was later charged with a charge of murder in the Randburg Magistrate's Court.

The case moved to the Johannesburg High Court where he was granted bail, but fled the country days before the start of his trial in May 2013.

"Subsequent to this, a warrant of arrest was issued by Interpol Pretoria wherein a process to trace and track him down was expedited. He was later arrested by Brazilian authorities in August 2013 on a charge of false documentation and [was] regrettably released in 2015 after serving a sentence for this crime.

"For a number of years, Interpol Pretoria had been in contact with Brazilian authorities to locate him. In June 2020, the investigating teams collaborative efforts culminated with the arrest of the alleged murder fugitive at an identified address in Brazil," police spokesperson Colonel Athlenda Mathe said.

Mathe said Jansen van Vuuren was expected to land at OR Tambo International Airport at 13:00 accompanied by an Interpol investigating team who tracked him down.

He has been kept in police custody in Rio De Janeiro, Brazil since his arrest.

SAPS management has hailed the work done by everyone who was involved in the investigation.

National police commissioner General Khehla Sitole said: “This is a culmination of hard work and the relentless efforts of our law enforcement officers including the Investigative Psychology Section (IPS) within the SAPS, Interpol Pretoria, the National Prosecuting Authority (NPA) and the Brazilian Federal Police.

"This is indeed a victory for us as a service, thank you to the team who didn’t give up even after years of hard work. Our focus is to bring closure to the family and friends of the deceased as well as to ensure that justice is served”.

We live in a world where facts and fiction get blurred
In times of uncertainty you need journalism you can trust. For only R75 per month, you have access to a world of in-depth analyses, investigative journalism, top opinions and a range of features. Journalism strengthens democracy. Invest in the future today.
Subscribe to News24
Related Links
Police tighten noose around hijackers’ necks
Fugitive cuffed after four years
Arrest made after 15 years
Next on News24
RUNDOWN | SA nears 50 000 Covid-19 deaths, moves to Alert Level 1 amid drop in infections

1 person bags the Daily Lotto jackpot
Full list of lottery results
Lockdown For
DAYS
HRS
MINS
Voting Booth
When a Covid-19 vaccine for under 16's becomes available, will you be taking your children to get it?
Please select an option Oops! Something went wrong, please try again later.
Yes, immediately!
37% - 2632 votes
I'll wait to see how others respond
26% - 1848 votes
No, I don't think they need it
37% - 2604 votes
Previous Results
Podcasts
PODCAST | MISSING MATTHEW EPISODE 3: Decades of false starts add to a family's despair