A routine training activity nearly turned deadly when an elephant bull charged at wildlife guide students who were on a safari tour at the Selati Game Reserve on Sunday.

In a frightening video that went viral, two elephants could be seen wandering towards the vehicle when a third charged from the left. The bull was in musth and used its tusks to shift the vehicle off the path.

According to EcoTraining, instructors and trainees came across a breeding herd of elephants during a routine drive at the game reserve on Sunday.

"The vehicle stopped to observe the elephants and give them a chance to settle down. An elephant bull, [which] was with the breeding herd, mock charged the vehicle. The elephant bull mock charged again when they moved forward slowly and then made contact with the game drive vehicle and displaced it off the road," Lategan said. 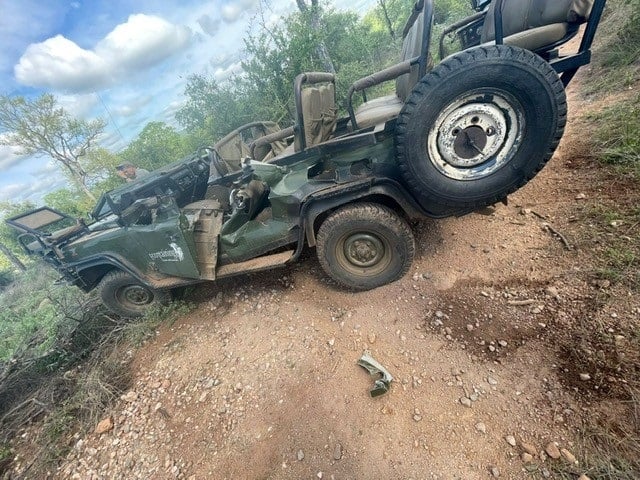 In a second video, filmed by an onlooker in another vehicle, as the bull elephant charged the vehicle, students could be seen jumping out and running to safety. It then appeared as though the elephant retreated shortly after attacking the vehicle.

Selati Game Reserve general manager Bryan Havemann said: "Although the vehicle was damaged, thankfully, none of the people [in] the vehicle were injured."

EcoTraining said everyone involved in the incident received counselling.