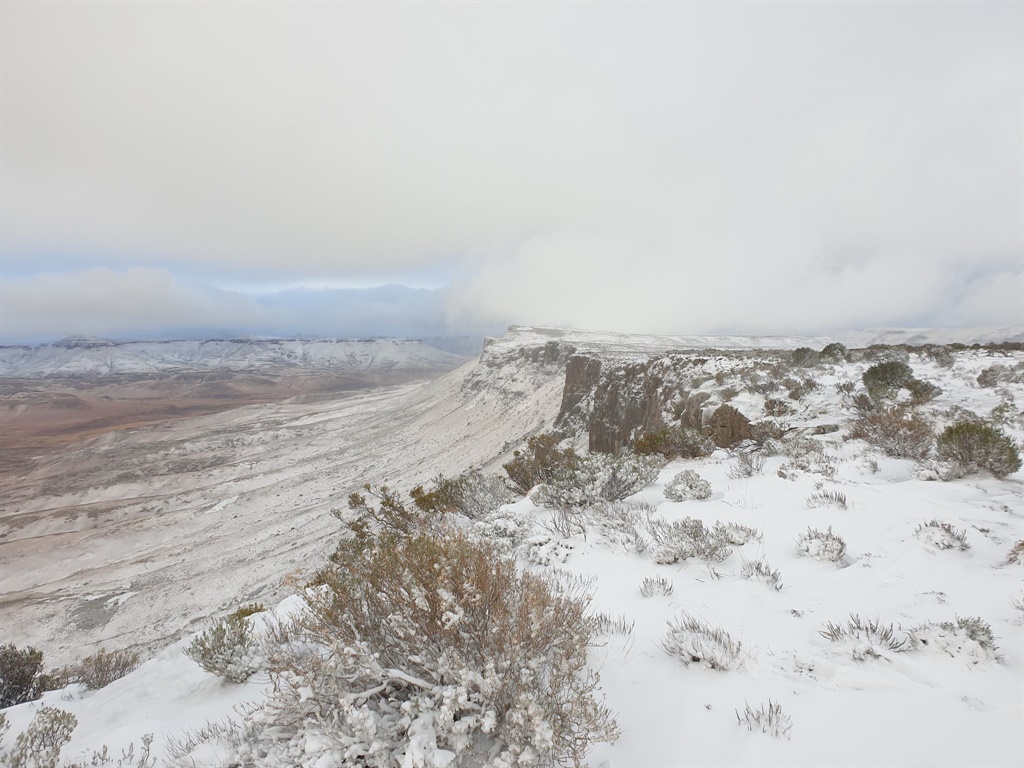 The Storm Report SA team took this picture on the Barkly Pass between Barkly East and Elliot.
Twitter/@SnowReportSA1

A cold front has brought snowfall, low temperatures and heavy rain to the Cape provinces.

The Storm Report SA team took these pictures on the Barkly Pass between Barkly East and Elliot pic.twitter.com/LymP9y50d2

On Saturday morning, the first images of a winter wonderland emerged, in the passes above Barkly East in the Eastern Cape.

The Sorm Report SA team is between Barkly East and Elliot. pic.twitter.com/wcKM2aR6fS

Snow was also spotted in areas of Lesotho.

SNOW! It started falling in the early hours of this morning and we have woken up to incredible scenes blanketed with snow. #Lesotho #snow #Semonkong @eNCA @SnowReportSA @GoodThingsGuy @TimesLIVE @GetawayMagazine @visitlesotho pic.twitter.com/aTnNdVOrE1

The intense cold front is expected to affect the Western Cape and Northern Cape into Monday. The public can expect further galeforce winds, heavy rain, flooding and very cold conditions, as well as rough seas.

Motorists have been warned of icy and slippery road conditions at the Barkly Pass along the R58 between Elliot and Barkly East, Arrive Alive reported.

Motorists are advised to exercise caution when approaching that section of the road and allow enough time and space to react to a sudden emergency and move from harm's way or to come to a stop safely.

Increase your following distance as stopping distances can be 10 times greater than on dry roads, Arrive Alive said. Sutherland in the Northern Cape was covered in a light dusting of snow on Saturday morning.
Supplied Chantél Fourie 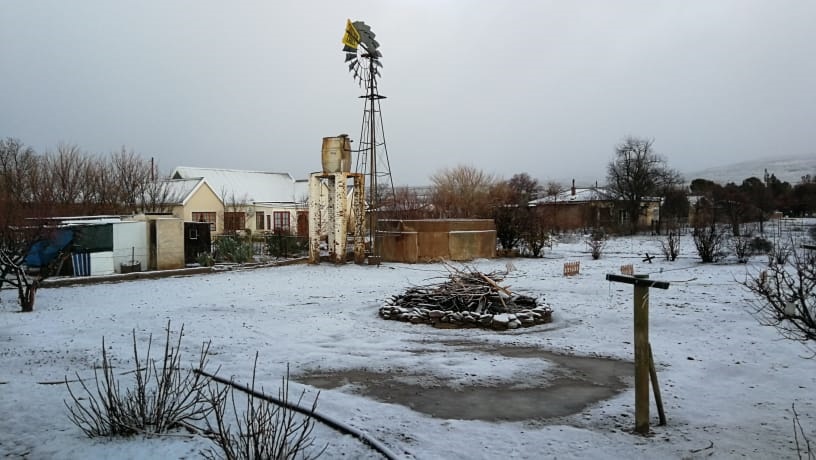 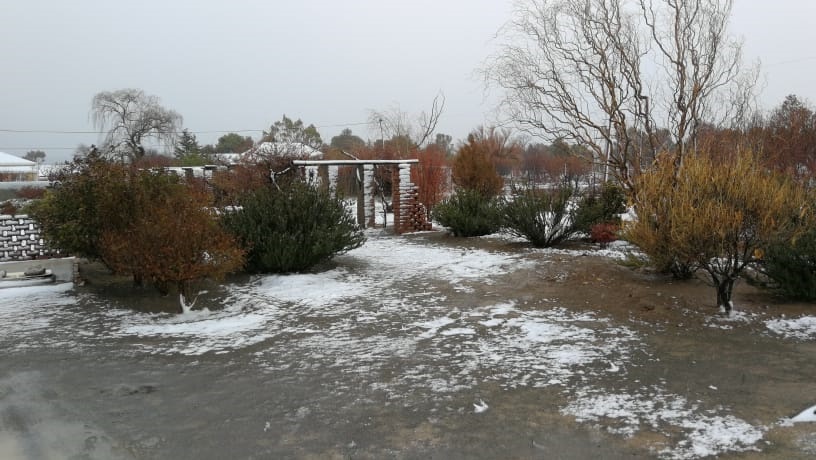 The South African Weather Service (SAWS) has warned that South Africans, particularly those living in the Western Cape, can expect "chilly, windy and wet conditions" in the days ahead.
Supplied Chantél Fourie Snowfall was also expected over the Western Cape's mountainous regions, although this will be "non-disruptive".
Supplied Chantél Fourie The sun came out for at least an hour, before it started snowing again.
Supplied Bidstone Cottages

South Africans have been warned to brace themselves for cold conditions over the weekend.
Supplied Bidstone Cottages A second cold front will hit the southern parts of the country following a major cold front that developed on Thursday.
Supplied Bidstone Cottages

Rain, snow, strong winds and low temperatures are expected.
Supplied Bidstone Cottages
We live in a world where facts and fiction get blurred
In times of uncertainty you need journalism you can trust. For 14 free days, you can have access to a world of in-depth analyses, investigative journalism, top opinions and a range of features. Journalism strengthens democracy. Invest in the future today. Thereafter you will be billed R75 per month. You can cancel anytime and if you cancel within 14 days you won't be billed.
Subscribe to News24
Related Links
It's snow joke: SA Weather Service warns of 'bitterly cold, wet and windy' weekend
Your weather: Snow, heavy rains and strong winds set to hit SA on Thursday
Brrrace yourselves: 'Major' cold front to bring heavy rain, snow to SA
Next on News24
BREAKING NEWS LIVE | Two more suspects appear in court for allegedly killing Collins Chabane mayor