WATCH | 'I could see her skin peeling off': Cape Town woman dies after being set alight by boyfriend 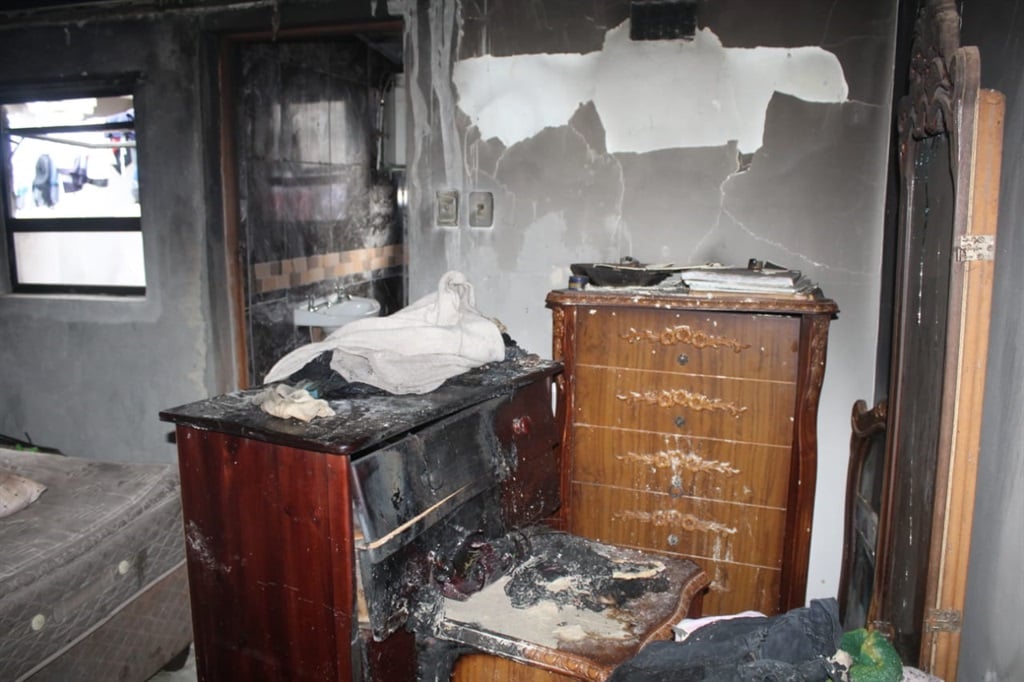 The scene where Jacqueline Mpontsana, 40, was attacked. She later died of her injuries in hospital after being doused with petrol and being burnt alive.
Supplied

Two days after a Cape Town couple rekindled their relationship after a break-up, the woman is dead after being set alight after a row in her partner's home.

Her boyfriend is on the run, with a manhunt being launched after the attack in Gugulethu in the early hours of Monday.

Support independent journalism
Subscribe to News24 for just R75 per month to read all our investigative and in-depth journalism. You can cancel any time.
Subscribe
Already a subscriber? Sign in
Next on News24
LIVE | Covid-19: SA's cases rise by 6 381