President Cyril Ramaphosa said the government would prioritise assisting residents whose homes and belongings were destroyed after a dam collapsed in Jagersfontein and flooded the area.

"We're going to investigate, but for now, let us focus on restoring the livelihoods of our people here, with immediate effect. This includes businesses. We are also going to look into whose businesses have been affected and how we're going to support [them]," he said.

The president visited the area on Monday to speak with residents and conduct a site inspection.

Ramaphosa said several ministers and MECs were in the area to assess the situation and offer their support. Mineral Resources and Energy Minister Gwede Mantashe was planning to visit on Tuesday.

"We're not here only for you to see us, but so I can see what happened and the work done by the premier, MEC, municipality, and other organisations that have been helping and to ensure that we will fix what happened to support you. We won't abandon you," the president promised.

He also expressed concern about matric pupils whose studies would be affected. 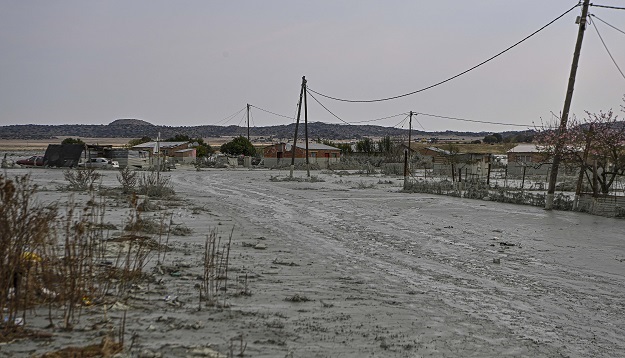 "My people, we are happy we don't have a president who cares about the high life and his status. We have a president who told himself he is responsible for looking after his people. Things will get back in place, my people, and every single one of you will get washing material, blankets and other stuff," she said.

"You have given us a balanced presentation of hope that government will be here with you, but also, telling us that some of the things could have been addressed," said Ramaphosa.

"We will investigate what we should have done and what not. Don’t lose hope. The government is going to be here, walking this journey with you."