A labour dispute, allegedly due to unpaid wages, led to a stand-off between private security and construction workers in Sandton, Johannesburg, on Wednesday.

A private security company, Scorpion Risk Holdings, said it was called out to the Sandton premises due to a labour dispute between workers and a contractor.

"As we arrived, the rioters basically attacked us and assaulted our members. One of our members was stabbed with a knife on the right side of the chest, and he was rushed to Morningside Clinic. He is stable," CEO Riaan Erasmus told News24 at the scene. 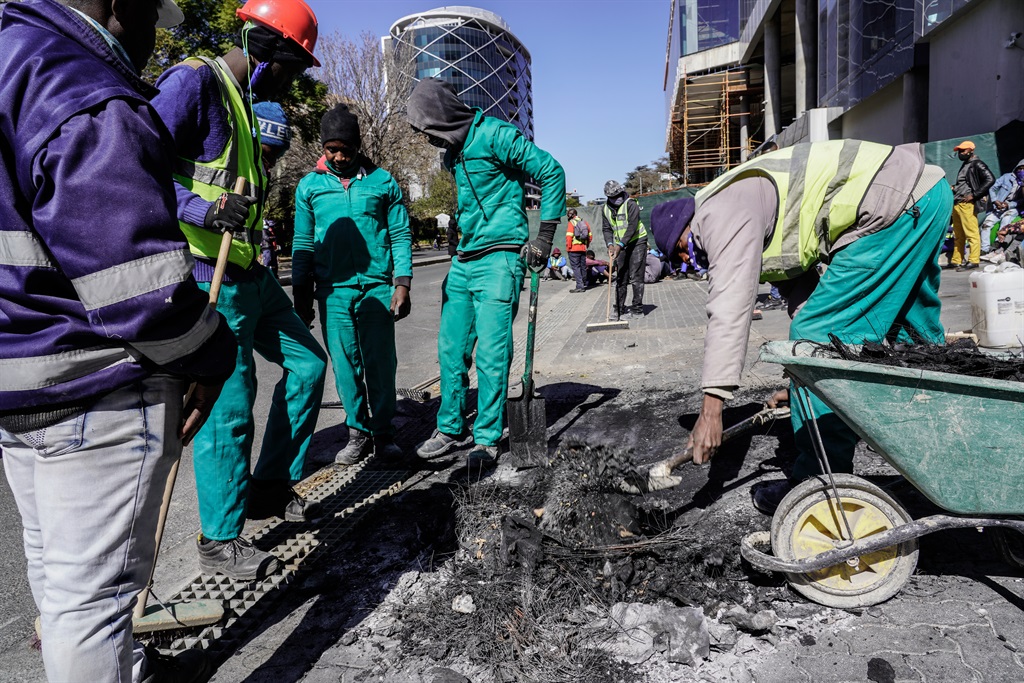 He said the protesting workers allegedly took a firearm, loaded with rubber bullets, but it was later retrieved by law enforcement.

One of the workers on the scene told News24 they were protesting because they had not been paid for two months.

"Today we are here to strike to get our money... we are using transport, we are paying rent where we are staying.

"They are promising us that we are going to get paid today, but we are just waiting," Enoch Mnisi said. Mnisi said the workers were not looting, but striking for their pay.

He said there had been an altercation between the private security and the workers.

"[They] started shooting at us, but we told them we need our money - they do not know what we have been through," he said. The management, said to be inside the premises negotiating a resolution, did not speak to the media.

"There [was] a protest in Benmore Road, in Sandton, where construction workers have been protesting because of allegations of no payment of salaries. There was an assault on one of the security guards, who was injured and taken to Morningside Clinic," he said.

Currently, the situation is calm and officers are said to be monitoring the area.