A man has been shot dead in his vehicle at a Pretoria filling station. Police have appealed to the public to come forward with any information that could help them apprehend the gunmen.

The shooting happened at a Total petrol station in Rosslyn on Wednesday at around 11:40. It also left a petrol attendant wounded.

Police spokesperson, Lieutenant Colonel Mavela Masondo, said the 52-year-old murdered man "stopped at the petrol station when he was accosted by two armed suspects who fired shots at him, using rifles". A man was shot dead in his vehicle at a Pretoria petrol station.

Video footage of the apparent hit showed a white Toyota Etios hatchback pulling up next to the victim's vehicle, a silver Ford EcoSport. A man in the passenger's seat then opened fire with a rifle, through an open window.

The vehicle was riddled with bullets. A man was shot and killed in his vehicle at a Pretoria petrol station. 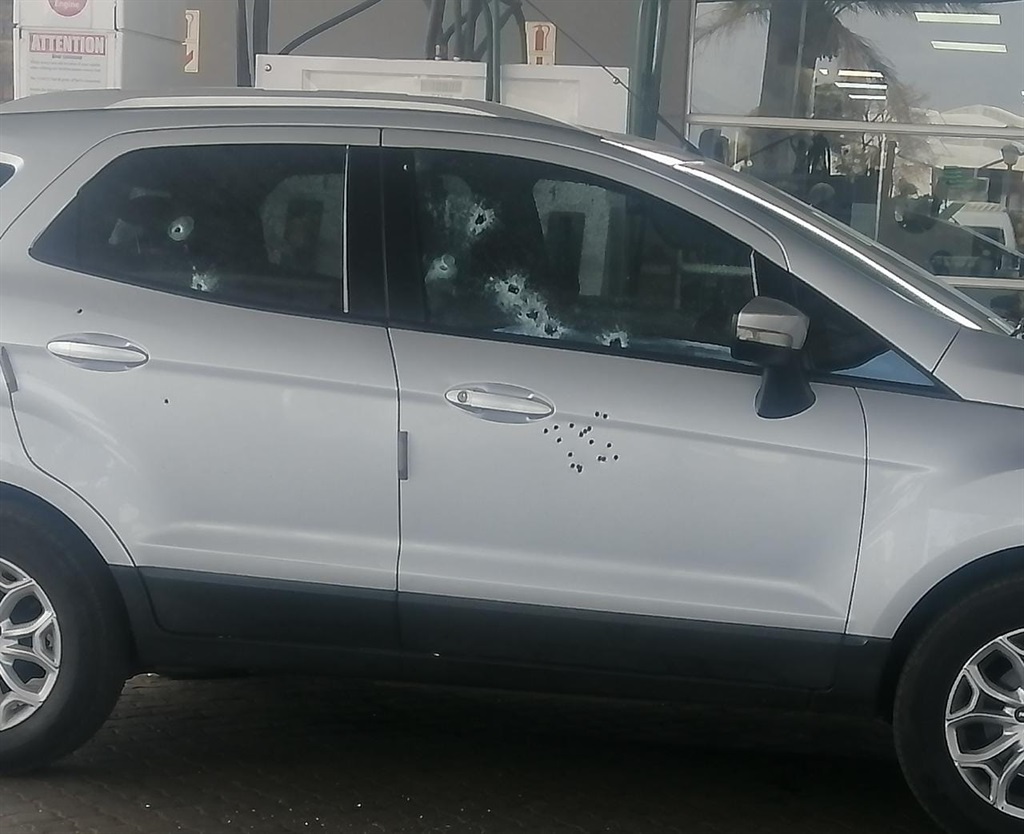 A man was shot and killed in his vehicle at a Pretoria petrol station.
Supplied PHOTO: Supplied

After the shooting, the gunman appeared to take a photo before the vehicle sped off.

During the shooting, a petrol attendant sustained injuries after he was hit by bullets in his hand and abdomen. The motive for the shooting cannot be confirmed at this stage. A case of murder and attempted murder has been opened.

"Police are appealing to anyone who might have information that can help in the investigation or assist in the apprehension of the suspects to please call the nearest police station or Crime Stop on 08600 10111," Masondo added.

Read more on:
pretoriagautengshootingscrime and courts