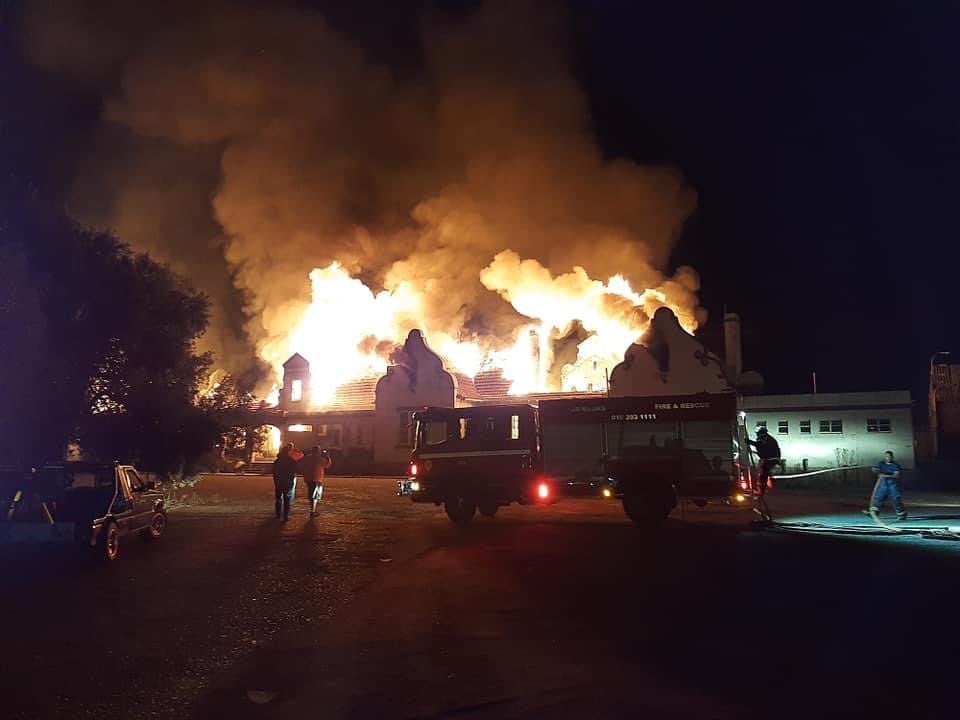 Parts of the historic 100-year-old Potchefstroom railway station was gutted in a mystery blaze early on Sunday morning.

"It is quite a loss," said Willy Maphosa, the spokesperson for the JB Marks Municipality which Potchefstroom falls under.

He added the fire brigade received a distress call at around 03:00 on Sunday but when they arrived extinguish the fire it was already too far advanced.

Maphosa said the train station itself was not in as regular use as in the past, with commuters using taxis and buses, but the long-haul Cape Town to Johannesburg train would stop there.

The station with its gables and covered verandas is understood to have dated back to 1919.

He added the ticket offices and adjacent building were gutted. "The railway tracks, the few goods carriages in the vicinity and the old steam engine were fortunately unharmed."

The cause of the fire is unknown and no injuries were reported.

We live in a world where facts and fiction get blurred
In times of uncertainty you need journalism you can trust. For only R75 per month, you have access to a world of in-depth analyses, investigative journalism, top opinions and a range of features. Journalism strengthens democracy. Invest in the future today.
Subscribe to News24
Related Links
Fire destroys theatre
WATCH | Fire guts part of Pretoria hardware store
Fire breaks out at Gauteng school hours before first day back
Next on News24
LIVE | Covid-19 in SA: 53 new deaths as cases hit 2 920 109