Environmental groups have voiced their anger over a Durban crude oil spill that caused ecological damage in the Umbilo River this week.

"Having pipelines run in such close proximity to sensitive ecological areas is a recipe for disaster and we cannot continue to turn a blind eye to the ecological damage this is causing in the name of 'economic development', as argued by the Department of Economic Development," Wildlands Trust CEO Dr Roelie Kloppers said on Friday.

The pipeline belongs to Transnet Pipelines (TPL) and according to it, the spill was the result of an attempted theft. It was given 14 days to submit a report to the provincial government on how the thousands of litres of crude oil ended up in the Umbilo River.

Kloppers said the river was already "in a shocking state due to years of chemical dumping and pollution, to the point where authorities have warned people to avoid contact with the river".

"Whilst it's great to see Transnet and government taking swift action to address the latest oil spill, more preventative action is needed to protect the river, the harbour and particularly, the Bayhead Mangroves."

The South Durban Community Environmental Alliance (SDCEA) called for an investigation by the Green Scorpions, saying they were not convinced that an attempted theft was the sole cause of the spill.

"SDCEA maintains the pipeline is old and corroded and should have been closed when the new New Multi-Product Pipeline was built," they said in a statement. They added that Spill Tech and the KwaZulu-Natal Department of Edtea were working around the clock "but, despite hundreds of booms, the oil has reached the Durban Harbour and the Bayhead Mangroves".

"The Bayhead Natural Heritage Site protects some of the last remaining, and most accessible, estuarine tidal flats in Durban Bay. These sandbanks provide vital feeding areas for waders and the mangroves are an essential ecosystem for around 120 species of aquatic birds."

Edtea MEC Nomusa Dube-Ncube welcomed "messages of support from environmentalists, activists and other experts involved in the fight against pollution".

"Some have offered their expertise as we work with Transnet to rehabilitate and clean up the environment."

She said she scheduled a visit to the Durban Canal Harbour on Saturday at "around lunchtime to monitor progress regarding the cleaning up of the environment". 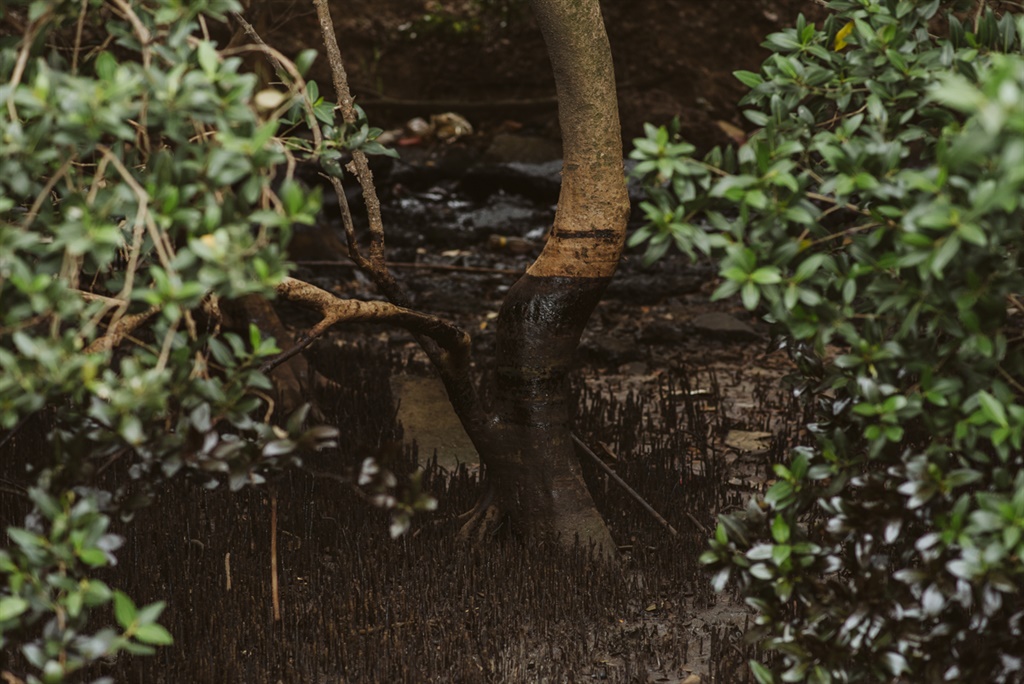 "We are deploying scientists and experts from our entity, the KZN Sharks Board to ensure the protection of our biodiversity, which is under threat. I was satisfied with the work carried out by the team deployed by Transnet when I visited the Durban Harbour with compliance officers and environmentalists on Wednesday afternoon, after briefing Cabinet."

"[He] undertook to deploy highly skilled law enforcement officers, including intelligence, to dismantle what appears to be a syndicate that is extracting crude oil from Transnet pipelines. We are interested to understand who is behind this racket. Who is buying crude oil? Are there any illegal refineries? Who is distributing this crude oil and how big is the market?" She said in 2020 alone, there were 80 incidents of the extraction of petroleum from pipelines and only one conviction a few weeks ago.

"Last year, there were more than 100 incidents. In this regard, I have appealed to communities to report suspicious tankers/trucks near pipelines as they are involved in illegal activities. In the last incident, more than 60 000 litres of crude oil were lost. I continue to receive progress reports which I will share with the public tomorrow."

She said she would await Transnet's report.

"I remain concerned and [am] doing everything in the interest of affected residents and to protect further damage to the environment and biodiversity."

We live in a world where facts and fiction get blurred
In times of uncertainty you need journalism you can trust. For 14 free days, you can have access to a world of in-depth analyses, investigative journalism, top opinions and a range of features. Journalism strengthens democracy. Invest in the future today. Thereafter you will be billed R75 per month. You can cancel anytime and if you cancel within 14 days you won't be billed.
Subscribe to News24
Related Links
2 sailors killed as Mauritius oil spill clean-up boats collide
Mauritius fishermen battle to save dozens dolphins near oil spill
18 whales die in Mauritius stranding - but its govt denies link to massive oil spill
Next on News24
LIVE | Covid-19 in SA: 6 375 new cases