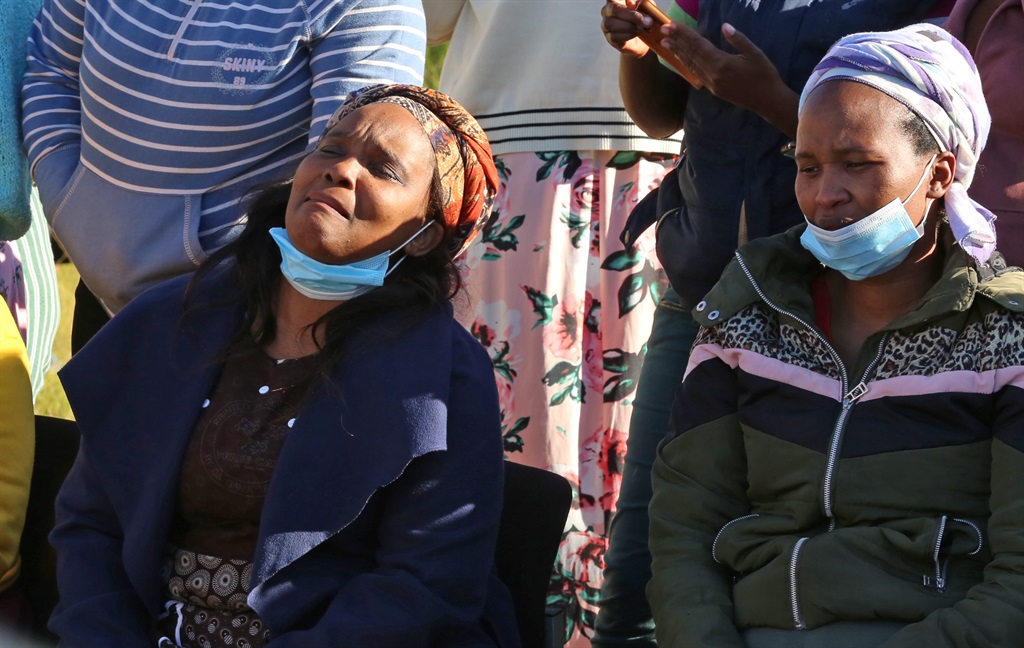 Grieving families of 21 children who died at an East London tavern.
Johnnie Isaac

On Sunday morning, Vusumzi Mngxongo grew worried when his 14-year-old daughter did not knock at the door of the family home in the early hours of the morning, as is the norm on weekends.

Mngxongo said his daughter, NoPinky, usually came back from partying early in the morning.

"Whenever she went out, she would return home in the early hours of the morning. I would often wake up and open the door for her in those early hours, but I worried when she could not knock at the door at the usual time this morning," he said.