'We have nowhere else to go' - shack dwellers in Soshanguve 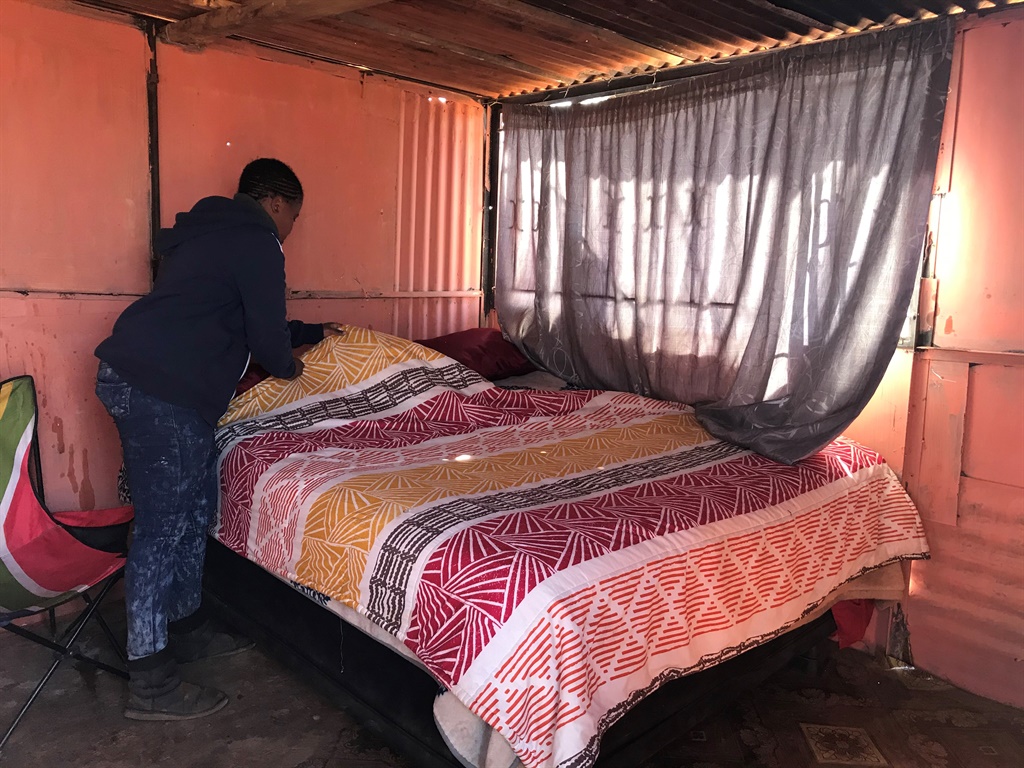 A shack dweller who claims she has been living in the informal settlement since the beginning of 2020.
Alex Mitchley

As the lockdown enters its fifth month, shack dwellers in a newly built informal settlement in Soshanguve say they are being evicted and have nowhere else to go.

News24 visited the informal settlement in Block TT on Tuesday, following reports by residents they were going to be evicted and the shacks demolished.

Several of the residents, who spoke on condition of anonymity, said the demolitions started on Monday, where several shacks were destroyed by a private security company, aided by the Tshwane metro police. They said they were handed a notice by the security company, demanding that they remove their building materials and leave the area within 24 hours. Tshwane metro police spokesperson Isaac Mahamba confirmed the authenticity of the notice.

READ | The plight of unlawful evictions in SA

Mahamba said the service provider was appointed by the City of Tshwane to monitor land invaders and issue notices with a possibility of demolishing structures. However, residents claimed that many of the shack dwellers had been living in the informal settlement since the beginning of the year, with some having built their shacks in 2019.

A shack dweller who claims she has been living in the informal settlement since the beginning of 2020.
News24 Alex Mitchley

If their claims of occupancy are valid, a court order needs to be obtained to evict them and destroy their shacks. Several of the affected residents said they were aware they were occupying the land illegally, but that desperation led to the building of homes on the vacant plot. "We are not fighting, but we have nowhere else to go," one shack dweller told News24.

Another said his financial situation had worsened under the lockdown and that he now had no alternative. The shack dwellers said they would not fight or resist the evictions, but pleaded to be moved to a place where they could live. What appears to be a newly built shack that is being occupied.
News24 Alex Mitchley

News24 sent questions to Mahamba about the legality of evictions during the lockdown and for a response about the claims that shack dwellers have lived there for an extended period of time. His reply will be added once received.

We live in a world where facts and fiction get blurred
In times of uncertainty you need journalism you can trust. For 14 free days, you can have access to a world of in-depth analyses, investigative journalism, top opinions and a range of features. Journalism strengthens democracy. Invest in the future today. Thereafter you will be billed R75 per month. You can cancel anytime and if you cancel within 14 days you won't be billed.
Subscribe to News24
Related Links
Western Cape evictions spark 'riotous' protests
Aloe MK vets handed eviction notices
WATCH | Covid-19 evictions: 'We're humans, not pigs'
Next on News24
LIVE | Covid-19 in SA: 3 801 new cases