The Department of Basic Education (DBE) says it hopes schools will not be forced to close again due to Covid-19 as the impact will be devastating.

"Schools have been opened from the 26th of July, and what you are seeing is additional learners going back to school," the department's spokesperson Elijah Mhlanga told the media in Katlehong, Gauteng, on Monday.

"We hope that we will not be forced to close school again or go on an early recess again this year because it will be devastating to the sector," Mhlanga said.

Mhlanga was joined by Gauteng Department of Education spokesperson Steve Mabona at Kabelo Primary School in Katlehong to monitor the situation as pupils returned to school.

"We are here today (Monday) as part of monitoring the first day of all learners at primary school level. This decision was gazetted in May in preparation for the learners to get back to class owing to the losses that have already been incurred in the basic education sector due to the coronavirus," Mhlanga said.

Kabelo Primary School has 1 233 pupils and averages 40 to 42 pupils per class. 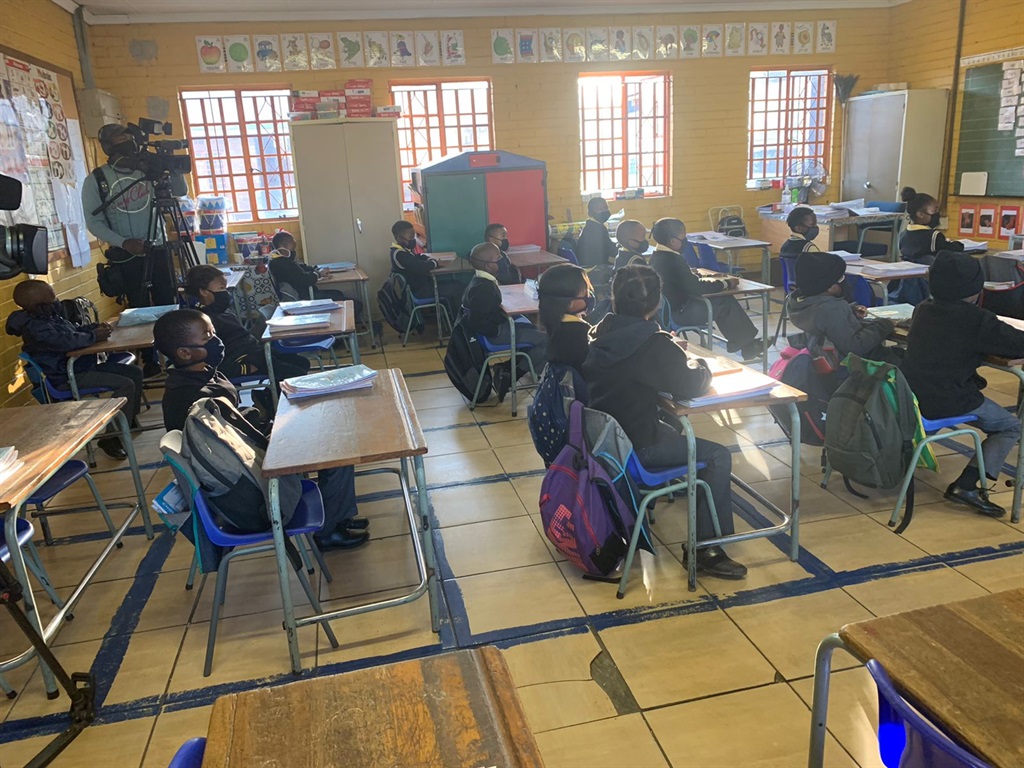 Principal Jabulile Radebe, however, said the large number of pupils was not concerning and the school was ready to proceed with learning.

"We are happy that our kids have returned in large numbers. As a school, we are ready and we will safeguard the pupils," Radebe said.

"We do not have major challenges at the school. In the future maybe we would like a hall, but we do not have anything at the moment that hinders teaching and learning," Radebe added.

Earlier, News24 reported that Basic Education Minister Angie Motshekga gazetted regulations under the Disaster Management Act, stating that pupils from Grade R to Grade 7 should return to school in July.The regulations state that pupils must resume daily attendance and the traditional timetabling model from 26 July 2021, provided that the risk-adjusted differentiated strategy is implemented.