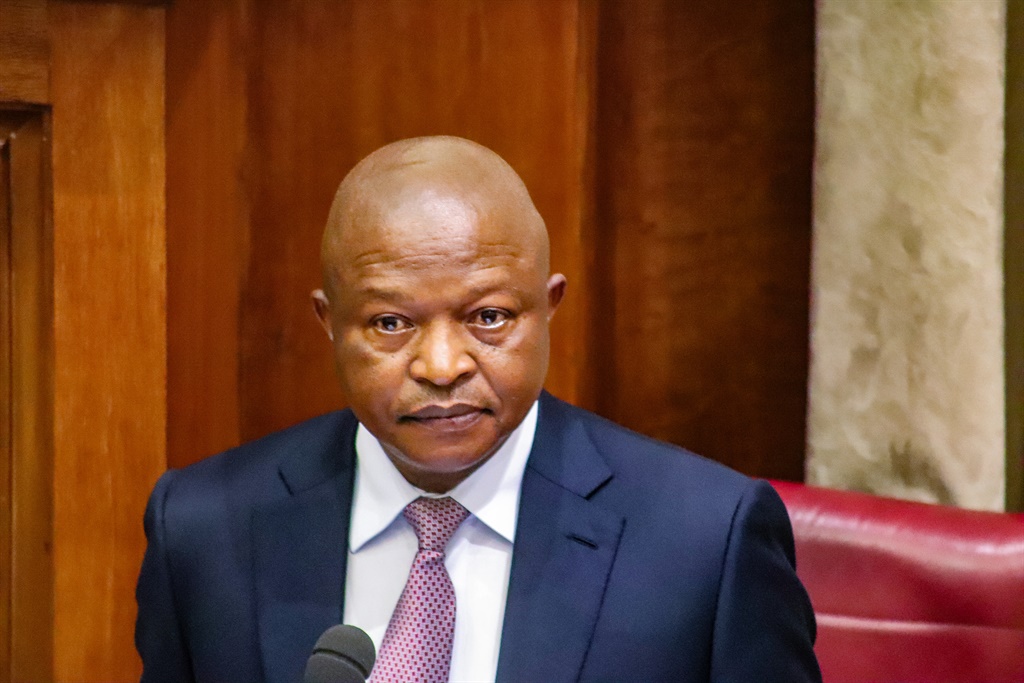 As the opposition continues to question the government's priorities by pointing to budget cuts from services used to finance the R10.5 billion bailout for South African Airways (SAA), Deputy President David Mabuza stuck to his guns: "South Africa needs an airline."

The bailout to SAA was announced by Finance Minister Tito Mboweni last month when he tabled his medium-term budget policy statement (MTBPS), which contained several cuts to other departments to fund the R10.5 billion lifeline to the floundering SAA.

It provided fodder for opposition MPs to shoot holes in the ANC government's bona fides in terms of service delivery.

Answering questions in the National Assembly on Thursday, it was Mabuza's turn to face the firing line in defence of the bailout for SAA at the cost of other departments.

He said, as Mboweni explained, the government's spending has exceeded its revenue over the past decade.

This requires "difficult decisions" in order to tend to "overlapping responsibilities".

"Funding of SAA should be understood in line with preserving strategic and catalytic state instruments for transformation, for growth, for development, for service delivery and employment creation," said Mabuza.

He said the "general skepticism" by some South Africans towards the viability of providing financial support to SAA is understandable, especially against the backdrop of "historical challenges" experienced by the airline.

These historical challenges include "a lot of corruption at SAA".

"South Africa needs an airline. We're just unfortunate [about] what happened in the past to SAA," he said.

DA chief whip Natasha Mazzone, who posed the original question, said since she served on the Portfolio Committee on Public Enterprises in 2011, SAA had 13 different turnaround strategies, none which got off the ground and the airline still has a "defunct, archaic structure".

She didn't get a direct answer, except for the usual response that anyone with information should lay charges.

However, Mabuza said this time it will be different, because the government is looking for an "equity partner" to help run the airline.

IFP MP Liezl van der Merwe pointed to a budget cut of R562 million for the Department of Home Affairs.

"How do you reconcile this budget cut, knowing that our borders are porous?" she asked.

She also asked if Cabinet would investigate whether any ministers aided and abetted the corruption-accused Bushiris in their "great escape" to Malawi.

"We're aware of the situation on our borders," he said, admitting the border is "quite porous" and that "fences have collapsed".

He said the soon-to-be implemented Border Management Authority should remedy that.

On the budget cut, he said: "Government departments must reprioritise."

"SAA is important in this country. We need this airline."

Again, he said the government is "aware of the mismanagement that happened in the past".

He said the Department of Public Enterprises and the Treasury will keep an eye to ensure that this happens.

We can assure South Africans that the money put into SAA will be put to good use.

A day before, Health Minister Zweli Mkhize explained a cut to the health budget during a pandemic by saying the government has a "challenge of competing priorities".

DA MP Siviwe Gwarube said the government made the "spectacularly shocking decision to cut the health budget by 6.6%, which equates to over R680 million" during the devastating Covid-19 pandemic.

"How can your government justify cutting frontline services at a time like this in order to bail out an entity which has not been viable for decades, while healthcare workers are killing themselves to mount a decent response to this pandemic? What could possibly be the ethical justification for South Africa's skewed priorities in this regard?" Gwarube asked.

After a nervous chuckle, Mkhize said: "No, the question that is being asked is a question that is slightly outside the Department of Health. So, I won't go into dealing with the issues of South African Airways."

He said Treasury made addition allocations to the Department of Health when the pandemic struck.

"I think what government does face every now and again is a challenge of competing priorities, where it becomes necessary to, you know, try and rebalance and reprioritise," Mkhize said.

"In this case, we have been through the difficult time, where a number of departments had funds mobilised from them to actually support the Department of Health."

I think what government does face every now and again, is a challenge of competing priorities, where it becomes necessary to, you know, try and rebalance and reprioritise.

As these things tend to go, corruption was high on the agenda and, as always, Ramaphosa reiterated the government's commitment to root out the scourge.

In the run-up to this year's MTBPS, National Director of Public Prosecutions Shamila Batohi told the Portfolio Committee on Justice that a proposed budget cut would undo the gains the NPA made and "undermine the president's commitment to a rebuild the NPA".

Yet, the Department of Justice's adjustment budget, out of which the NPA is funded, read: "R194.554 million is transferred to the Department of Public Enterprises for the implementation of the South African Airways business rescue plan in terms Section 30[2][e] of the Public Finance Management Act (1999)."

ACDP leader Kenneth Meshoe asked whether Ramaphosa would agree with the ACDP that, instead of bailing out failing state-owned enterprises, the money will be better spent fighting corruption.

"I'd like to say that sitting where I sit, as president and as the Cabinet of the Republic of South Africa, we are charged with the responsibility to always seek to create a good balance between what we spend, the country's resources, may I add, the people's resources, and what ends we want to achieve," Ramaphosa said.

He said the funding of the criminal justice system is a "recurring challenge".

He said SOEs were set up to advance the country's developmental goals and "from time to time they do run into financial difficulties".

With the fiscal challenges that we have, we are finding that we've got to balance, we've got to balance the expenditure processes right across various departments and the needs that all these departments have.
President Cyril Ramaphosa
We live in a world where facts and fiction get blurred
In times of uncertainty you need journalism you can trust. For only R75 per month, you have access to a world of in-depth analyses, investigative journalism, top opinions and a range of features. Journalism strengthens democracy. Invest in the future today.
Subscribe to News24
Next on News24
LIVE | SA hits 1 346 936 coronavirus cases and 37 449 deaths