Ten months after the tragic drowning of their son, the family of 13-year-old Keamohetswe Seboko are still struggling to come to terms with his death.

And now the wounds have been reopened following the release of the investigative report into the circumstances that led to his death.

On Friday, Gauteng Education MEC Panyaza Lesufi laid bare the findings of the probe which was compiled by an independent law firm.

Keamohetswe drowned at Laerskool Bekker during a swimming activity on 15 January.

His naked body was found at the bottom of the swimming pool at the school in Magaliesburg.

Although the report ruled out foul play, his family was not convinced and said they had not found closure yet.

Speaking outside their home after being briefed, the teenager's grandmother, Matlakala Seboko, said while it was good that the report had finally been released, it was unfortunate that it would not bring back their child.

"We will forever live with the pain, but I have hope that justice for [Keamohetswe] will be done, so that something like this does not happen to other children in... future."

She added that they were hoping for the department to ensure that justice was served for the death of their son.

Keamohetswe's mother, Lucia, could not hold back her tears as she stood beside family members on Friday. She was too distraught to speak to the media, her mother, Matlakala said. 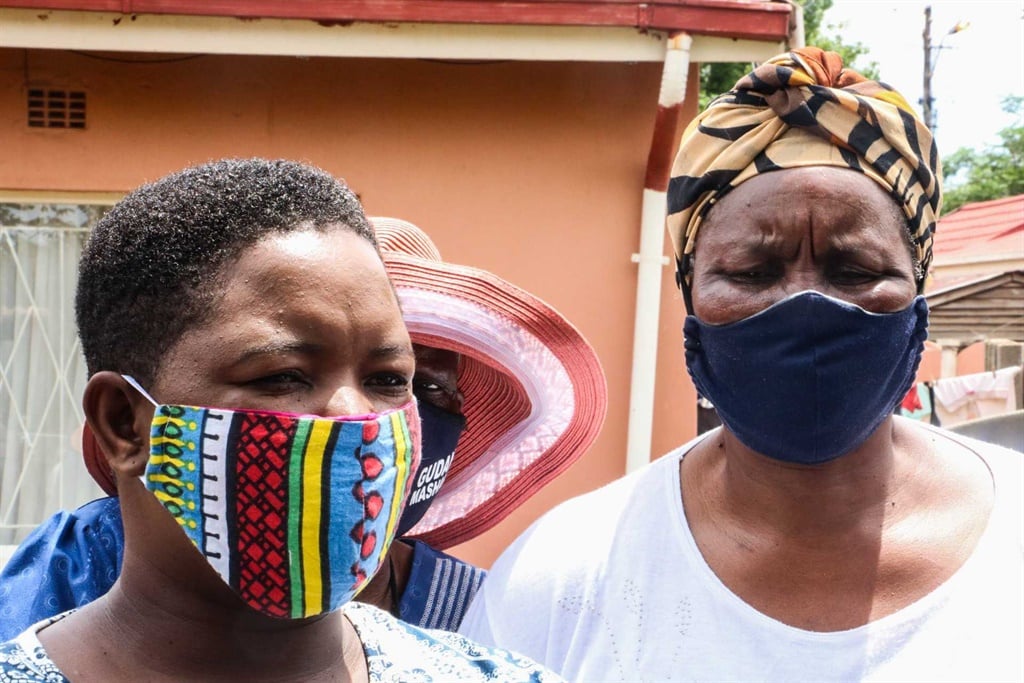 "We still have no closure because inside the report, the postmortem says [Keamohetswe] was found naked and the boy went in the water dressed. So, if it was [a] drowning, when has it ever undressed a person? Those are some of the questions we will never get answers to. The [law firm] tried to investigate as [best] they could, although their report has found that the school was negligent."

Seboko added that as a former SGB member herself, she was well aware once children entered school premises, they were now under the care of their teachers who had a mandate to ensure they were safe.

"We will forever live with the pain, but I have hope that justice for [Keamohetswe] will prevail, so that something like this does not happen to other children in the near future. I am not satisfied with the conduct of the teachers because I believe that, had the first teacher to have been alerted acted, maybe Keamo would have been saved."

Seboko died on the same day Parktown Boys' High School pupil Enock Mpianzi was swept away in the Crocodile River during an orientation camp at Nyati Bush and River Break Lodge in the North West.

Lesufi said the independent probe had sourced footage from the scene and statements from teachers. They felt that there was a misrepresentation of facts surrounding the circumstances of the drowning, and that is why they found the school guilty of negligence.

The MEC said it was believed that girls were supposed to swim first on the day, but the boys had gone first instead. After they had left and the girls went in, one of them had suspected something was wrong upon entering the pool and when she informed the teacher, was, at first, disregarded.

The probe also found "serious inconsistent reports" from the school principal and the teacher who attended to the children at the time.

Lesufi was expected to visit the school on Saturday to meet with the School Governing Body and management team to release the report to them.

He added that the department's legal team would also meet the family next week to determine a settlement, adding that he believed there would be no need to differ and whatever was agreed upon, would be adhered to.

The Seboko family would also be kept abreast of the outcomes of the disciplinary hearings. Lesufi said he was yet to establish which teachers were hired by the department and the SGB.

The full investigative report would not be made public, the department said.

We live in a world where facts and fiction get blurred
In times of uncertainty you need journalism you can trust. For only R75 per month, you have access to a world of in-depth analyses, investigative journalism, top opinions and a range of features. Journalism strengthens democracy. Invest in the future today.
Subscribe to News24
Related Links
Laerskool Bekker drowning: Keamohetswe Seboko to be laid to rest, as probe into his death begins
Deaths of Mpianzi and Seboko: Motshekga calls for end to speculation as she pledges to probe...
WATCH | 'We are turning our schools into mortuaries', says Lesufi as Seboko family seek answers...
Next on News24
LIVE | Covid-19 in SA: Cases rise by 1 931 as death toll goes up by 17

Here are the results for the Daily Lotto draw
Full list of lottery results
Lockdown For
DAYS
HRS
MINS
Voting Booth
Matric results are out! Are you happy with your child's result?
Please select an option Oops! Something went wrong, please try again later.
No, the pandemic really messed up their ability to focus
32% - 246 votes
Yes, they did well given the circumstances
68% - 524 votes
Previous Results
Podcasts
LISTEN | The Inge Lotz Story - a miscarriage of justice