'We want him to know South Africans are still angry': ANC, partners protest against Walus release 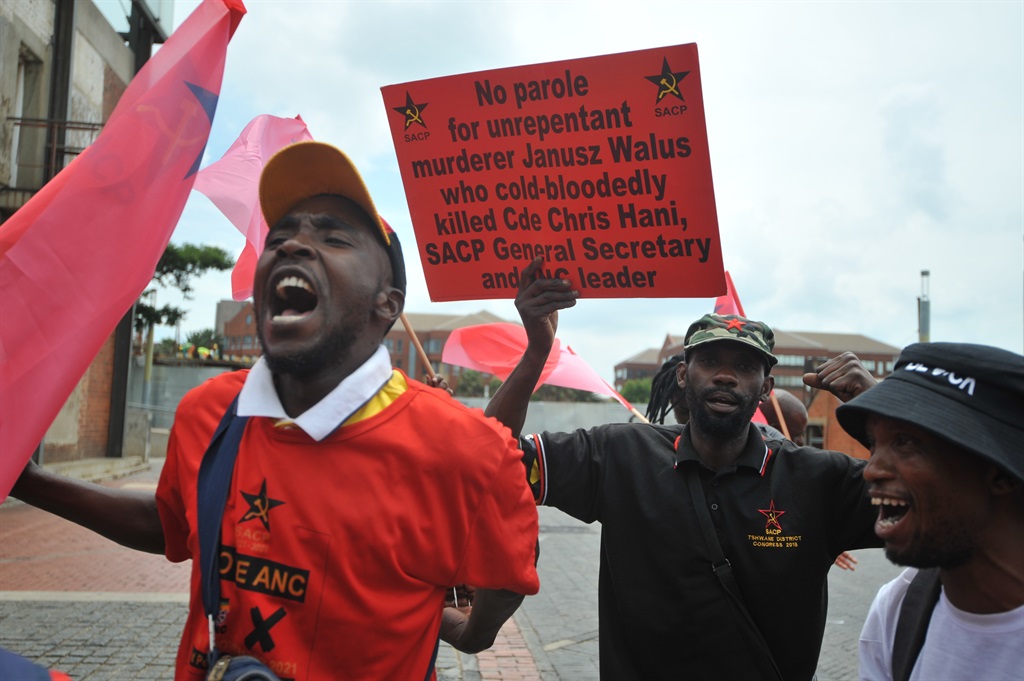 The ANC and its alliance partners are not protesting against the law or a Constitutional Court judgment that ordered Janusz Walus' release on parole, but rather to register dissatisfaction that Chris Hani's murderer is being released.

The ANC, SACP, Cosatu and MK Veterans will be marching to Kgosi Mampuru Prison in Tshwane on Tuesday, where Walus has been serving his sentence for the assassination of Hani in 1993.

The protesters have been gathering in Burger's Park in Pretoria ahead of the march to the prison.

Lesufi told News24 that the protest was not against the Constitutional Court judgment, or an attempt to challenge the legality of the ruling.

It was a protest to voice their dissatisfaction that Walus was being released and to let him know that his crime had not been forgotten or forgiven, he added.

"We respect the decisions of the court. We respect he is on parole, but we also have the right to protest," Lesufi said on Wednesday morning.

"We don’t want to give him a hero’s welcome. Because if he walks out that prison when there is no one outside, he will think he is a hero. That is a walk of shame, nothing else but a walk of shame."

While the protest may not strictly be about the apex court’s ruling, Lesufi did touch on his views of the judgment.

He said Walus was clearly not truthful at the Truth and Reconciliation Commission, which should have been a factor against his release. He added that the victim-related processes were not adhered to in determining his parole.

"That is why the Hani family is so furious and angry."

On Tuesday, the correctional services department confirmed that Walus had been stabbed by a fellow inmate at the prison.

The department said he was in a "stable" condition and was receiving treatment.

An inmate who claimed to have witnessed the stabbing said he had seen a lot of blood.

Correctional services said a "detailed incident report" would be provided at a later stage.