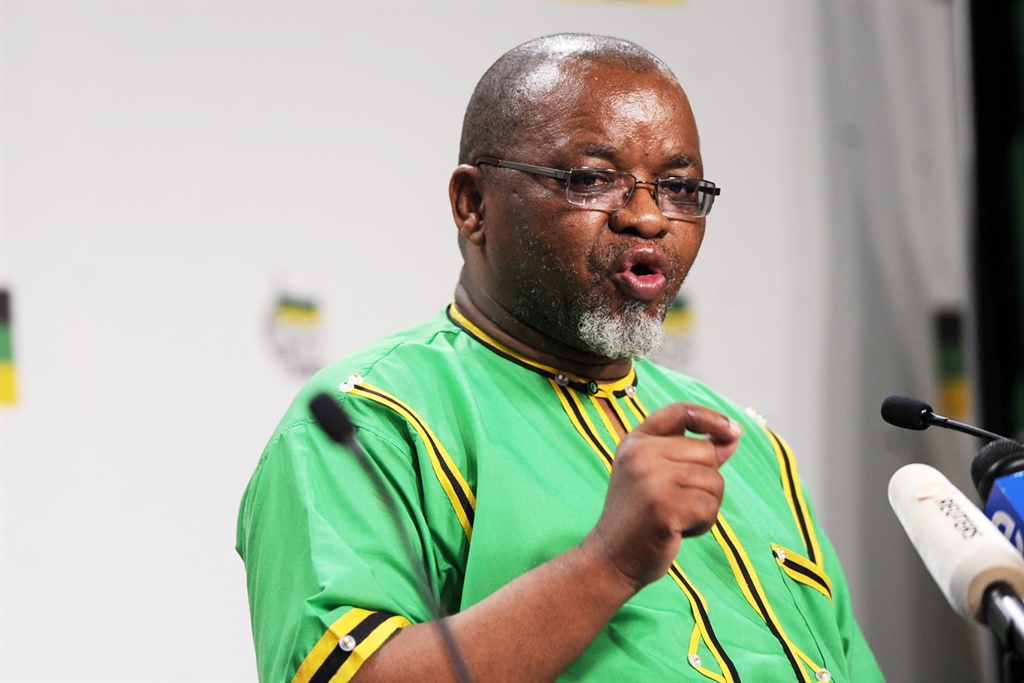 The ANC's national chairperson, Gwede Mantashe, has opted not to publicly react to suspended Secretary-General Ace Magashule's decision to haul the party to court over his suspension, telling News24 the matter will be dealt with legally.

Magashule in his court papers, served on the ANC on Thursday night, claimed that Mantashe, alongside fellow national executive committee member Zizi Kodwa, received nothing but a slap on the wrist from the party and weren't asked to step aside, even though they faced serious corruption charges.

Magashule wants the Johannesburg High Court to rule invalid the letter of suspension he received from the party. He also said he would bring an application asking that the ANC's step-aside resolution be declared "unlawful", unconstitutional, invalid and null.

READ | Magashule asks court to reverse his ANC suspension... and suspend Ramaphosa instead

Meanwhile, Kodwa told News24 he has not been involved in any wrongdoing and he distanced himself from the corruption allegations in Magashule's papers.

I deny these allegations and I refuse to be dragged (in) and dignify them.

Magashule claims the step-aside resolution was deliberately manipulated to exclude certain individuals who were also implicated in wrong-doing.

"This can be illustrated by making reference to a list of names which was made by the Integrity Commission and which, according to the original resolution, had to be removed from the National Legislature list," Magashule says in his papers.

"That list included Mr. Mantashe and Mr. Kodwa. However, on the revised resolutions, these two persons at present continue to sit in the NEC, in Parliament, and Cabinet meetings," he said.

Magashule said if the two denied the allegations, he would make evidence available to the courts. Magashule has preferred to stick to the original version of the 2017 conference resolutions which stated that all those who have been reported or alleged to be involved in criminal activity or wrongdoing should step aside, but this was subsequently narrowed to only include those who had been charged with serious crimes.

"If this accusation is denied, I will provide further details of ANC leaders who are in the dominant faction including the likes of Mr. Gwede Mantashe and Zizi Kodwa, who have been implicated in serious allegations of corruption but remain seemingly immune to prosecution and/or the reach of the step-aside rule," Magashule said.

Although Magashule did not give details about the alleged corruption in his papers, it was previously reported that Kodwa was one of several ANC members who received money from corruption accused business tycoon, Edwin Sodi. The director of law firm ENSafrica Forensic, Stephen Powell, told the Zondo Commission that EOH director Jehan Mckay made payments to Kodwa, former President Jacob Zuma’s adviser Siyabulela Sintwa, and former ANC youth league leader Reggie Nkabinde.But Kodwa claimed there was no foul play.

Mantashe was implicated in evidence at the commission in a Bosasa scandal in which it was alleged that high-end security cameras were installed at three of his properties and paid for by Bosasa.

Mantashe, too, has denied wrongdoing.

In his last desperate attempts to try to retain power at Luthuli House, Magashule said there were dangers in narrowing the national conference resolutions.

He claimed that any faction which managed to "capture" the leadership of the National Prosecuting Authority, as he believed Ramaphosa to have done, would be immune to the resolution in its narrowed-down form.

Magashule said he expected the courts to declare the "conduct" by the NEC as unlawful, unconstitutional, and to set it aside.

He was suspended by the party's NEC when he refused to step down after being charged with corruption and fraud related to a multi-million rand asbestos tender in the Free State during his time as premier.

Did you know you can comment on this article? Subscribe to News24 and add your voice to the conversation.
We live in a world where facts and fiction get blurred
In times of uncertainty you need journalism you can trust. For 14 free days, you can have access to a world of in-depth analyses, investigative journalism, top opinions and a range of features. Journalism strengthens democracy. Invest in the future today. Thereafter you will be billed R75 per month. You can cancel anytime and if you cancel within 14 days you won't be billed.
Subscribe to News24
Next on News24
LIVE | Covid-19 in SA: 3 801 new cases