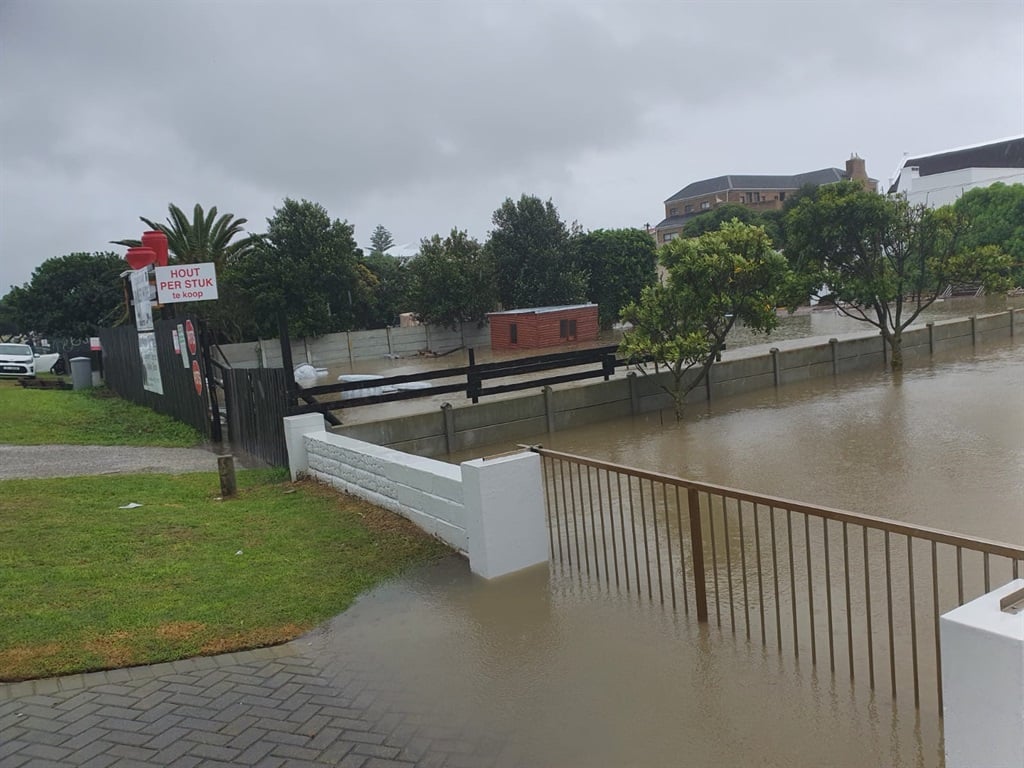 Winter storms have made landfall in the Southern Cape.
Reinard Geldenhuys/ Fire and Disaster Management

Disaster management officials in the Western Cape have asked the South African Air Force to be on standby to rescue people affected by flooding after a storm hit the province on Wednesday.

Colin Diener, the province's chief of disaster management, told News24 that they received several reports of people who were trapped as a result of the flooding.

He said: "The rescue teams are still working on reports of people [who] are trapped. We don't have too much information, as you can imagine, with the rain, but the Overberg district is working at the moment. We have asked the South African Air Force to be on standby if we need to use helicopters..."

Two people died in Bonnievale flooding after a truck became stuck between a river and a vineyard in Angora Road. Emergency services officials and police divers were dispatched to the scene to remove the two bodies, he said.

One person has been reported missing at Stormsvlei, and there are people trapped in houses and a vehicle in the area. Another person is trapped in a vehicle at Riviersondetend, but is uninjured, added Diener.

Diener said the Overberg district seemed to have been hit the hardest and added that a team would be sent there on Thursday morning to assess the damage.

"The biggest problem is in the Overberg district at the moment. We have had quite substantial flooding in the Struisbaai area. Up to about 109 millimetres [of rain] fell during the day. There has been quite a lot of hail. We received a lot of reports of people [who] had been trapped by the water in specific areas," he said.

Overberg emergency services personnel have been working tirelessly to assist people in the Cape Agulhas municipal area, which has experienced flooding and power outages as a result of the storm.

"People have been evacuated from their homes and are housed at the Struisbaai Caravan Park, Struisbaai Community Hall and other places of accommodation. We are monitoring and assessing other areas and will keep you informed should the situation change," the municipality said in a statement.

A food bank has been opened to help those who were affected by the storm and people can drop off non-perishable food items at Meals on Wheels, situated at 67A Hoofweg, Struisbaai, between 08:30 and 14:00. Cash donations can be deposited into the municipality's bank account.

Roads have also been affected.

The Meiringspoort Pass between Oudtshoorn and Beaufort West was temporarily closed due to flooding. The pass was later reopened for 4x4 and heavy vehicles, but not for light delivery vehicles. More rain is expected.

The Oudtshoorn municipality's disaster management officials are still waiting for information on the situation at the Swartberg Pass.